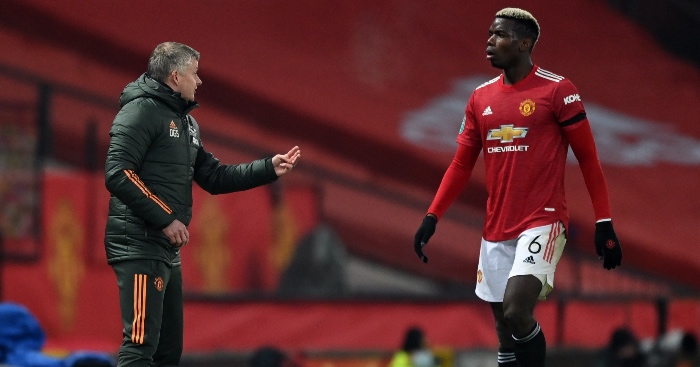 Paul Pogba says “details” cost Manchester United as they lost 2-0 to Manchester City on Wednesday, claiming his side “have to learn” how to prevent further defeats in big cup games.

Goals from John Stones and Fernandinho secured victory for Pep Guardiola’s side, who will face Tottenham at Wembley.

MAILBOX: Harry Maguire deserves a break, and other mails…

The defeat marked the fourth time Ole Gunnar Solskjaer’s side have been knocked out of a semi-final in the past year and Pogba admits the players were downbeat in the dressing room at full-time.

“Of course it is disappointing because it is not the first one against City at home,” Pogba told MUTV.

“We are disappointed with the result, obviously, with the two goals from set-pieces.

“It can go both ways but we lost today. It is not the first one, like I said.

He added: “It is details. Details make the difference all of the time and now when it is big games like this, it is details and at set-pieces we lost.

“We have to learn, we have to get through this because, after this, there are big games coming up after tonight and tomorrow we will go again.”