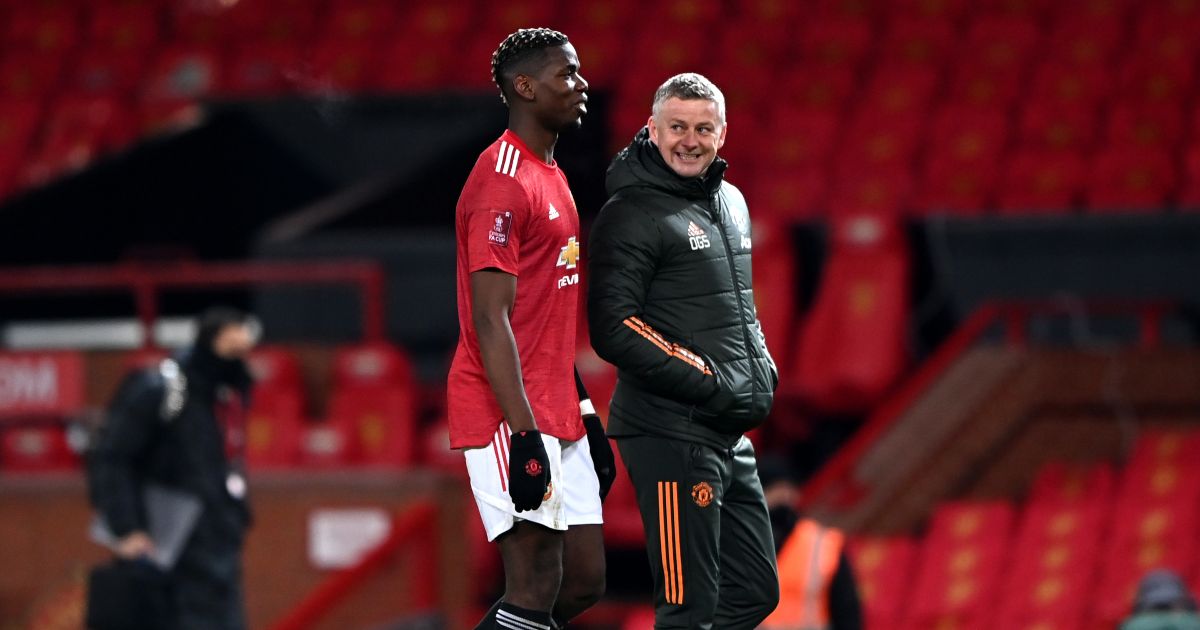 Paul Pogba says Manchester United have to win a trophy this season.

Ole Gunnar Solskjaer has previously said United’s progress under him should not be judged on whether they win silverware and that obsessing over trophies was an “ego thing” for some managers.

But Pogba, who was a World Cup winner in 2018 with France, takes a different view and believes United have to decorate their trophy cabinet this season.

They are in the semi-finals of the Europa League, the last silverware they won when they beat Ajax under Jose Mourinho in 2016.

“Personally I miss it a lot and feel like I miss something,” Pogba told Sky Sports. “We have to win something.

“I just want to win something; I don’t like to play and not win.

“I’m a bad loser, I will always be a bad loser, so every time I play, I want to win. Personally, we want it very bad.

“I think we are getting closer and closer – there is improvement I would say.

“When I say improvement, this club has such big goals and objectives we want to achieve and that is to win and to have a trophy to hold. That is what we want and that will be the big step.

“I’m happy, we’re there, we’re close. We’re still in the Europa League, we still have something to play for.

“We have the league still, as long as (Manchester) City don’t have the trophy, we’re going to keep working and playing.

“We still have a chance to win something this year so, why not?”

Pogba also revealed how much he enjoys sharing the pitch with Bruno Fernandes.

“He’s all over the place, he can do everything really… except defending! But really, it’s always a joy to play him, to understand him. He understands me as well, he can take my position, I can take his position as well.

“I think he suits the team, he’s a very dominant influence in our team.”