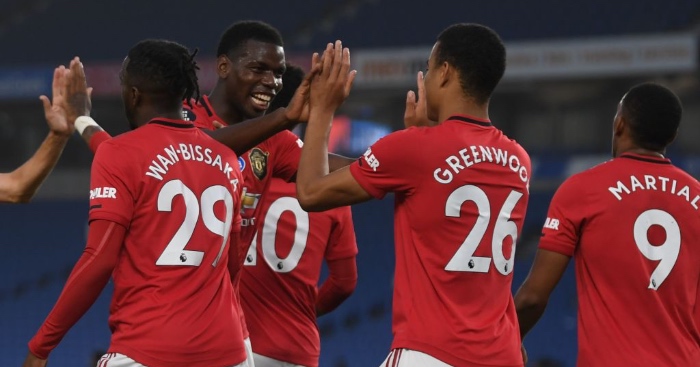 Paul Pogba is not getting carried away despite Mason Greenwood’s wonderful run for Manchester United.

The 18-year-old has scored four goals and provided one assist since the restart as United’s unbeaten run in the Premier League has stretched to ten games.

But Pogba has urged United to “protect” Greenwood, to avoid him going the same way as other talented players to come through at the club.

“Everybody knows about his talent but we’ve seen talented players here doing great at the start and then end up at other teams,” said Pogba of Greenwood on the United Review.

“He knows it – I like to speak with him. I want to see him, with his quality and his talent, score above 15 goals a season and with the time we have left [this season], easy. He knows he has to work hard and that he’s not there yet.”