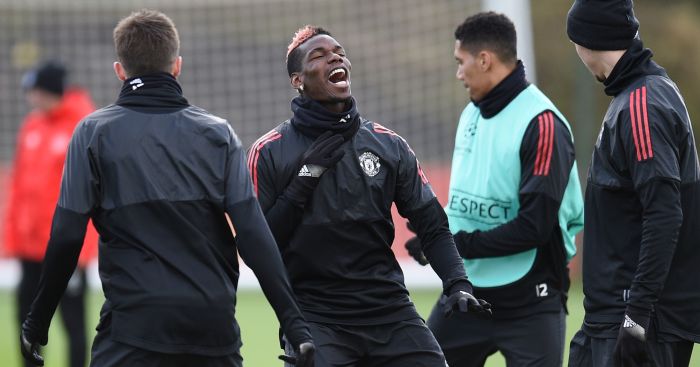 Manchester United will fine Paul Pogba for his social media post following Jose Mourinho’s sacking, but a report claims the Frenchman is happy regardless.

Mourinho was sacked on Tuesday, with United having had their worst points return after 17 matches in the Premier League era, with Sunday’s chastening 3-1 loss at Liverpool leaving them 19 points behind their bitter rivals.

Pogba was quick to react, posting “Caption this!” alongside a picture of himself adopting a knowing look on social media following the Portuguese’s departure on Tuesday, but later deleted the post.

The post even drew a furious rebuttal from former United man Gary Neville, who simply responded: “You do one as well!”.

Regardless of the excuse from Pogba’s team that it was a scheduled marketing post, the Daily Mail reports that the Red Devils will fine the World Cup winner.

Meanwhile, a report from the Daily Mirror claims that Pogba was leading the celebrations at Carrington following news of the Special One’s departure.

They state that the “whole mood at the Manchester United training ground changed dramatically” once word got around of Mourinho’s axing.

Executive vice-chairman Ed Woodward delivered the news to the squad, and Pogba apparently high-fived team-mates after finding out.

The France international was an unused substitute in United’s 3-1 defeat at Liverpool on Sunday in what proved to be Mourinho’s last game, with the pair having had a tense relationship in recent months.