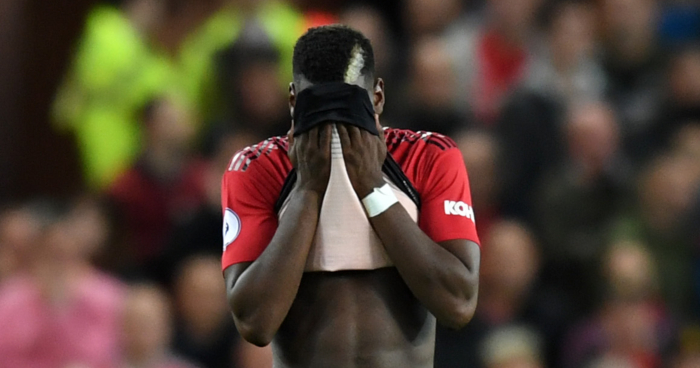 Paul Pogba admits that even Manchester United “don’t understand” how they lost to Tottenham.

United were thrashed 3-0 at Old Trafford on Monday in a game from which 16 Conclusions were drawn, and subsequently read by you, dear reader.

The hosts were absolutely sensational in the first half in a performance that will surely be entered into football folklore, but were undone by three instances of Tottenham rudely deciding to capitalise on a sh*te defence by scoring three times.

Pogba, at his ineffective best, found the result inexplicable, such was United’s complete and utter dominance for 45 minutes.

“Even we don’t understand,” Pogba told RMC Sport. “We started the game really well, and we concede two goals in the second half. That was tough to take.

“The first goal, we did not understand, because we had the match in our hands. One goal, two goals… we continued to push, we had chances, and then we concede the third.

“Our fans were still pushing us. We are really sorry for them, and really disappointed, we wanted to do better.

“I think that this is a defeat that we did not deserve. When you want something… football can be cruel. We just have to bounce back.

“It will not be easy but it is only the beginning of the season. We are going to continue, you should not be worried. We are Manchester United and we will never give up.”