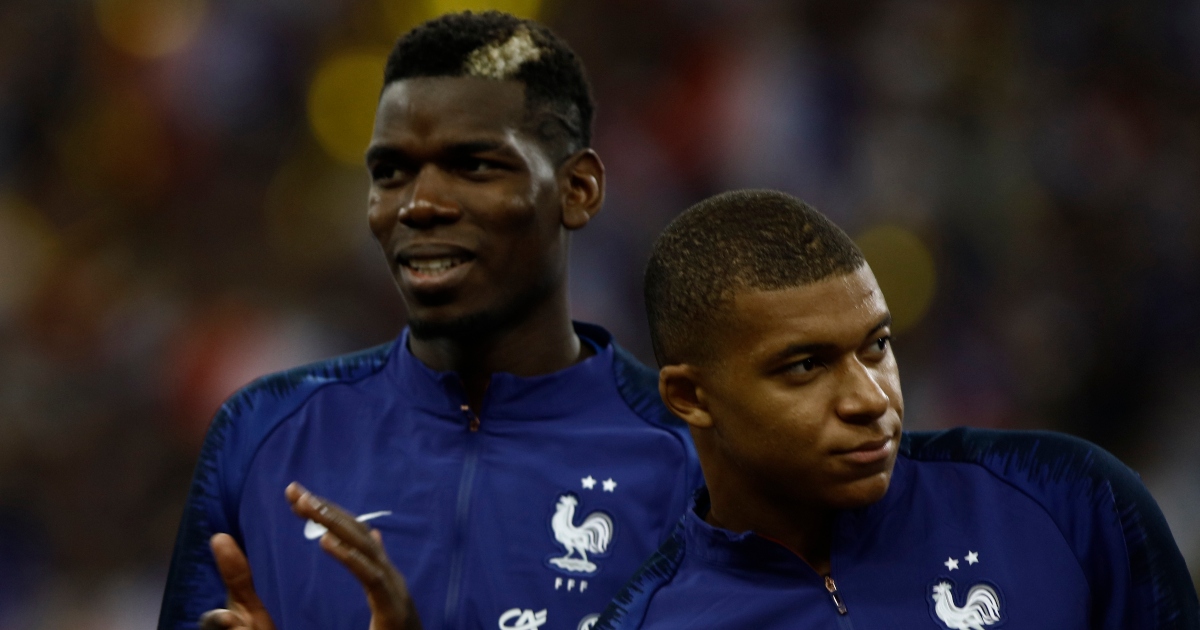 Real Madrid will consider a move for Paul Pogba next summer, adding him to their main two targets who will be the ‘cornerstone’ of their rebuild.

The Manchester United star’s future at Old Trafford remains uncertain with less than a year now left on his current contract.

He was heavily linked with a move to Paris Saint-Germain this summer, but currently looks set to run down his United contract and be available as a free transfer in a year’s time.

And Marca (via Sport Witness) claim that the Frenchman is one of the targets identified by Real Madrid.

The Spanish giants were left disappointed on deadline day as PSG rejected their approach for Kylian Mbappe, whose contract is also up next summer.

And the outlet claims that Madrid plan to sign Mbappe on a free transfer and also bring Erling Haaland to the club – who has a release clause of around £65m coming into effect.

That pair will be the ‘cornerstone’ of the rebuild at the Bernabeu.

But the report also warns ‘do not rule out’ a move for Pogba as ‘another possible addition’.

They may well have competition for the World Cup winner’s signature though, particularly if he doesn’t extend his United deal and is a free agent.

Tuttosport say ‘the risk of history repeating itself’ is ‘concrete’ as The Old Lady would quite like him back.

They say that Pogba ‘wants to try something new,’ which the player himself confirmed as far back as summer 2019 when he spoke of having “a new challenge somewhere else”.

Meanwhile, new United signing Cristiano Ronaldo has apologised for his actions after breaking the all-time men’s international goalscoring record in Portugal’s 2-1 victory over the Republic of Ireland on Wednesday.

He was shown a yellow card for taking his shirt off in celebration, meaning he will miss his side’s next World Cup qualifier.

He said after the game: “I forgot. It’s the emotion of the game. Maybe the coach will give me a hard time, but it doesn’t matter. The important thing was to help the team. I’m sorry, but the emotions speak louder.”