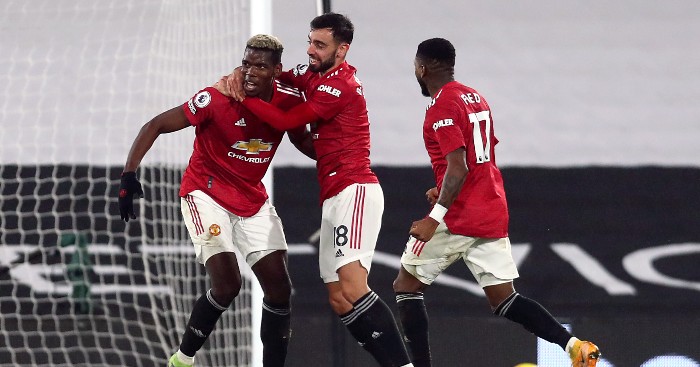 Rio Ferdinand has pinpointed the key to Paul Pogba’s “magnificent” form for Manchester United after his starring role in the win over Fulham.

The World Cup winner scored a stunning goal to earn all three points for United to send them back to the top of the Premier League.

Despite continuing questions over his future at the club, his form has improved dramatically in recent games and Ferdinand has explained what’s changed.

“The big difference recently is he’s been playing quicker. He’s quick with what he’s doing, the efficiency is top, top drawer.

“He is a magnificent footballer and when he’s in this form, he’s one of the best.”

Solskjaer is similarly impressed with his midfielder’s performances.

“That’s the key with Paul getting him match fit and running fit and he is at the moment.

“Got an early yellow card but still defended well. Stood his ground, there was one tackle in the second half that I was worried about…could have got the lad.”