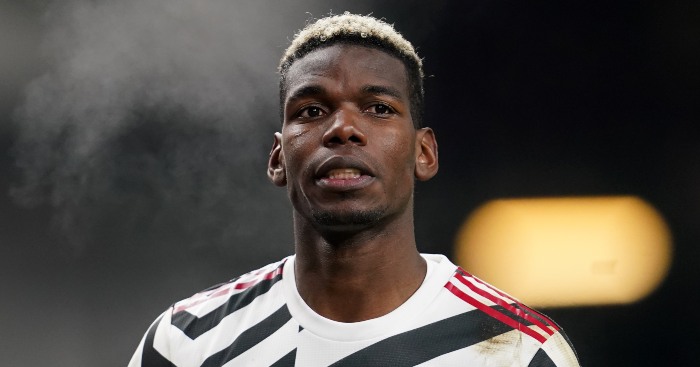 “I can say it’s over for Paul Pogba at Manchester United,” said Mino Raiola. What he did not say is that when things are ‘over’ for Paul Pogba, he redoubles his efforts, narrows his focus and edges closer to becoming the world-class player that United absolutely should want to build a title-challenging team around. These are confusing times and these are mixed messages. If this is the final f*** of a fractious marriage, both parties might eventually walk away with a smile.

It may well be that United are providing little more than a shop window for Pogba – though that interpretation is unfair on an elite footballer who craves victories and silverware like any other elite footballer – but United should embrace that shop window status if it aids their return to the top table. They literally returned to the top of the actual table on Tuesday night with a 1-0 victory in Burnley; their best chance of staying there undoubtedly involves the Frenchman. If he proves himself to be worthy of a move to another super-club by this summer, it probably means that United are once again title contenders.

Pogba has been truly excellent in recent weeks, timing his improvement beautifully to coincide with Bruno Fernandes’ almost inevitable loss of rhythm after almost a year of being a one-man band. He was man of the match at Turf Moor, not just because of his excellent finish and not just because of the sumptuous pass to Anthony Martial that should have led to 2-0, but for his physicality and discipline throughout 90-plus draining minutes. The footballer derided as a luxury, fair-weather player won more aerial challenges and made more clearances than any other player on the pitch. At Burnley! He was Marouane Fellaini with the finish of Paul Scholes.

Someone get a camera on Souness ASAP, I need to see the veins in his head bulging in anger from that Pogba masterclass

This was certainly not a night for luxury; the first half was a thankless slog, not helped by the vagaries of VAR, which took a lifetime to make the right decision about Luke Shaw but not nearly long enough to rule out a Harry Maguire ‘goal’. “Load of f***ing nonsense,” shouted Ole Gunnar Solskjaer, and we were inclined to agree. It was painful to watch as United were pulled down to Burnley’s level, but a half-time reminder that they are largely excellent footballers was enough to see them immeasurably improve in the second half, with Pogba at the heart of everything United did right.

This is not a great Manchester United side by any stretch of the imagination – they wobbled rather too much in defence and five goals in five games does not suggest that their attack is anything other than faltering – but it might not take a great Manchester United side to win, or at least challenge for, the title this season. Solskjaer, to his credit, has realised that even a disaffected Pogba is one of his most potent weapons in that mission. There is an alliance between the pair that can only benefit this great club and its desperate fans.

We can’t say it’s over for Paul Pogba at Manchester United just yet. But if this is the beginning of the end, it could yet be glorious.