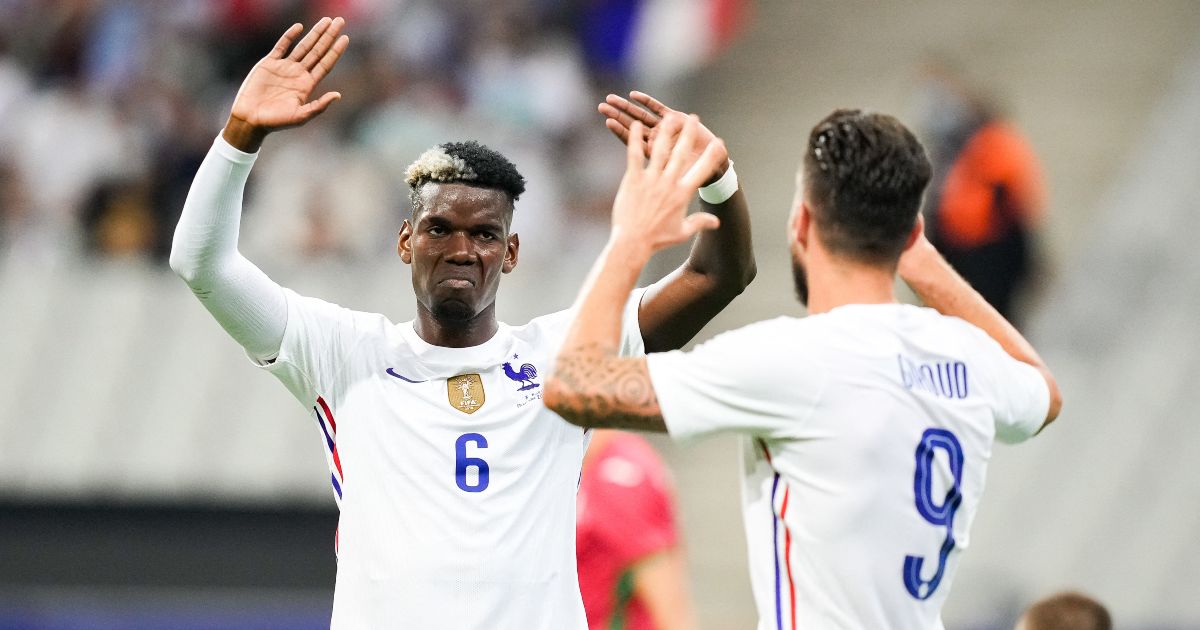 Paul Pogba is “much more respectful” when he plays for the French national team than when he is with Man Utd, according to former Liverpool midfielder John Barnes.

Since his £89m move from Juventus in 2016, Pogba, and especially his agent Mino Raiola, have been controversial figures around Old Trafford.

There have been constant rumours that he could leave the club and that he is unhappy at Man Utd – but he has enjoyed a relatively drama-free campaign as he helped Ole Gunnar Solskjaer’s side finish second in the Premier League.

Pogba was selected by Didier Deschamps to represent France at this summer’s European Championship, which starts tonight as Turkey take on Italy.

The midfielder will be key as France look to live up to their favourites tag by winning the tournament.

And former England international Barnes claims that Pogba is “much more professional” for France than he is for Man Utd.

Barnes told BonusCodeBets: “Paul Pogba has always played better for France than for Manchester United, because he has a different attitude when he plays for his country.

“He is much more respectful of the French national team and his team-mates, in terms of not seeing himself as the superstar, the most important person. Whereas when he plays for Manchester United, there are times when he wants to dominate the whole situation, and he doesn’t do that for France.

“That’s been the case for a few years, including when they won the World Cup in 2018. He puts in a much better, much more professional, committed, determined, humble performance for France.

“For United, maybe because of his price tag and because he feels like a superstar because he cost £90million, he tries too hard to do special things.”

One of the summer transfer window’s big talking points is the possibility of Erling Haaland leaving Dortmund with Chelsea heavily linked recently.

But Barnes doesn’t think buying Haaland would make Chelsea favourites for the Premier League next season as they would still be behind Manchester City or Liverpool.

Barnes added: “If Chelsea sign Erling Haaland, they’ll be very strong next season. It’s not that Chelsea don’t score goals, but they could do with someone who is more clinical.

“It’s clear that things haven’t worked out for Tammy Abraham under Thomas Tuchel, while Timo Werner is not an out-and-out goalscorer.

“Haaland would improve most teams in terms of their goalscoring, and he would improve Chelsea and make them title challengers, but it wouldn’t make them the favourites ahead of Manchester City or Liverpool.”