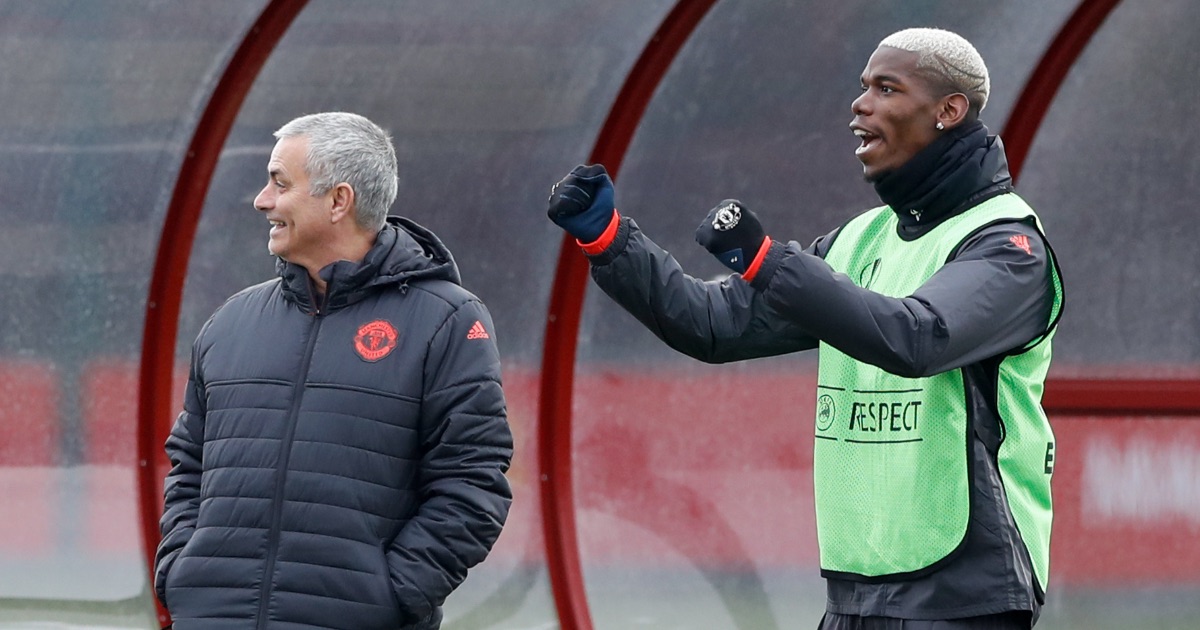 Mourinho and Solskjaer were involved in a war of words in the wake of United’s 3-1 win over Tottenham, with the pair embroiled in a bizarre discussion over whether they should be feeding their children.

And Pogba was asked about the episode in an interview with Laura Woods for Sky Sports, in which she asked the midfield star about what the players made of it.

“I didn’t see it to be honest,” Pogba said. “I’m not sure what happened. I’m sure Mourinho put something, or said something that would [make] people speak – that’s what he does.

“We got the result that we wanted. Ole knows it and we enjoyed that moment because we know how Mourinho is and we know what he likes. We don’t need this, we just focus on us.

“Everybody knows him – it’s very Mourinho.”

Pogba had good times and bad times under Mourinho under Old Trafford, but seems to be happier under the stewardship of Solskjaer and was asked what he thinks the differences are between the two managers.

He added: “I think both wants to win, obviously.

“What i have now with Ole is different because he wouldn’t go against the players. He maybe doesn’t put them down and it’s not like he puts them on the side and they dont exist anymore.

“Once I had a great relationship with mourinho – everybody sees that – and the next day you don’t know what’s happened and that’s the strange thing that I had with Mourinho.

“And i cannot explain to you because even me, I don’t know.”

Asked what it is about Solskjaer’s management that suits him, Pogba replied: “He’s maybe a bit closer to the people.

“But every coach has their way to coach, their own way to deal with the players and as a player you have to adapt. Sometimes it doesn’t suit you, sometimes it does suit you.”