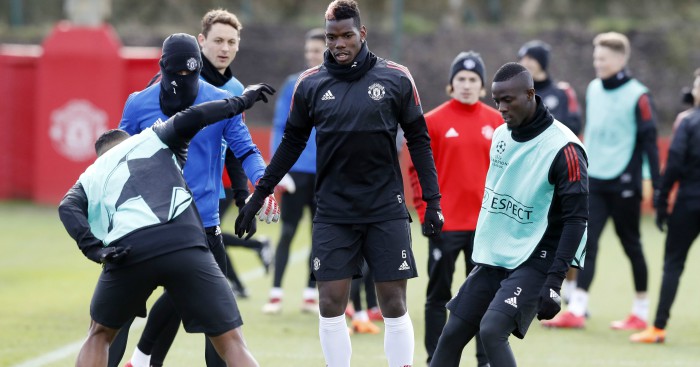 Manchester United manager Jose Mourinho has put his injury-hit squad through their paces ahead of the Champions League last 16 tie against Sevilla on Wednesday.

Mourinho has seen several big names join a lengthy injury list since the FA Cup win at Huddersfield on Saturday and took training with the remaining fit players at Carrington on Tuesday morning.

Goalkeeper David Gea is set to return after being rested for the Huddersfield game but midfielder Paul Pogba has been described by Mourinho as doubtful for the game in Spain.

Pogba trained with his team-mates at Carrington along with Zlatan Ibrahimovic, who had been expected to miss out against Sevilla.

Marcos Rojo, Phil Jones and Marouane Fellaini are not expected to play any part in Spain.

The injuries to defenders Rojo and Jones mean the return to fitness of Eric Bailly is timely after he played as a late substitute at Huddersfield.

Marcus Rashford, Ander Herrera and Antonio Valencia have a chance of recovering from injury to play in Spain, with all three joining in training.

Rashford and Herrera have missed the last couple of games. Valencia played in the Premier League defeat at Newcastle but missed out at Huddersfield.