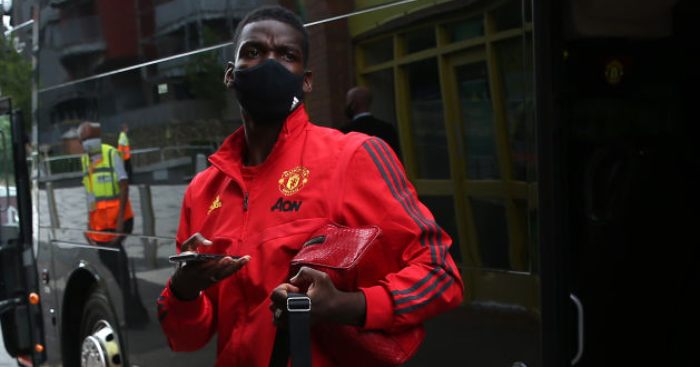 The midfielder opened up on his desire “to have a new challenge somewhere else” last June before staying at Old Trafford and eventually finding his way back into the first team after injury.

The 27-year-old has seemed more settled than ever of late, with some reports even suggesting contract talks were imminent, but he has quite happily entertained the prospect of a move to Real Madrid again.

Why Klopp ‘would not put up with’ Pogba at Liverpool

“We have all heard that things have been said,” he said. “What to say? Yes, all footballers would love to play for Real Madrid. It might be a dream.

On the subject of his actual current club, where his contract runs for another year, Pogba deigned to add: “I heard a lot of noise that I was going to leave and I was going to leave to clubs left and right. Today, I am still at Manchester United and I am fighting to try to take the club even higher.

“I prefer to concentrate on football and on returning to fitness. Nobody has said anything to me. I have not spoken with Ed Woodward. I have not been spoken to about an extension.

“For the moment, I am at Manchester United and I am thinking above all to hit my top form. I think that there will be a moment where the club comes to speak to me and maybe offers me something, or not.

“Nothing has happened. I cannot tell you something that I know nothing about. I am really thinking about me, to come back well and to produce great performances for my club.”