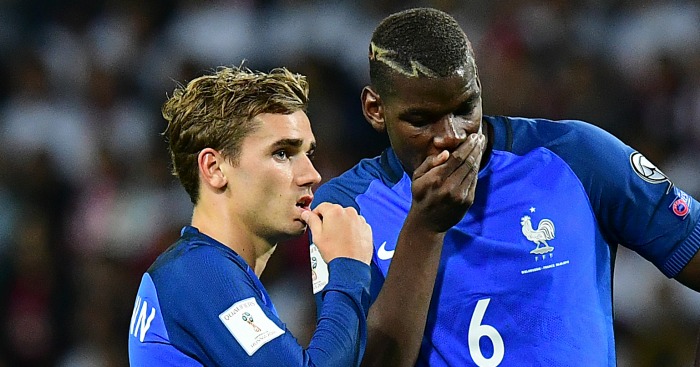 Paul Pogba “surprised” his France teammates during the World Cup with his motivational speeches.

Pogba was integral in the summer as France lifted their second World Cup trophy.

The Manchester United midfielder scored in the final against Croatia and was one of the chief architects of their success in Russia.

Antoine Griezmann says his impact did not end on the pitch, and even extended to the dressing room.

“Paul has really moved up a notch in the dressing room. He had the right words, which has pushed us,” Griezmann told L’Equipe, as translated by Sport Witness.

“Hugo, Raph and Blaise, we knew that they were there, but Paul, yes, we became more surprised and the way he spoke, it did us good.

“Every time he speaks, I want to laugh. Paul is so used to the funny, which is why it surprises me.

“It is for this reason that when he speaks, Paul never looked at me. He knows that I would have a small smile, due to which he can laugh at any time.”