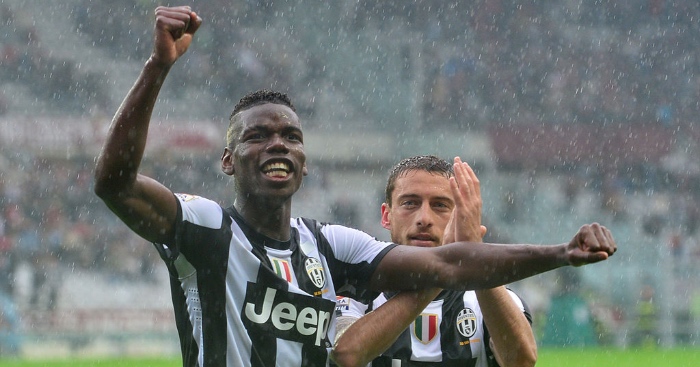 Pogba is currently in the midst of a media frenzy surrounding his future at the club.

France manager Didier Deschamps recently said that the player ‘cannot be happy’ with his situation at United.

The 27-year-old has been benched on occasions by manager Ole Gunnar Solskjaer.

He’s also failed to impress United fans when he has started matches.

Marchisio has now revealed his take on Pogba’s next career move.

Replying to a tweet from the player, Marchisio said: “Please Paul Pogba. Come to Juventus. You will be happy again. Me too.  #tilltheend.”

The comment will only intensify rumours about Pogba’s future.

He has been linked with a return to Juventus in the past, where he is seen as a club hero.

Whilst playing in Turin, he won four consecutive league titles between 2012 and 2016.

He made the £89 million switch to Old Trafford back in August 2016. That made him the world’s most expensive player at the time.

But things haven’t always been rosy in Manchester. The player has suffered from plenty of character attacks by pundits and has performed below par in plenty of matches.

He’s previously revealed that this is one of his darkest times as a United player. Pogba has had to face the arrival of both Bruno Fernandes and Donny van de Beek, who play in similar positions.

Deschamps has tried to help Pogba’s confidence with France.

The manager said: “He’s not in his best form, of course. I knew that before the game.

“This match was meant to give him some rhythm. He knew that he would only play for an hour.

“It’s hard to remember to be positive. Obviously, he’s not in one of his better periods.

“Like all players who have a club situation that is not positive, they are also impacted mentally. I know him well enough and it can happen at some points.”