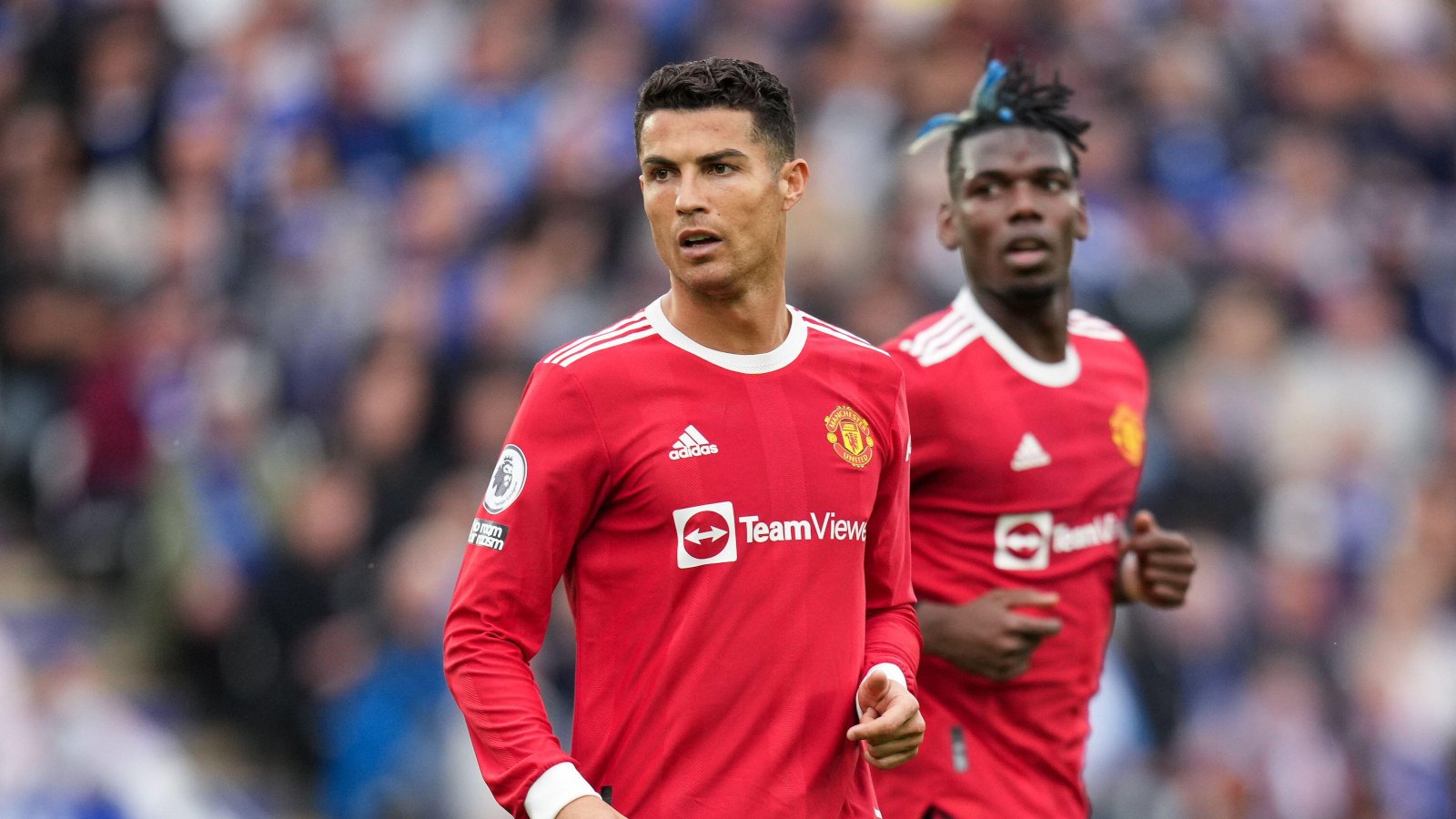 Ralf Rangnick has confirmed Cristiano Ronaldo is available for their clash with Arsenal, whilst Paul Pogba may never play for Manchester United again.

Ronaldo missed United’s 4-0 defeat at Liverpool on Tuesday evening following the death of his newborn son.

The Portuguese legend is now back in training and is one of several stars who missed the thrashing at Anfield who could return on Saturday afternoon.

Rangnick revealed on Friday lunchtime: “Scott McTominay will be back and fit to play. He’ll be available for the game tomorrow, the same with Raphael Varane and Cristiano Ronaldo is available again – he’s been training with us now.

“All the others are still injured plus Paul Pogba.”

French midfielder limped off in the opening minutes of the loss to Jurgen Klopp’s side and with his contract expiring in the summer, Rangnik doesn’t believe he will play again.

“With Paul, as it seems after the scan we did the day before yesterday, it is very unlikely he will play until the end of the season again.

“The doctor told me it will take four weeks minimum for him to recover and the last game is the end of May.

“I don’t think that it is very likely that he will be able to play again.”

Pogba is one of several United players who are set to depart on a free in the summer and Rangnick has admitted there could be a number of extra outgoings under new boss Erik Ten Hag.

“I mean, it’s obvious there are quite a few players with their contracts expiring.

“There might be a few others who – although they have contracts – they are already on loan and still want to be on loan or leave the club.

“It will be a significant change and rebuild necessary, that’s clear, but how many players and which positions, as I’ve said, I’ve not spoken to Erik in person yet.

“If he asks me my opinion in person, I’m willing to speak to him about my experience, but on the other hand, he’ll also have his own ideas.”

On United’s game against top four rivals Arsenal, Rangnick added: “I don’t think that it makes sense to speculate about how likely it still is for us to finish fourth or wherever, it doesn’t make sense, after a performance like that at Liverpool.

“We just need to make sure we play far better. This is the only way to deal with it. We need to get the best possible team on the pitch and play in a different way, with more conviction, more confidence and more aggressive behaviour on the pitch.

“We will have to show a completely different performance.”