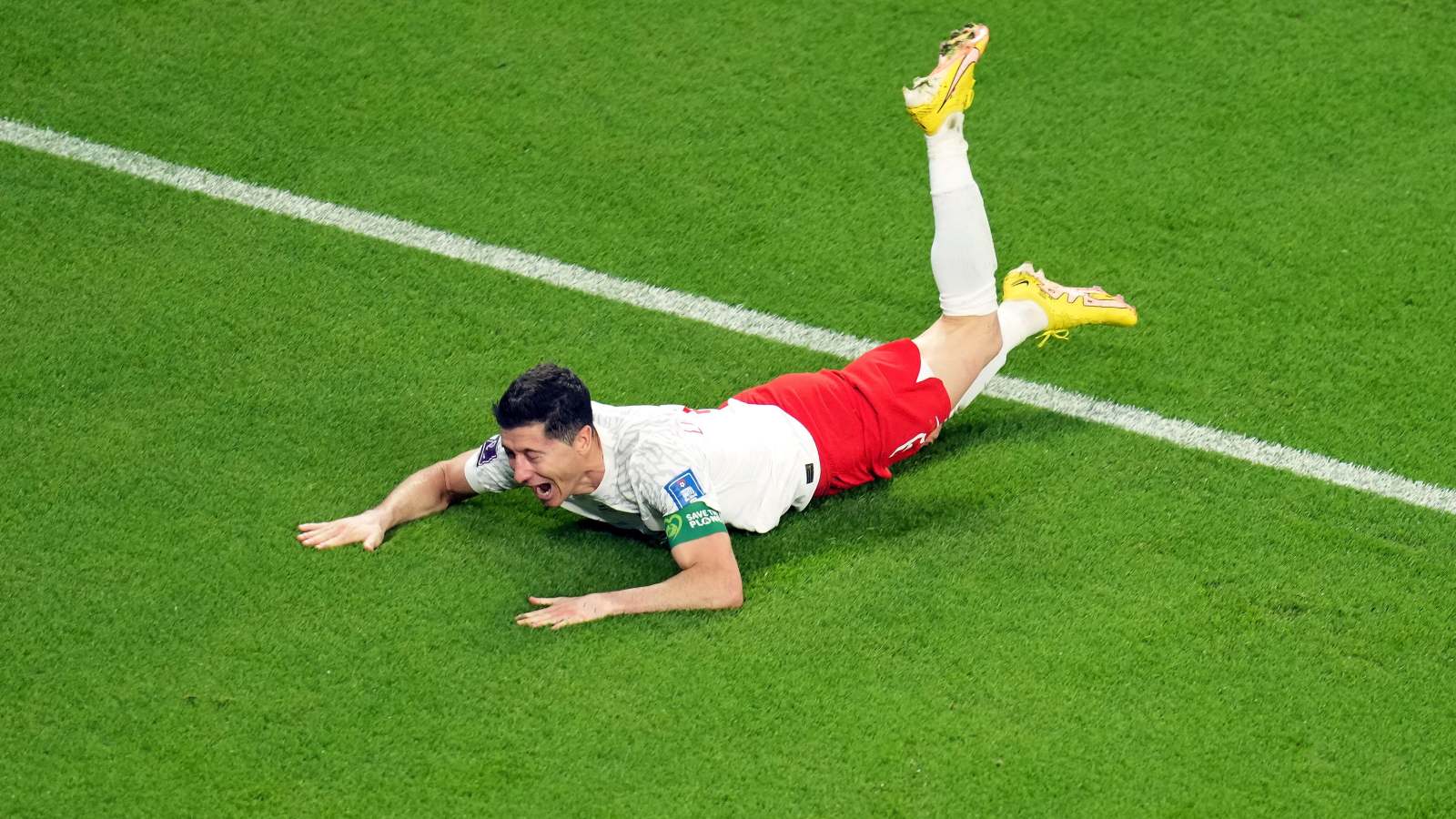 Wojciech Szczesny was Poland’s hero with a crucial penalty save as they kept their hopes of World Cup progress alive with a 2-0 win over Saudi Arabia.

Poland led 1-0 through Piotr Zielinski’s goal as half-time approached when the Saudis were awarded the softest of penalties following a VAR check.

Krystian Bielik was penalised for the slightest contact on Saleh Al Shehri to the delight of a partisan Saudi crowd.

But former Arsenal goalkeeper Szczesny denied them another moment of celebration to follow their shock win over Argentina as he first kept out captain Salem Al Dawsari’s penalty, and then produced an even better stop to tip over Mohammed Al Burayk’s effort on the rebound.

Robert Lewandowski’s first World Cup finals goal then sealed the deal with eight minutes to go. The Barcelona star shed tears of joy – and possibly relief – at breaking his duck.

The Saudi fans were given some early excitement at the Education City Stadium when Mohamed Kanno strode purposefully downfield in the 13th minute, received a pull-back from Saud Abdulhamid and rifled a rising shot on target, but Szczesny tipped it over.

Aston Villa full-back Matty Cash was booked for a wild challenge on Al Dawsari, the second of three quickfire yellow cards shown to the European side.

Cash then caught Mohammed Al Burayk with his elbow in an aerial challenge, with the Saudi left-back requiring treatment.

Poland, who drew 0-0 with Mexico in their opening match, went close after 25 minutes when Bielik met Zielinski’s corner with a powerful header, but Al Shehri got his head in the way to divert it over the top.

Al Shehri was unable to get his head to a Sami Al Naji cross at the other end, and there was a stoppage when Lewandowski inadvertently trod on the arm of Saudi defender Ali Al Bulayhi.

Poland made the breakthrough in the 39th minute as Cash crossed low from the right and found Lewandowski. The Poland captain’s touch took him away from goal but he kept his cool and set it back for Zielinski, who drove his shot hard and high into the net from close range.

Szczesny’s penalty-saving heroics ensured Poland led at the break, and he was called on again 10 minutes into the second half to block Al Dawsari’s close-range effort after a scramble in the box.

Good footwork and a clever ball from Al Dawsari released Feras Al Brikan but he fired high and wide with the goal at his mercy on the hour mark.

Defensive midfielder Abdulelah Al Malki dragged a shot wide from the edge of the box in the 78th minute after substitute Jakub Kaminski’s weak clearance came straight to him, and it was then Al Malki who was at fault for Poland’s second.

He allowed a ball across the area to roll under his boot, and Lewandowski seized on it before slotting home.

He almost had a second in the final minute of regular time as he burst clear, but goalkeeper Mohammed Al Owais got a hand up to keep out his dinked effort.

READ MORE: Clive Tyldesley writes for F365 on a Disney World Cup that leaves him anaesthetised not hypnotised