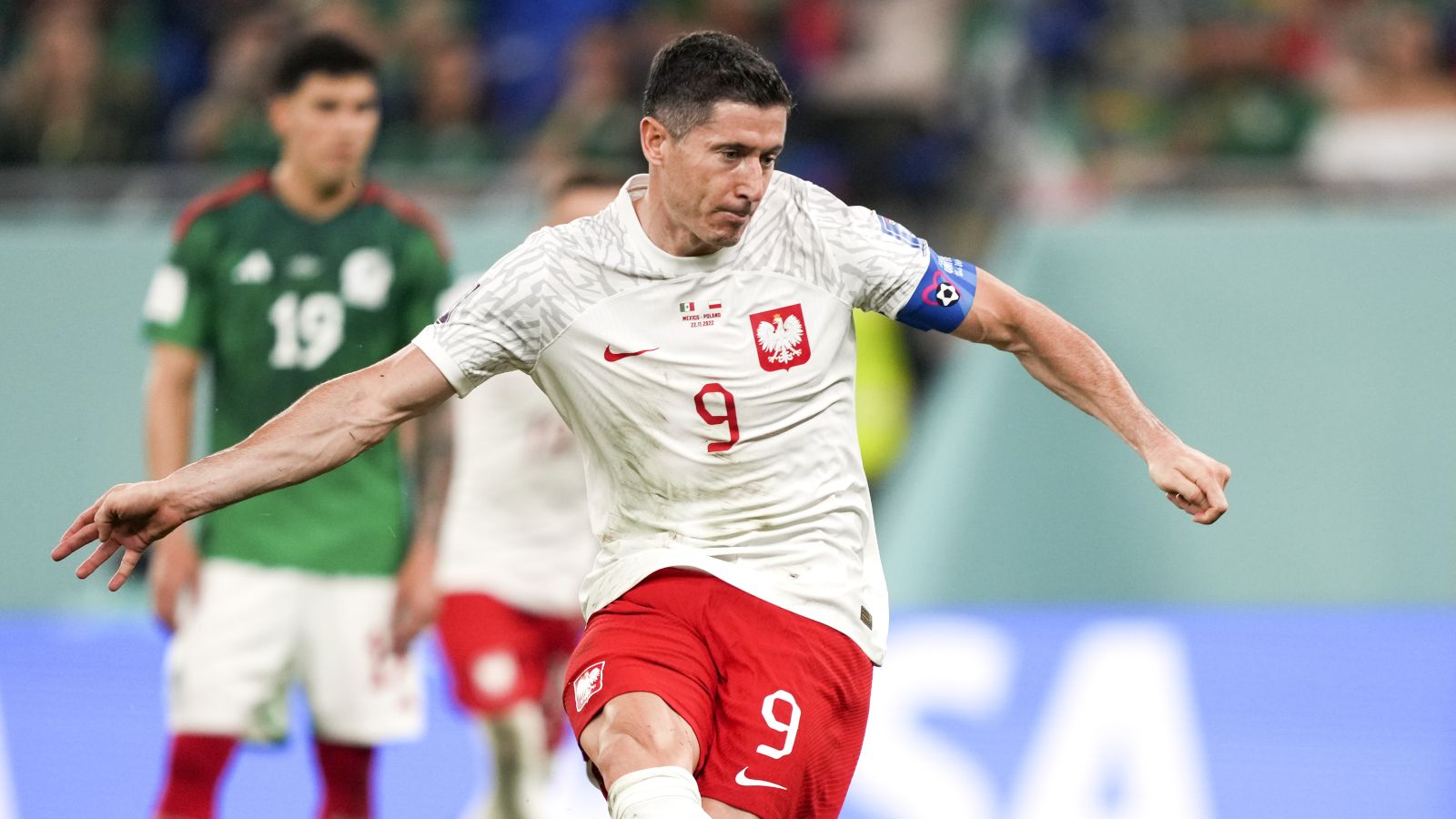 Poland coach Czesław Michniewicz has told Robert Lewandowski that he needs to “digest” his penalty miss after his side’s draw against Mexico.

The Barcelona star looked set to score his first World Cup goal late on when he earned his side a penalty.

But Mexico goalkeeper Guillermo Ochoa guessed the right way and kept out Lewandowski’s spot-kick to ensure that the game finished goalless.

Victory for either side would have been a real springboard towards the knockout stage in a group which has been blown wide open by Saudi Arabia’s shock victory over Argentina earlier on Tuesday.

But Michniewicz has called upon Lewandowski to dig deep and recover from his disappointment.

“I sympathised with him, I know how a captain who misses a penalty feels,” he said. “He was very emotional about it.

“We have a monitor in the dressing room, he watched a few replays of it. He has to digest it himself, he knows how he will deal with the situation. We know he will help us a lot in this tournament.

“When he misses there is always the question ‘why?’ Yesterday he trained on penalties and he never missed. But this happens.”

Ochoa said: “We work on that these two weeks, maybe one month (before the tournament) with the goalkeeping coach, it’s always difficult when you watch videos of penalties by Robert Lewandowski.

“You watch more than 15, 20 penalties so you never know which side to choose. In the end I’m happy to save the penalty, he’s a great striker and I’m happy to keep the zero.”

Mexico dominated possession and had the best of the first half, but without any real clear-cut chances to show for it.

Asked how he would approach the match, Martino said: “I would say (we need to be) cleverer – knowing the game we must play. We need to think, we are playing against one of the main candidates to lift the World Cup trophy.

“This is the situation – they were unbeaten for 36 games and we need to play the game we must play.”

He admitted the result against the Saudis changed his thinking for Saturday, adding: “Until 1pm today we had our idea, at 3pm things changed quite a lot.”