Home All The News Police: Sunderland fan didn’t take a dump in his seat 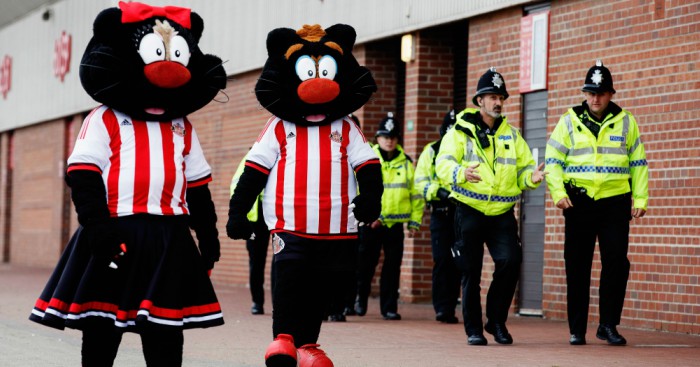 Northumbria Police have moved to clarify that the Sunderland fan who went viral for supposedly having a dump in his seat at the Stadium of Light ‘did not defecate on his seat’.

In the wake of the Black Cats’ 3-1 home defeat to Reading, photos emerged on social media (go search for them if you’re that desperate to see them) appearing to show a fan naked from the waist down, with one witness claiming a youngster vomited after seeing what the offending supporter had deposited in the South Stand.

On Monday, however, the Shields Gazette carried a statement from Northumbria Police denying that a dirty protest had taken place.

“Further to media reports reporting a fan defecated on his seat during the Sunderland v Reading match on Saturday, police would like to clarify that this was not the case.

“A 17-year-old male was arrested on suspicion of being drunk in/while entering a sports ground and has been dealt with appropriately. At no point did he defecate on his seat.”