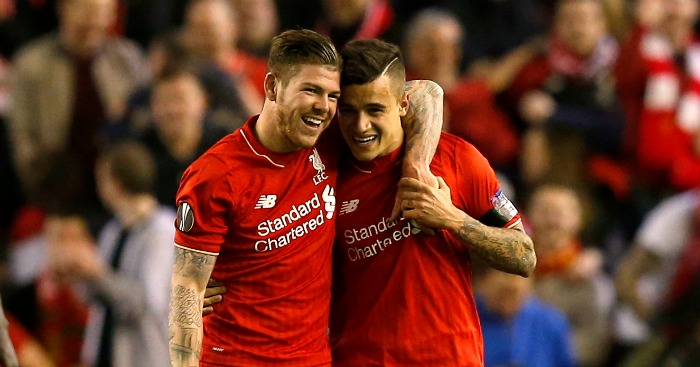 Poor Philippe Coutinho has had a “bad time” after Liverpool refused to sell him despite his transfer request, according to Alberto Moreno.

Liverpool’s Spanish left-back says it has been “tough” for the Brazilian, who saw several offers from Barcelona turned down by the Reds.

Coutinho is expected to be on the bench for Liverpool’s Champions League clash with Sevilla on Wednesday night.

Moreno said: “I missed him, he’s probably my best friend at the club. I was very happy to have him back.

“It was tough for him. He had a bad time but it’s over now and I know that he will give everything for Liverpool.

“It would be a dream for any team to have him but he stays with us. Liverpool said no and it meant no.

“It’s just a huge boost. We have a lot of quality here now.”

Reports in Spain on Wednesday morning suggested that Barcelona will not renew their interest in Coutinho, though that may change if he shows his calibre this season.