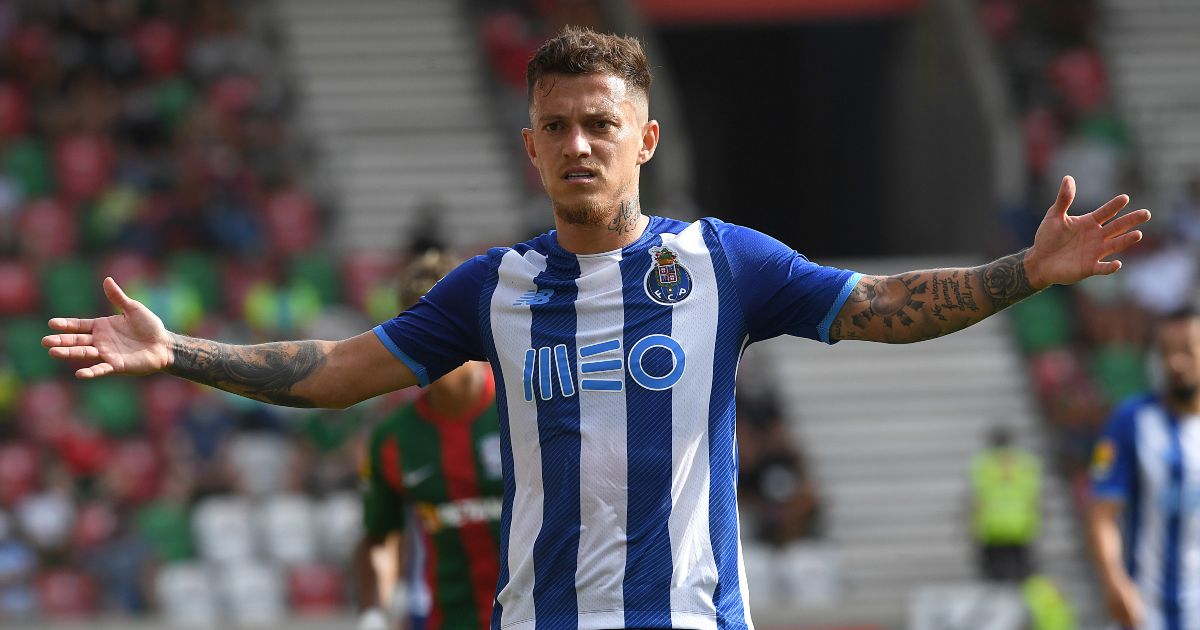 Porto attacking midfielder Otavio claims he is not sure “if it’s true” that Liverpool were trying to buy him in the summer transfer window.

The Reds were linked with a number of midfielders during the summer after Georginio Wijnaldum left Anfield on a free transfer.

The Dutchman had been a key part of Jurgen Klopp’s success at Liverpool in recent years but they decided not to bring in a new midfielder before the transfer deadline.

One of the midfielders linked was Otavio at Porto after the 26-year-old scored three goals and provided eight assists for his team-mates last season.

Portuguese newspaper A Bola claimed in June that Liverpool were in ‘advanced talks’ for Otavio with his €40m release clause rising to €60m at the end of that month.

In early July, Otavio’s agent added fuel to the fire by saying his client would go to Liverpool “if it’s good for Porto and for Otavio” but a deal never materialised.

And now Otavio has been quizzed on the rumours that he could’ve joined the Premier League side in the summer transfer window.

“I don’t know if it’s true that Liverpool were after me,” said Otavio told O Jogo.

“But if I had any team after me it was because of my work, both in the league, in the Champions League, as in any game. When we wear the shirt, regardless of any game, we always have to give our best.”

Liverpool will come up against Otavio tonight when they travel to Porto for their Champions League group stage clash and Jurgen Klopp has analysed the challenge ahead.

Klopp told the club’s official website: “Porto always change a little bit because they obviously have players going out and players coming in. Still the same manager.

“It’s not an advantage at all that we won the last two games there, absolutely not, because you only have to think of yourself in the position of the opponent – the first thing you want to do is make sure similar things will not happen again. So that makes the job not easier for us.

“But it’s not about that, we are not like that, we don’t think about the last two games we played there, we think about this game. They obviously have different opportunities to set up, line-up-wise, system-wise, and we have to prepare for that. Usually they play 4-4-2, but they changed already to a 4-5-1 in moments.

“They can obviously play with two strikers, which is a difference, or play Corona as a winger or as a full-back. There are different options they have and we have to be ready for that. But that’s the plan. We don’t have a lot of time obviously, with yesterday recovery and today second-day recovery.

“Tomorrow we cannot really train there because all the people in Porto are still Portuguese so we cannot really do – even when we train at Boavista or wherever – the information will get out. So, we cannot do shape or something like that tomorrow morning.

“We have to do everything today in a light version and make sure that we are ready tomorrow.”