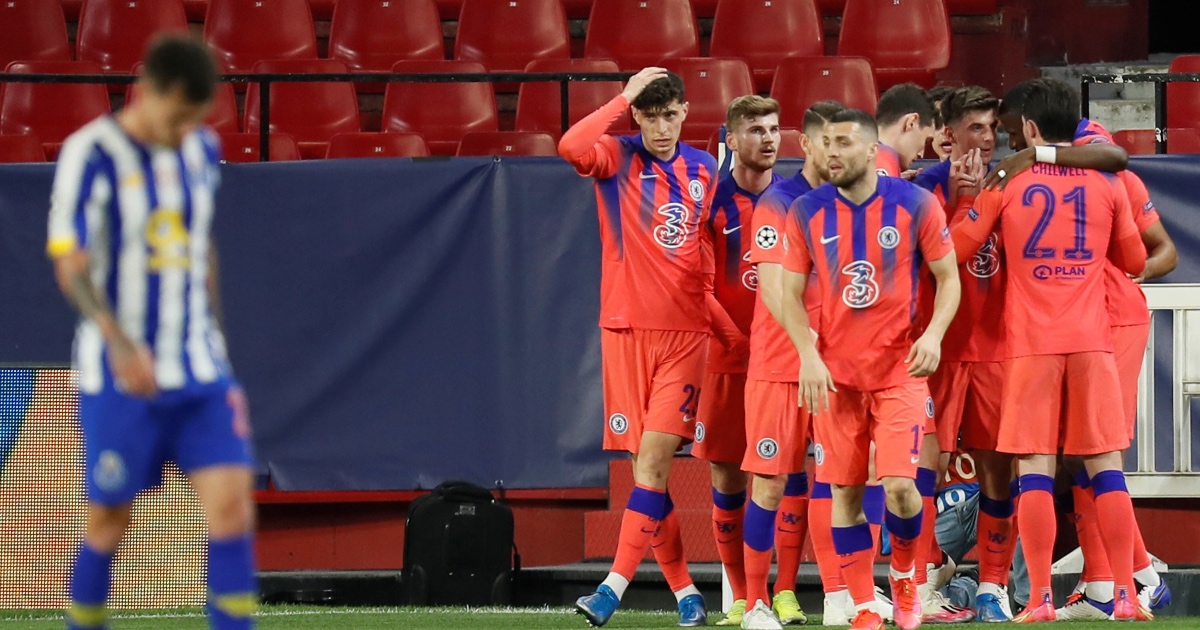 Thomas Tuchel says Chelsea’s 2-0 away victory over Porto in the Champions League ‘increases trust’ among the squad.

Prior to Wednesday’s win in Seville, the Blues had endured a tough week.

They were beaten 5-2 at home by West Brom in the Premier League, before Antonio Rudiger and Kepa Arrizabalaga were involved in a training ground bust-up.

But Chelsea responded brilliantly to their recent struggles against Porto. They took the lead in the 32nd minute through star player Mason Mount.

The England international received from Jorginho and pulled off a great turn to floor his marker. He then fired a good strike past Porto keeper Agustin Marchesin.

Substitute Christian Pulisic cannoned a shot against the crossbar in the second half but couldn’t double their lead.

Ben Chilwell ultimately stepped up five minutes from time. He pounced on a defensive error and rounded the keeper to finish into an open net.

Reacting to the win, Tuchel told BT Sport (via BBC Sport): “It was a tough match against a strong Porto side.

“There were many moments where we suffered. We accepted it. The circumstances are a bit different in a quarter-final. The spirit was good and it was an excellent result.

“I was pretty sure about that [they’d react well after the WBA defeat]. I saw a response immediately in the dressing room and the next day. That wasn’t a big concern. We were ready to respond.

“There will always be setbacks in sport. The biggest challenge is to bounce back.

Mount had an excellent game away from home and was Chelsea’s best player on the night.

Speaking about the midfielder, Tuchel continued: “I’m very happy that he scored. [It was] a very important goal that opened up the game. It calmed the nerves. Not an easy shot but very precise. He took responsibility.”

Speaking about Mount’s England teammate Chilwell, Tuchel added: “Excellent. He kept composure and went round the keeper. It was super important to get the second away goal.

“He forced the mistake and kept his cool in the box. We’re very happy to go away with this result but it’s only half-time [in the tie].”

Chelsea face Crystal Palace on Saturday evening before taking on Porto in the return leg on Tuesday April 13.