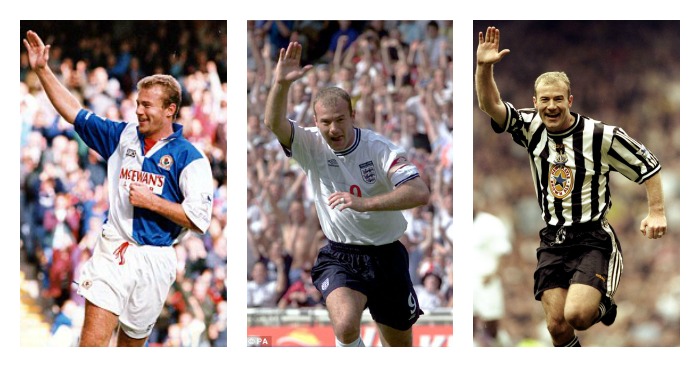 There is a wonderful line in Alan Sillitoe’s story The Loneliness of the Long Distance Runner about the silence of an early morning: ‘Everything’s dead, but good, because it’s dead before coming alive, not dead after coming alive.’

That’s kind of how the area around St James’ Park feels on the morning of a home game, dead but dead before coming alive. These are the hours of calm before the storm hits, when the crowds head into the pubs of Newcastle city centre and then spill out at 2.15pm to make the walk up the hill. Generations of the same families have been retracing those steps since 1892. St James’ is the fifth oldest stadium in the country.

In the heart of north-east England, where London feels so far away it might as well be a foreign land, a large proportion of the population lives for Saturday 3pm and Sunday 1am. Football may have become middle-class entertainment in other areas of the country, but in Newcastle, Middlesbrough and Sunderland it remains the escapism from the monotony of the working week. Going to watch your team is not just a pleasure; it’s a duty.

These are towns and cities that don’t so much live for football as live for their football teams. Newcastle United had the 12th-highest average attendance in Europe last season, and in their Championship season of 2009/10, had the fourth biggest home support in the country. In no other city in England does the population focus its love on one thing quite like Newcastle and its football team.

In fact, that passion can be distilled even further: Newcastle loves Newcastle United, but it worships Newcastle United’s No. 9s. Each generation of Geordie can define their era of support according to the wearer of that famous shirt. You’re a Hughie Gallacher Newcastle fan, or a Len White, or a Jackie Milburn, or a Malcolm MacDonald, or an Alan Shearer. Those five players alone cover 38 of the 90 years since Newcastle won the league title. During the lean times, these are the heroes.

In an age when everything and everyone must be unnecessarily ranked and compared, let’s deal only in absolutes: Alan Shearer is the highest-scoring of these five Newcastle greats, and also the greatest goalscorer in Premier League history. His total of 260 is 67 higher than any other player in the league’s 23-year history, despite over 20% of Shearer’s club career coming before its formation.

There are 25 players to have scored 100 or more Premier League goals, but Shearer actually justifies inclusion twice. His first 112 goals, at Blackburn Rovers, made him a star. The next 148, at Newcastle United, made him an icon. His Newcastle total alone puts him eighth in the all-time list (directly ahead of Teddy Sheringham, Robin van Persie and Jermain Defoe), and came between the ages of 26 and 36. The numbers are staggering. It’s no wonder that when Bobby Robson came to replace Ronaldo at Barcelona, Shearer was his first choice.

“It’s a lot of goals and I’m still a long way off but Shearer was an idol of mine growing up, to see how many goals he scored was incredible,” Harry Kane said earlier this year. “I take it season by season. I don’t like looking too far ahead because you never know what can happen.” If Kane scores a goal every other Premier League game, without ever missing a match through suspension or injury, he would break Shearer’s record a few months after turning 34.

Given the sheer volume of goals, Shearer’s consistency and prolificacy hardly need to be detailed, but merit mention all the same. Last month, Sergio Aguero became the second-quickest player to 100 goals, reaching the landmark in 147 games; Shearer managed it in 124. Shearer’s first and last 20-plus goal league seasons came a decade apart. He scored his first league brace in April 1988 and his last in April 2006. Oh, and this statistic is a beauty too.

Watching a highlights package of Shearer’s goals is like watching a compilation of several great strikers. He scored tap-ins, penalties, free-kicks, headers, volleys, one-on-ones, powerful drives, curled strikes and the sort of goals that make you shout the word ‘thwack!’ internally like an homage to Alan Partridge’s commentary on The Day Today. (Honestly, just watch the three videos before carrying on reading. His best five headers are better than most strikers’ best five goals).

Yet Shearer’s most impressive feat was his ability to recover and rebound from the serious injuries that plagued his career. A snapped right anterior cruciate ligament in 1992. Torn ankle ligaments in 1997. Knee surgery following tendonitis in 2001. A medial collateral ligament tear in 2006. These are supposed to be the chapter headings of a tale of what might have been. Shearer’s magnificence turned them into footnotes in a very different story.

Shearer first converted from poacher to all-round striker, and then again to a target man as his knees slowed him down further. As Bobby Robson famously said: “Alan Shearer has done very well for us, considering his age. We have introduced some movement into his game because he has got two good legs now. Last season he played with one leg.”

Shearer’s England record saw him come in for criticism, but it’s important to note that he was hardly playing in a golden era. Between 1992 and 2001, England were knocked out of the group stage in two tournaments, failed to qualify for one and reached the second round in another; Euro ‘96 was the honourable exception. Only Owen, Greaves, Charlton, Lineker and Rooney have outscored him. Rooney may have 21 more goals (in 46 more games), but Shearer leads 9-6 in major tournaments.  In his ten-year international career, Shearer scored 43% of England’s major tournament goals.

If it feels like Shearer’s record is somewhat underrated – or at least overlooked – there is an easy explanation. His functionality, taking that description to the very maximum, was actually his undoing. At a time when the Premier League was erring on the side of show business and wanting exotic poster boys to sell the brand across the globe, Shearer was the wrong face. He was magnificent gothic art during the early days of the renaissance, a Division One striker in a Premier League world.

Yet Shearer’s iconic status lies not in his goals, but his meaning to Newcastle. Turning down the chance to join Manchester United, he instead chose to go back to the North East. Those who still consider that career suicide are judging Shearer by their own expectations and standards, not his. Money and trophies may complete some, but others rely on an alternative form of fulfilment.

“When I was a young boy I wanted to play for Newcastle United, I wanted to wear the number nine shirt and I wanted to score goals at St James’ Park,” Shearer said upon announcing his retirement. “I’ve lived my dream, and I realise how lucky I’ve been to have done that.” Newcastle completed Shearer, and Shearer completed them right back.

Fifteen thousand people waited at St James’ Park to welcome back Shearer in August 1996. Newcastle United had missed out on the Premier League title, but they were the happiest fans in the land. “If money comes my way, that’s fine,” Shearer said as he looked over his adoring crowd. “I’ll deal with that when it comes along. It certainly won’t change me. After all, I’m only a sheet metal-worker’s son from Newcastle.”

Cynics could label it a clever piece of PR, but those present did not care. Shearer, the greatest England striker of his time and Europe’s best forward of the day, had come back home. In the same moment, Shearer had become the world’s most expensive player and Newcastle’s everyman. He would stay that way for an entire decade, turning down further offers from both Barcelona and Juventus.

For most in Newcastle, supporting a football team is less about success and more about the enjoyment of the moments. It’s about the process as much as the end. It’s about waiting all week to watch your hero, and believing that that hero reciprocates your anticipation. It’s about the weekly pilgrimage. For ten years, Alan Shearer made that walk up the hill more enjoyable than it would ever be again.