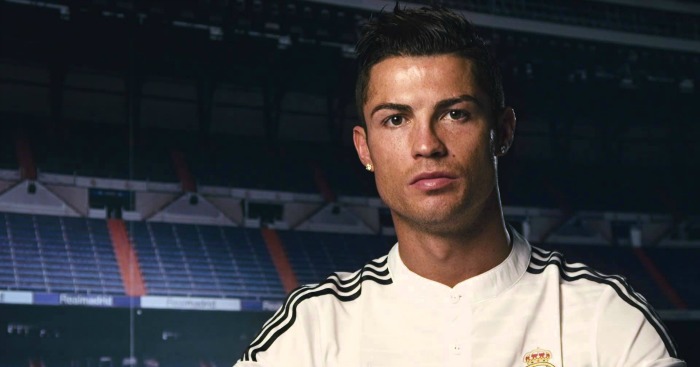 If any one thing demonstrates the importance of Cristiano Ronaldo to Portugal, it is a quote from the country’s President Anibal Cavaco Silva, when presenting the player with the country’s Grand Officer of the Order of Infante Dom Henrique: “He is an athlete of international repute now converted into a symbol of the country.”

That is quite the proclamation from a Head of State, but far from an overstatement. Ronaldo has not just had to live up to Portugal’s immense expectations on the field, he is the brightest light of positivity in a nation still reeling from the debilitating effects of economic recession. In Lisbon, they are proud to announce that Portugal produced the world’s best player, whether that statement is true or not.

Ronaldo’s fourth Ballon d’Or, which became a collection of five on Thursday, was not awarded for his goal record or his general play. There were Real Madrid players who performed better in 2016 (Gareth Bale for one) and Luis Suarez certainly outperformed him, but neither of those inspired their club and country to major tournament victory. Ronaldo, stricken with grief after knee injury, urged his Portugal teammates on from the touchline during Euro 2016’s final, and wept with joy at the final whistle. This may have been a new side to Ronaldo for many supporters, but not to his countrymen. As much as any politician, he is Portugal’s leader.

Yet outside of Portugal, Ronaldo’s reputation is not of a hero, but villain. ”I hate Ronaldo’ was one of the most popular phrases searched for on Google this year’ read a story in The Sun in December 2007. ‘The web search engine yesterday released its annual list of what surfers looked for – with Manchester United’s Cristiano Ronaldo, 22, topping the hate poll.’ This is a footballer who many love to hate, more divisive an individual than any other in the game today, and perhaps any in history.

‘Topping the hate poll’ must be quite the phrase to read about yourself, yet Ronaldo is surely now immune through experience. To many he is the pinnacle of the sport, but just as many see him as football’s bête noire. Ronaldo is arrogant and conceited, two parts athlete and one part prima donna. If there was one perfect candidate to inspire a Hollywood biopic, it would be Ronaldo. As Daniel Taylor memorably wrote in the Guardian: ‘It is difficult not to come away with the feeling that Ronaldo must shout his own name during sex.’

There is a deep-rooted dislike, or at least mistrust, of overconfidence in England. We are happy to idolise our sportsmen, but will show disdain towards those who idolise themselves. Ronaldo’s ego is viewed as blatant arrogance.

Yet the accusations go further than mere arrogance with Ronaldo. The allegation is that he puts the good of the self over the good of the team, his own personal records and milestones mattering more than trophies. That is equivalent to football treason.

Even if that premise were true, the two are emphatically not mutually exclusive. Since August 2006, Ronaldo has scored 509 goals for Manchester United and Real Madrid. During that time, those teams have won five league titles (with Barcelona as competition), six domestic cups and four Champions League trophies. And still, Ronaldo – with his obscene amount of goals – isn’t a team player.

Ronaldo at least assists his own damaged reputation. The Hollywood film of his life is interesting and absorbing, but rolled in so much glitter that sunglasses are advisory. His association – and indeed close friendship – with super-agent Jorge Mendes sits uneasily with those who detest the rampant commercialisation of modern football. Ronaldo is the poster boy for a modern game that makes many older supporters wince.

Yet those criticising Ronaldo are guilty (perhaps intentionally) of misunderstanding the role that confidence plays at the highest level. There is a necessity for self-confidence in sport, because it provides an absolute belief in ability. It allows for setbacks to be acknowledged but then beaten, with psychological studies revealing that those with high levels of self-confidence are likely to enjoy increased performance. Success breeds confidence and confidence breeds success, a self-fulfilling prophecy.

This is particularly pertinent in Ronaldo’s case, given the troubled childhood he was forced to overcome. He was an unwanted child, with a carefree mother and alcoholic father who passed away when Ronaldo was just 19. With his mother working as a cleaner to supplement his father’s income as a gardener, Ronaldo played football to stay out of trouble. Bravado became the comfort blanket, confidence in his ability the necessary facade over self-doubt and uncertainty at home.

Some of sport’s greatest names have paraded their self-assurance. “I do not think it is bragging to say I am something special,” was boxer Muhammad Ali’s famous boast, while Pele, too, was usually bullish about his ability: “I think another Pele is a little difficult, because my mother and father closed the machine.” Closer to home, Manchester United fans will have seen a great deal of Eric Cantona‘s personality during Ronaldo’s time at Old Trafford.

The difference is that Cantona and Ali combined bravado with charm. It is possible to be deemed arrogant yet still liked, but charm is the necessary ingredient in that recipe. A touch of humility would make Ronaldo more personable, appreciated even. “In football I don’t have a lot of friends,” he says. “People I really trust? Not many. Most of the time I’m alone. I consider myself an isolated person.”

Those close to Ronaldo reject the notion that he is a conceited individual. “He is not arrogant,” former Manchester United team-mate Patrice Evra said. “He suffers as a result of his image as a fashion guy but honestly, he is the greatest professional I have ever trained with. He never has enough of it. This lad has to be first everywhere in everything.”

See too the video of Ronaldo in the dressing room after captaining Portugal’s Euro 2016 success. Watch the apparent egotist thanking every player and every member of backroom staff individually, and see the way in which everyone is captivated by his words. Some are brought to tears, as is Ronaldo himself. This means more than individual recognition, that much is clear.

Evra’s comments hint at perhaps the greatest aspect of Ronaldo’s success – despite the sponsorship deals and modelling contracts, he is the ultimate professional. He is the perfect athletic specimen, but that is achieved through continued hard work, as revealed by Manchester United development coach Mike Clegg.

“Ronaldo was a natural talent, a rough diamond, but he crammed in thousands and thousands of hours of graft to turn himself into the perfect player.” Clegg said. “He would be in the gym with me doing core work, then he would do activation, then his actual football training.

“After training, Cristiano would come back into the gym and do some power work for his legs. Then he would go home, eat the right food, swim, sleep, where I am sure he dreamed about football, and come back in the next morning. He did that for five or six years and, knitted together, that made him become the player who was sold for £80million.”

There is an irrefutable link between Ronaldo’s ego and his quest to go beyond his potential. Some see the ego as an enemy, but Ronaldo uses it as an ally. Coming from a humble background, his desire to be the best in the world has been the backbone of his dedication to his sport. Even at primary school, his teachers remarked that, when playing football, Ronaldo needed – rather than wanted – to be a winner.

“I am not the humblest person in the world, I admit that,” Ronaldo says. “But I like to learn. I don’t mind people hating me, because it pushes me. When I go to play away they are always against me, but it’s good.”

This is an interesting admission, for it paints Ronaldo’s arrogance not as an affectation, but an engine. Like Jose Mourinho’s own famous siege mentality, Ronaldo treats anyone outside his own sphere as an enemy. Ronaldo sees his entire career as a simple battle: Me vs the world.

It’s an impossible balance. We are happy to idolise our sportspeople, lavishing them with praise, but will show contempt towards those who sing their own praises. We want players to dedicate themselves to becoming elite, yet we do not want said dedication to be self-serving. We demand total commitment to victory, but then also want to choose the manner of celebration and prefer it to be understated.

It would be easier if Ronaldo didn’t care about being loved, but you suspect that the reality still pains on occasion. There is something inherently tragic in a young man suffering a turbulent childhood before devoting himself to his sport, maximising his talent and raising his own personal glass ceiling far beyond his original potential, yet being treated with widespread derision.

“There is no harm in dreaming of becoming the world’s best player,” Ronaldo said in 2009. “It’s all about trying to be the best. I will keep working hard to achieve it, but it is within my capabilities.” And so it proved. His career is a triumph of belief and the power of hard work. You don’t have to like him, but to use that dislike as reason for under-appreciation makes you look the fool, not Ronaldo.

Everything Ronaldo set out to achieve, he did. League titles, Champions Leagues, Ballons d’Or, international trophies; all were earned. Nothing was easy. You wonder if, when his time has passed, football might look back with a little more fondness at one of the best players it ever produced.