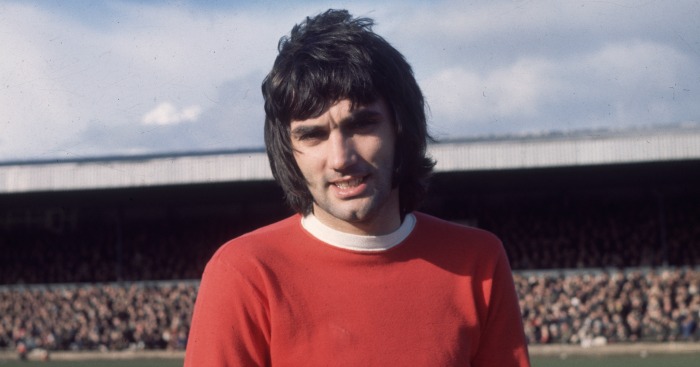 As part of its extensive tribute to George Best, the National Football Museum in Manchester has a collection of letters sent by a young George back to his mother and father in Belfast. They indirectly describe a painfully naive boy, who excitedly details his first steps at Manchester United like a child would detail his summer holiday upon returning to school. His late mother Anne revealed that George had been such a frail newborn baby that she feared he may not make it through the first night. Reading those letters now, it is Best’s personality that is so obviously and poignantly fragile.

More than a decade after his death, it’s still astonishing to assess how quickly Best’s life accelerated. A first-team debut at 17. An international debut at 18. A league champion at 19. European Footballer of the Year at 23. Going downhill at 27. Dead at 59. The footballing flame that burns twice as bright truly did burn for half as long.

In a lifetime littered with memorable quotes, the first and most salient came from United scout Bob Bishop, who telephoned manager Matt Busby to tell him: “Boss, I think I’ve found you a genius.” That genius was a skinny teenager from Belfast’s Cregagh estate, who even at that age had dribbling prowess beyond anything in United’s first-team squad. He became the most talented British player of all time.

Before Best had even turned 20, he was a worldwide star. He had played 128 games for United, scored 37 goals, won his first league title and been christened ‘O Quinto Beatle’ by the Portuguese press after a virtuoso performance in the European Cup quarter-final. By the time Best had returned from Lisbon, he was pictured in a sombrero and labelled ‘El Beatle’ by an adoring English media. Earlier that night, a supporter had run onto the pitch at the Estadio da Luz with a knife wanting a lock of Best’s hair. If music had Beatlemania, Bestfrenzy was just as established.

If Best’s haircut and demeanour lubricated his fame, it was his genius that cemented it. His was a pure form of footballing beauty, no critics or writers required to explain its brilliance. All you needed to do was watch. Best was a supreme dribbler, his close control actually improving as the opposition closed around him. As Busby once said, “He was able to use either foot – sometimes he seemed to have six.”

The difficulty of the task only heightened Best’s senses, like a master escapologist at work. The balance of most players is decreased at high speed, but Best’s body seemed designed for cruising speed. Hugh McIlvanney once wrote that Best had ‘feet as sensitive as a pickpocket’s hands’. He was where energy and elegance combined in heady harmony.

On the miry, heavy pitches of English football’s 1960s, this wasn’t just a glimpse of the future but something ethereal. Crowds would rise whenever Best was in town, providing a 90-minute escape from both the working week and the average standard of footballer on show. If you’d have polled them to change the rules of the game and permit Best his own ball, even traditionalists would have ripped up the rulebook.

Best may never have played on the biggest international stage, but his reputation as one of the game’s greatest talents could not be contained. Diego Maradona describes how “George inspired me when I was young. He was flamboyant and exciting. I think we were very similar players, dribblers who create moments of magic.” Johan Cruyff labelled him as “uncoachable”, and it was intended as a compliment. When Best scored six times in the FA Cup against Northampton, even Prime Minister Harold Wilson asked to meet him.

With his popstar image and perceivably effortless genius, Best was the first rock ‘n’ roll footballer. The abolition of the maximum wage in 1961 had created the potential for a previously working-class sport to embrace the mink-clad culture of the rich, and Best was the first to cross the divide. Never before had the line between sportsman and celebrity become so blurred, and Best feasted on the attention like it were the elixir of life. There was no glamorous party he would not attend, no model he would not sleep with, no bottle of expensive champagne he would not drink.

It is not hard to see why Best was worshipped. The 1960s was a decade of constant flux, Britain’s eyes opening to cultural change and the influx of social and sexual liberties. George was its poster boy, its everyman and its king, the working-class hero in the right place at the right time with the right look and the right boot. The left wasn’t too bad either. Women adored him because men respected him, and men respected him because women adored him.

The only things as famous as the stories are the quotes. “I spent a lot of money on booze, birds and fast cars. The rest I just squandered,” is Best’s most notorious boast, but there are countless others. All three were enjoyed to excess by a man in his early 20s given riches and recognition beyond not only his wildest dreams, but beyond anything British sport had ever seen. Abstinence had given way to extravagance.

The line between playboy and addict is so very slight. The truth is that Best was never strong enough to cope with his raucous lifestyle and never brave enough to say ‘no’. His mother Anne died from an alcoholism-related cardiovascular disease at the age of 55, and Best’s relationship with addiction was just as tragic.

As early as 1966, Best admitted in an interview with the Daily Mail that he was covering up, rather than curing, his urges. “Wednesday till Saturday is murder,” he said. “I know I’ve got to stay off the town and get to bed by 11. But it drives me nuts. I don’t read. The only thing that keeps me sane is remembering that there’ll be a party on Sunday and Monday and Tuesday.”

The stories of Best’s antics grew legendary, but had an increasingly dark twist. He was reported to have talked a just-married bride into his hotel room from the downstairs bar as a wager while his team-mates plied her husband with alcohol. United training and even matches were missed with Best AWOL, Matt Busby and subsequently Wilf McGuinness losing patience with his unreliability.

In his magnificent biography of Best, Duncan Hamilton lays some of the blame at United’s door, however indirectly. Rather than alcohol ruining Best’s career, Hamilton believes that it was the game, and United’s lack of success after the 1968 European Cup win, that drove him to drink.

It’s a hypothesis that Best himself alluded to in later life: “Instead of revolving around me, the team began to depend on me. I lacked the maturity to handle it. I began to drink more heavily to cope.”

Yet the most obvious conclusion is that Best became a waste product of his own celebrity. He was the perfect image to be the cultural icon of the 1960s, but the imperfect personality. An accelerated journey from the streets of Cregagh to the floodlights of Old Trafford and the spotlights of Manchester and London leaves no time for maturity to catch up with the lifestyle. The Beatles had each other; Best only had his demons.

It is always the trailblazers who suffer most, unable to follow the trail of white pebbles that leads them safely through the forest. Best came before the age of media training and lifestyle coaches, before the warnings of what lies at the side of the path. Some footballers still do falter, but they have far more assistance and are far better prepared. Best was not just a cultural icon but a cultural experiment; he became a case study on the dangers of fame.

Best peaked at 23, and stopped playing regularly at the top level at 26. As the noise surrounding him became all-consuming, he blocked it out in a semi-permanent alcoholic haze. By the time retirement was enforced upon him, drink was Best’s comfort and his crutch.

“Football has lost one of its greats, and I have lost a dear friend. He was a marvellous person,” said Bobby Charlton at Best’s funeral in 2005. Half a million people lined the streets of Belfast to see him pass by. Charlton’s first two points ring true, but that last sentence jars.

Best might have been a marvellous player, but not a marvellous person. He was an addict, and that addiction led him to do terrible things. He was twice convicted of drink-driving, physically abused his first wife Angie on multiple occasions and committed robbery in order to maintain his habit. He was given a new liver on the NHS in 2002 despite showing no ability to break his habit without the assistance of medication, an exceptional case. As someone whose loved one has had a liver transplant (for medical reasons), I know that 14% of the people waiting for a liver transplant die before receiving a donation. Less than 12 months later, Best was drinking again, later to be arrested for drink-driving.

Whether you can separate George Best the footballer and George Best the addict depends on your own interpretation of his story, but all must come together to salute one of the greatest players Britain has ever produced, and mourn one of sport’s most tragic tales.

“They’ll forget all the rubbish when I’ve gone and they’ll remember the football,” Best said before his death. Unfortunately for him, most will remember both. Best stood astride the line of sport and celebrity, guaranteed footballing immortality yet painfully mortal away from the field. Gorgeous George welcomed in the modern cultural age, but nobody prepared him to survive in it.