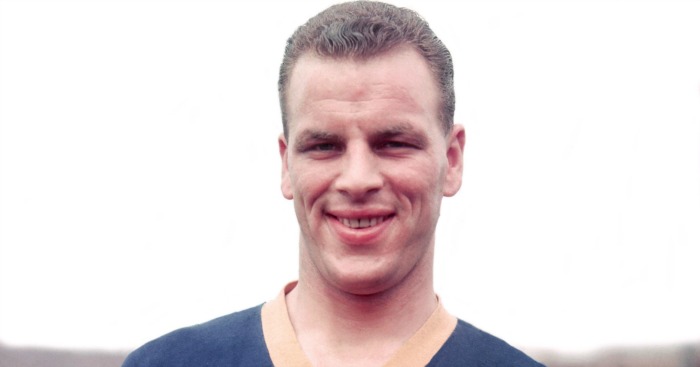 The business of ranking things in order of their ability (and thus crowning a winner) is a very modern concept. That is not to say that in the pre-internet, pre-listicle era nobody had controversial opinions, but the obsession with comparison did not exist as it does today.

Such an obsession is, naturally, completely meaningless. The arguments over Lionel Messi and Cristiano Ronaldo, for example, are not only never-ending because both camps are so entrenched, but also vacuous. Football is a team sport rather than individual pursuit, and only one team can have Messi and one team Ronaldo. It does not matter who is better, only which team outperforms the other.

Comparing players from different eras is harder still. The developments in technology, nutrition, medical expertise, coaching, academies and equipment all assist the maximisation of natural talent far more than has ever been achieved. ‘Who was better: Stanley Matthews or Glenn Hoddle?’ is a question loaded with so many variables that it makes any answer nothing more than preference.

Instead, we should agree (or at least reasonably discuss) on pillars of each era, greats who represented the skill, strength of character or both in order to increase the game’s popularity and reputation for sporting excellence. By every measure, John Charles was one of these pillars. He was British football’s first true superstar, and probably our most successful football export since the game itself.

There is also an argument for Charles to be labelled as the most complete player of his generation, a bit more subjective than simple comparison. The famous anecdote is that in the space of one week Bobby Moore was asked to name the best striker he had ever faced, and Nat Lofthouse the best defender. Both gave the same answer: “John Charles”.

Multi-functional players are not an extinct species, a sepia-tinted notion. Javier Mascherano, Philipp Lahm, Gareth Bale and Thierry Henry are all examples of elite players who have changed position and excelled. Yet none have ever done so as dramatically or with as much success as Charles.

First and foremost, Charles was Leeds’ greatest sporting son, despite his Welsh upbringing. When he died unexpectedly in 2004 after a heart attack at the age of 72, a city mourned as one. As the funeral car drove around the side of the Elland Road pitch on the way to the service, hundreds of fans paid their last respects. In Leeds today you can drive down John Charles Way and John Charles Approach, visit the John Charles Centre for Sport or sit in the John Charles stand to watch Leeds play. The city is immensely proud of their sporting pillar.

Charles was brought to West Yorkshire by manager Frank Buckley in 1948 when aged 17, relocating from his family home in Swansea. He began life as a non-nonsense defender, but quickly gained a reputation as a gentlemanly player amid a sea of nefarity.

Such was his development at Leeds that Charles became Wales’ youngest ever senior international a year later, a record eventually broken by Ryan Giggs. He would play 38 times for his country, savagely targeted and injured during the 1958 World Cup. In 2004, Charles was voted at number 19 in a list of Wales’ 100 heroes, and was voted as their greatest ever player a year earlier.

After injury forced Charles to have surgery to remove cartilage in both of his knees, Buckley decided to try his central defender as a striker, with Leeds desperately needing goals; the effect was instant. Having previously scored four times in 109 career club appearances, Charles scored 68 times in 79 league games over the next two seasons. His 29 goals in 42 Second Division matches in 1955/56 earned Leeds promotion back to the top flight. His 38 league goals the following season took them into the top half and made him the country’s top goalscorer. In five years as a striker, Charles had scored exactly 150 goals for Leeds.

Charles was a complete centre forward. Jack Charlton says that he was ‘the best header of a ball I ever saw in my life’, and that aerial ability and physique were combined with a power, shooting ability and ambidexterity that gave Charles the look of a superhero. He was as close to perfect physical specimen as British sport has produced.

More famously still was Charles’ personality; he was the gentleman footballer. Never booked or sent off throughout his career, defenders repeatedly tried to wind Charles up in order to distract him from his game. None ever achieved the feat.

“John wasn’t only one of the greatest footballers who ever lived,” said Sir Bobby Robson. “He was one of the greatest men ever to play the game.” International referee Clive Thomas was just as eloquent about his countryman: “If you had 22 players of John’s calibre, there would be no need for referees – only time-keepers.”

It was not long before Juventus came calling, a world record fee of £65,000 agreed between the two clubs in 1957. To understand both how unusual a move it was for a British player and Charles’ own understandable insularity, we can turn to the player’s own words: “The manager called me in and said, ‘Juventus want you.’ I said, ‘Who are Juventus?’ and he looked at me and said, ‘They’re one of the best teams in Italy.’ I’d never heard of them.”

If Charles faced a difficult challenge in settling abroad, it did not show. He scored 93 goals in 155 games over five years for Juventus, taken into the bosom of the club and named Il Buon Gigante, the gentle giant. During those five seasons, Juventus won three Scudetti and two Coppa Italias, with Charles named Serie A Player of the Year. Such was Charles’ impact on Italy’s football culture, in 1997 he was named as Serie A’s greatest ever foreign player. An inexhaustive list of those behind him: Michel Platini, Diego Maradona, Denis law, Ruud Gullit, Ronaldo, Zinedine Zidane, Marco van Basten.

Charles was not just loved by Juventus’ supporters, but was cherished by the club. This was a boy from Wales via Leeds who had come to Italy to enjoy a different, finer life, yet had embraced every part of Italian football culture and never behaved in any way but impeccably. “We cry for a great champion and a great man,” club vice-president Roberto Bettega said upon learning of Charles’ death. “John was a person who interpreted the spirit of Juventus in the best possible manner, and also represented the sport in the best and purest way.”

“He was an extraordinary person, I would say from another world because of his human qualities,” former Juventus teammate Giampiero Boniperti said. “He was a great friend and an extraordinary team-mate. John was one of the most loyal and honest persons I have ever met.”

After leaving Italy, the spark left Charles’ game. He tried to rediscover the magic at Leeds, Cardiff, Hereford and even Roma, but to no avail. Charles found it difficult to acclimatise back to life in England. A large part of him would always remain in Turin. His post-playing career brought failed business ventures and financial difficulty, and he publicly admitted to falling out of love with a new, commercialised football.

The only possible criticism labelled at Charles is that he was too nice, praising with faint damnation in an admittedly patronising manner. To fondly remember his gallantry and kindness is to reminisce of a distant time, when being a successful footballer and playing football as if it were mere pastime were not mutually exclusive. Charles was a hero not just for his ability nor achievement, but because of his personality. Sometimes the good guys don’t finish last.

Daniel Storey – The Portrait of an Icon book will be available to pre-order on August 1, and is released on August 15.