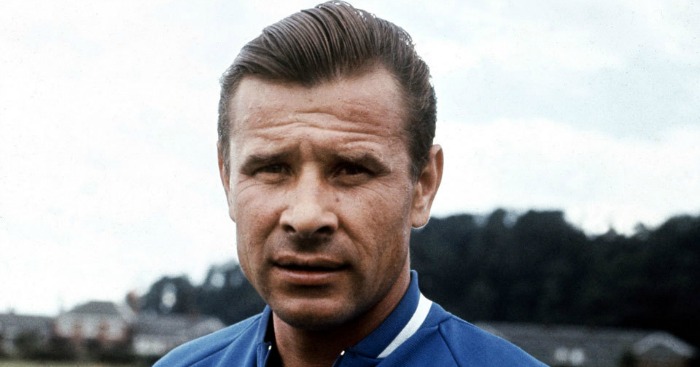 A stand at the refurbished Dynamo Stadium; streets in various Russian cities; statues at two stadiums in Moscow; another statue in Rio de Janeiro; a three Ruble coin commemorating his career; an award for the best goalkeeper at the FIFA World Cup; the club reserved for goalkeepers who have kept 100 career clean sheets in Russian football; a song by Vladimir Vysotsky; poems by Robert Rozhdestvensky and Yevgeny Yevtushenko; a Scottish heavy metal band formed in Greenock. If we can judge a footballer by his lasting cultural legacy, few can match Lev Yashin.

Yashin is widely regarded as the greatest goalkeeper in the game’s history, and is the only one to win the Ballon d’Or. In the last 50 years, only Dino Zoff (1973) and Gianluigi Buffon (2006) have made the top two. As sport, and life in general, becomes increasingly obsessed by the individual, those who stop goals are forever destined to be loved less than those who score them. Despite its undoubted importance, defending just isn’t sexy. “I think I won because the strikers haven’t had their shooting boots on,” as Fabio Cannavaro said with a smile after winning the award in 2006.

The trinkets do not end with that 1963 Ballon d’Or. Yashin was picked in World Soccer’s greatest team of all time, FIFA’s all-time World Cup team and in 1999 he was voted as Russian athlete of the 20th century. He is estimated to have kept 270 career clean sheets and made over 150 penalty saves. “The joy of seeing Yuri Gagarin flying in space is only superseded by the joy of a good penalty save,” is one of Yashin’s most famous quotes.

Yet far more important than the awards, to him at least, was the impact and the innovation. Yashin was not the first goalkeeper to pioneer, but he is the undoubted face of change. It is no exaggeration to say that he is the inventor of modern goalkeeping; nobody has taken the role further in such a short space of time.

Yashin was not the first sweeper-keeper (but he was damn sight closer than Manuel Neuer); that honour falls to both Hungarian Gyula Grosics and Argentinean Amadeo Raúl Carrizo. Yet he combined his adventure with several other innovations. Yashin was one of the first goalkeepers to understand his attacking use to a team, throwing or passing the ball to start counter attacks rather than merely hitting it long. He also began the tradition of punching a cross clear rather than catching it, during an era when goalkeepers were far less protected by referees.

Most notable of all was his on-field leadership. Before Yashin, the goalkeeper played a largely passive role, reacting to situations as required but rarely being proactive and certainly not vocal. Here was a goalkeeper who would organise and structure his defence at set pieces and in open play in a manner never before seen. This may sound unimpressive at a time when such marshalling is ubiquitous, but during the 1950s and 60s it simply wasn’t done.

Innovation is nothing without execution, and Yashin relied upon a supreme agility that generated his nicknames; the ‘Black Spider’ seemed to have eight limbs ready to stop the ball; the ‘Black Panther’ had a wonderful leap, speed and elegance. His positional play, anticipation and shot-stopping set the bar higher than any of his predecessors. The Soviet Union did not win 1956 Olympic gold and the 1960 European Championship solely because of Yashin, but he was their inspiration.

“Lev Yashin was first-class, a real super goalkeeper,” said England great Gordon Banks. “He had outstanding agility for such a big guy, he was excellent. One of the best I’ve seen. He was the model for goalkeeping for the next 10 to 15 years, without a doubt.” You can probably double that timeframe and still be accurate.

Yashin also brought showmanship to the goalkeeper role, until then an attribute only expected – and welcomed – in attacking players. In an interview with The Blizzard in 2013, his widow Valentina Yashina recalled how he would regularly take off his cap when a high cross came into the box, head the ball clear and then replace the cap. The message was clear: Goalkeeping should not be an afterthought, the domain of the overweight and overlooked. Yashin made himself, and his role, conspicuous.

The combination of modernising the position and Yashin’s on-pitch success was unsurprisingly infectious. As Jonathan Wilson wrote in his book The Outsider, whereas in England every child dreams of scoring the winning goal, in Russia they dream of saving it. Argentina has its ‘next Messis’ and ‘next Maradonas’ and Brazil its ‘next Neymars’; Russia has its ‘next Yashins’. It is a hostage to fortune almost without exception.

Given his fame, it is interesting to learn that Russia’s greatest goalkeeper could easily have slipped through the net. Born in 1929, he was forced to work in a military factory when the Second World War began, but a nervous breakdown at the age of just 18 forced him out of employment. Performances for the factory football team had seen him join Dynamo Moscow’s youth team, but his friendly debut was again ruined by nerves, and Yashin conceded a goal to the opposition goalkeeper.

Those nerves may have cost Yashin three years of his career, but football’s loss was ice hockey’s gain. Dynamo Moscow made him the goaltender for their league team, and Yashin was rated as one of the top players in his position in the league. It was only the departure of Valter Sanaya and Alexei Khomich that saw Yashin quit ice hockey and focus on football again. A year later he had won the league and cup double and was the Soviet Union’s No. 1. As for the nerves, Yashin had an easy answer: “The trick is to smoke a cigarette to calm your nerves and then take a big swig of strong liquor to tone your muscles.”

Yashin’s Ballon d’Or was also achieved despite great adversity. At the 1962 World Cup, the 33-year-old was blamed for the Soviet’s quarter-final exit to Chile (it was later revealed he was suffering with concussion for much of the game), with the media in Russia and abroad declaring that the goalkeeper’s elite career was over. Eighteen months later and Yashin had been named as the world’s best player after conceding just six goals in 27 Russian league games, keeping 22 clean sheets. By 1967, and after three more appearances in World Soccer’s annual XI, he was awarded the Order of Lenin, the highest honour bestowed to Soviet civilians, at the age of just 37.

Yet Yashin’s iconic status in modern Russia comes not just from his expertise, but his emotional connection with his public. He was a humble man and a jovial character, always happy to help others. Oleg Ivanov recalls how Yashin would come in on his days off to assist the younger goalkeepers at the club, while Alexei Smertin spoke of Yashin’s behaviour at a match to celebrate his own 60th birthday. The great man spent the entire evening signing autographs rather than watching the game.

This story has a truly tragic end. In 1986, after public disagreements with Dynamo Moscow’s chairman threatened to ostracise him from the club, a blood clot in Yashin’s leg forced an amputation. Less than four years later, he lost a short battle with stomach cancer and passed away after surgery was unsuccessful; he was just 60 years old. Russia went into mourning, Yashin was awarded a state funeral and thousands queued to pay their final respects.

“Only Yashin, only Dynamo,” they still sing at the Arena Khimki close to half a century after his retirement. It is a reminder to the current crop of players exactly who they must live up to, in effort, style and demeanour. Every recipient of that chant faces a Sisyphean task; none will ever come close to matching the majesty of football’s greatest goalkeeping icon.