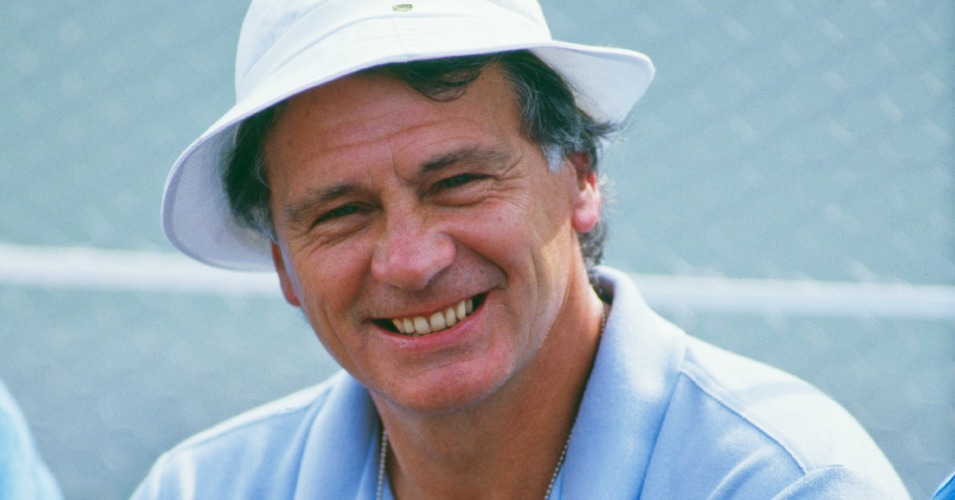 The Portrait of an Icon book, sold to raise funds for the Sir Bobby Robson Foundation’s work, will be available to pre-order from tomorrow, August 1. Information will be on site, and you will be asked to donate…

Kindness is often seen not as a virtue but a weakness in sport. Hard-wired chauvinism dictates that you have to be tough and macho in order to thrive. Only the strongest will survive. If that means standing on the toes and heads of your peers than so be it, for they’d only do the same to you. Treat others not as as you’d have them treat you, but as how you fear they would. It creates a culture perhaps not of hate, but certainly mistrust.

Sir Bobby Robson disproves this theory. He was the kindest, gentlest man you could imagine, inside sport and out. The old adage suggests that football is a gentleman’s game played by hooligans, but Bobby was the gentleman of English football. He then became its grandfather.

My own grandfather was unusual in the north east in that he supported the local game in general rather than having allegiance with a particular side. Yet, as with so many in the area, there was a special glint in his eye reserved for Robson. He was not so much a north-east football manager as the area’s ambassador, receiving – but never demanding – the respect of the entire region.

He also happened to be one of English football’s most successful managers. Taking over at Ipswich in 1969 at the age of 36, Robson won the FA Cup and UEFA Cup, leading the club to nine top-six finishes in his last ten seasons in charge. In an era when Liverpool, Aston Villa and Nottingham Forest all ruled Europe, Ipswich were unfortunate to miss out on the league title for the second time in their history. Supporters will remember him fondly for turning down lucrative offers from Everton, Sunderland and Barcelona.

Having taken over from Ron Greenwood in the England job, Robson’s initial years mirrored the side’s current guise. Impressive qualification campaigns resulted in major tournament disappointment, and twice he offered his resignation. Graham Taylor labelled it “the impossible job”, but Robson came tantalisingly close to achieving the dream. He remains the only manager to lead England to a World Cup semi-final on foreign soil. A reputation had been redeemed, his touchline jig to David Platt’s winner against Belgium the metaphorical celebration of English football’s re-awakening after the darkness of the 1980s.

The target of much media examination and vitriol, Robson responded in the only way he knew how. Receiving a note of congratulations from a tabloid journalist who had been zealous in his criticism, the then-PSV manager responded by flying the journalist out to the Netherlands for dinner to say thank you.

The anecdotes about Robson could begin on one day and continue late into the following night. He was a character in the truest, most positive sense of that word, nothing about his warmth or humour manufactured. Many of these stories revolve around Robson’s slightly dithering mind, his malapropisms earning their own entrance into football’s hall of fame.

My favourite one comes from Italia ‘90, when he descended in his hotel lift. As the door opened he saw captain Bryan Robson standing in front of him. “Hi Bobby,” said Bobby. “No, I’m Bryan, you’re Bobby,” replied Bryan. Manager Robson was only too pleased to laugh at his own flaws.

It should not be forgotten that Robson was also a trailblazer, one of few English managers who have journeyed abroad not for redemption but through choice. He won five league titles with PSV and Porto, plus the European Cup Winners’ Cup in Spain. Robson being in charge of Ronaldo, Luis Figo, Hristo Stoichkov, Pep Guardiola and Luis Enrique in 1996/97 might be football’s peak in my eyes.

Despite those successes, to be surprised that Robson’s own personal zenith came when he was appointed as Newcastle United manager at the age of 66 is to misunderstand his very raison d’etre. Born in Sacriston three miles north of Durham, his life revolved around the north east of England no matter how far away he travelled. After being given the freedom of Newcastle in 2005, Robson was deeply emotional: “When I received my knighthood I really thought that’s as good as it gets, but I have to say being granted the freedom of Newcastle Upon Tyne has to be the proudest moment of my life and I stand here full of personal emotion and humility.” Robson rarely stood anywhere with anything else.

In his autobiography, Robson discusses why he was so emotional on that day. ‘Perhaps it was because I talked about my father, and how he went down the pits white and came up black in an area where those two colours symbolise a city’s love for football, a love that burns within me and will never fade.’

By then, however, Robson was already locked in another battle far tougher than any game at St James’ Park. First diagnosed with the disease in 1991, he defeated bowel cancer in 1992, a malignant melanoma in 1995 and tumours in his right lung and brain in 2006. He fought this tormenting monster on five separate occasions.

When he finally succumbed to a terminal diagnosis in February 2007, Robson responded in the only way he knew how. “My condition is described as static and has not altered since my last bout of chemotherapy,” he said. “I am going to die sooner rather than later. But then everyone has to go sometime and I have enjoyed every minute.”

Rather than collapsing in on himself, Robson used the power of the overwhelming love he received to establish the Sir Bobby Robson Foundation, devoting the final years of his life to helping the next generation fight the disease. We all wish we could be strong enough to respond like that, but it takes great strength and courage. It is looking death square in the face, making the best of a situation that has no positive spin. Robson referred to the Foundation as “my last, and my greatest, team”.

The footage of Robson’s last public appearance, at a match arranged by his own charity, is overwhelmingly emotional. He is unrecognisable in appearance but complete in spirit, repeatedly smiling and waving to the crowd before Nessun Dorma plays, the soundtrack to Italia ’90. Unlike the title of his autobiography, Newcastle’s supporters were saying farewell and goodbye to the city’s favourite footballing son. Five days later, Sir Bobby had passed away, taken at 76 by the disease which had eaten away at him for 18 years.

“Bobby Robson is one of those people who never die, not so much for what he did in his career, for one victory more or less, but for what he knew to give to those who had, like me, the good fortune to know him and walk by his side,” said Jose Mourinho upon learning of Robson’s death.

Personal friend Alex Ferguson reflected on Robson’s heritage and personality: “His character was hewn out of the coal face, developed by the Durham County mining background that he came from. His parents instilled in him the discipline and standards which forged the character of a genuinely colossal human being.”

Yet it is fitting that the final words on Robson should come from the man himself, passed on from a fan who met him. Paul Wilson’s excellent Guardian tribute from 2009 contained the following comment below the line:

‘My friend was lucky to meet him and asked him why he thought people loved him, and Sir Bob was typically self-effacing. “They don’t love me,” he told him. “They can’t, because they don’t even know me. But if they love the things I hope I stood for, like decency and fairness and courage, then I’m happy enough. And proud too.’”

When Robson died, it is more than a throwaway line to say that a part of English football died with him. Losing him was like losing a piece of our sporting heritage. He was the bridge between the old and the new, a football life that began around the coal mines of wartime County Durham and ended with him sacked at Newcastle, expensive imports brought in without his consultation. He dealt with everything with the same consummate calmness.

English football may have produced better managers, and it has certainly boasted better players. But it will not be fortunate enough to be blessed with many greater people than Sir Bobby.