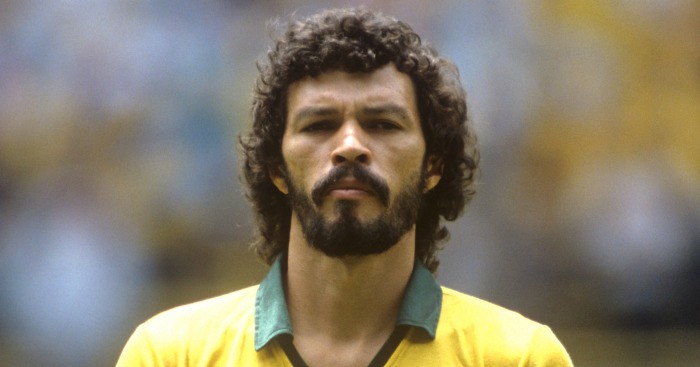 Mixing sport and politics is a dangerous game, with blissful ignorance the default position. When England striker Harry Kane was asked for his feelings on Brexit last summer, he answered the question with the straightest of straight bats.

“I woke up today and saw the news,” Kane said. “A few of the lads were talking about it but I don’t think the lads are too focused on it to be honest. I don’t think any of us know too much about it to comment on it.” Nailed it.

That prevailing attitude is forgivable. Kane and his teammates are paid to kick a ball into a goal (or not, as the case may be) rather than offer political insight. We can wish for players to be role models for our children, but asking them to offer advice to the electorate is a little more ambitious.

Yet Kane also represents the bubble in which modern footballers exist. In an environment of homogeneity, where every week merely brings another twist on the same stadiums, coaches, planes, changing rooms and weekly schedule, it is easy for elite sportspeople to live outside of “normal” society. There is the (surely apocryphal) story of the Portsmouth FC “fixer” who was asked by a new signing to work out why he kept waking up with a damp pillow; an open window allowing rain to be blown into the bedroom was diagnosed as the root cause.

Amid a sea of beige, Sócrates Brasileiro Sampaio de Souza Vieira de Oliveira was a flash of yellow and blue. The Brazilian playmaker did not just aim to entertain people, but acted as the guardian of their aspirations.

“Nowadays people sell the idea to children that football can make you rich and famous – but that’s all,” he once said. “It doesn’t mean anything; the main thing is that you get to know both sides of life and to experience meeting people.”

Sócrates was as far from the established footballer norm as it is possible to stray. He delayed his professional career until the age of 20 in order to study, and did not earn his first Brazil cap until the age of 24 due to qualifying as a medical doctor. After retiring, Sócrates became a doctor of philosophy and gave lectures about sport’s role in social inclusion and democracy.

“The best thing that football gave me was the chance to get to know human beings,” he said in 2009. “I got to meet people who suffered a lot and also those on the other side of society, who had everything, so I could see both sides of the society we live in.”

If social cohesion became Sócrates’ passion in retirement, political action was his career calling card. It is no exaggeration to label him as a footballing revolutionary.

During the 1970s and 80s, Brazil was governed by a US-backed military junta, overthrowing the democratic government in 1964. Political opposition was controlled by any means necessary, including the killing, torture or imprisonment of dissenters. As with every other element of Brazilian culture, football (and its clubs) was structured and loosely managed through dictatorial methods.

Along with a group of his teammates at Corinthians, Sócrates offered a vision of democracy. A process was established in the club whereby every decision was agreed by vote rather than at the behest of the board, with every member of staff in the “company” given an equal say, both on the biggest issues and on minutiae.

“We started discussing things and it created a really convivial atmosphere,” Sócrates said. “Each of us started giving his opinion and expressing his feelings. Basically our aim was to democratise expression.”

Without success, Corinthians’ vision could never have been realised. Sócrates’ club won the 1982 and 1983 São Paulo Championship, with the playmaker at the heart of their success. With provincial elections around the corner, players wore “vote on the 15th” on the back of their shirts. The populate, wowed by Sócrates’ talent and in admiration of the team’s stance, took Corinthians to heart. Rather than acting as escapism from the misery of life under an authoritarian regime, football was at the forefront of fighting it.

Sócrates was also critical of those who he believed had ignored their responsibilities and failed to fight for social mobility: “Our players of the 1960s and 1970s were romantic with the ball at their feet, but away from the field absolutely silent. Imagine if at the time of the political coup in Brazil a single player like Pelé had spoken out against all the excesses.” Once sport’s power to influence is ignored, its importance is diluted.

Importantly, Sócrates never reneged on his principles. His move to Fiorentina in 1984, at the age of 30, was born not out of professional ambition but morality. Having declared that he would quit the country should presidential elections not be forthcoming, Sócrates stayed true to his word. He returned to Brazil a year later, the lure of a relaxed way of life too strong: “I was in Florence for a year with Fiorentina and sometimes I didn’t want to train, but to hang out with friends, party or have a smoke. There’s more to life than football.”

Sócrates was a majestic footballer, an intensely beautiful player to watch. His speed of thought was far beyond most oppositions, but brains and beauty blended in perfect harmony. With his untidy hair and long legs, Sócrates looked slightly ungainly away from the field, his frame stretched. Yet as soon as he pulled on Brazil’s yellow and blue, there was none more elegant. The great man played with a serenity that looked like apathy, yet had the grace to make the best defenders look foolish.

He was, most notably, the captain of Brazil’s 1982 World Cup team, perhaps the most beautiful side in history. This was Joga Bonito not as an Nike advertising slogan, but as the essential message of Brazilan football style, a kickabout on Copacabana beach taken to its maximum and beyond. Of that team, Sócrates was its fulcrum and its leader, if not through passionate demands then through inspiration. Zico may have had more talent, but Sócrates was the icon.

Watching Sócrates back now is to see a player in physical and mental control of every situation when with ball at feet. He rarely sprinted and regularly went for minutes without jogging, yet his vision and presence of mind meant he often found space away from a defender; given the time and space, there were few better. “Anyone who runs doesn’t think,” Sócrates once said. “Anyone who thinks, doesn’t have to run.” René Descartes meets the boy from Belém.

While Italy may have proved victorious in the battle over Brazil in 1982, Sócrates would remark that his team won the war. While Johan Cruyff became infatuated with winning through beauty, Sócrates not only separated the two but ranked the latter above the former. Do not shed tears for his disappointment.

“To win is not the most important thing; football is an art and should be showing creativity,” he said.

“If Vincent van Gogh and Edgar Degas had known when they were doing their work the level of recognition that they were going to have, they would not have done them the same. You have to enjoy doing the art and not think ‘will I win?’”

Players and people like Sócrates deserve to go on living forever, or at least deep into their old age, passing poetic comment on the world and the world’s game. Yet life is cruel. In 2011, at the age of just 57, Sócrates suffered gastrointestinal bleeding caused by cirrhosis of the liver. It was related to his tendency to drink that he only accepted as an addiction in his later years.

By the time Sócrates vowed to change, it was too late. “I drink to live,” Sócrates once said during happier times, but the demon overpowered him in the end. Football had lost one of its darlings at a tragically young age.

“On the field with his talent and sophisticated touches, he was a genius,” said Brazil’s president Dilma Rousseff, herself imprisoned and tortured under the military junta’s regime. “Off the field, he was active politically, concerned with his people and his country.”

As a country mourned the passing of a hero, Sócrates could not resist making his final impact upon his beloved club. Three years before his death, he had spoken of a desire for Corinthians to win the title on a Sunday after he passed away. Later that evening of Sunday 4 December 2011, Corinthians beat Palmeiras to win the Championship. Supporters held a minute of silence, holding up their fists as Sócrates did.

“My political victories are more important than my victories as a professional player,” Sócrates once said. “A match finishes in 90 minutes, but life goes on.” Like each match, life is finite, but there is no limitation on how long a reputation can last. He will be remembered far longer than most.

Sócrates embodied not just the artistic side of Brazil’s greatest passion, but the impact he could have. He was concerned not just with the game and never with himself, but with the people. Brazil will forever cherish Garrincha as the joy of the people; Sócrates will always be their soul.

brazil portrait of an icon Socrates