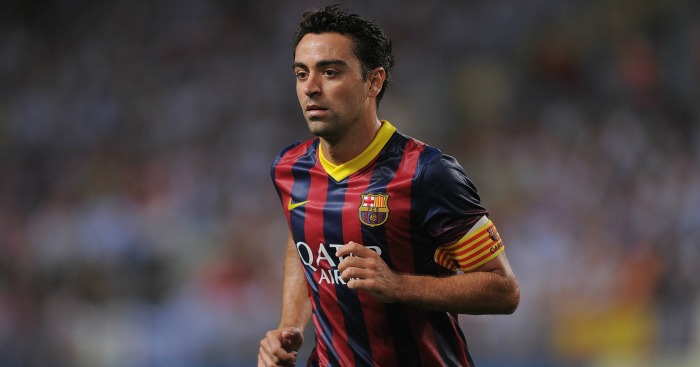 There was a sign fixed to a wall at FC Barcelona during the 1960s and 1970s: ‘Turn around if you are here to offer a Juvenil player that is shorter than 1.80m’. It was a word of warning, but also an indication of football’s wider philosophy. Physical attributes were king, power and presence prioritised over poise. Barcelona were merely following the trend.

In 1986, a 15-year-old Pep Guardiola celebrated emphatically after learning from club doctors that he would grow to be 1.80m tall. Ten years earlier, manager Laureano Ruiz had planted the seeds of change, ripping down that sign. Yet the underlying principle still remained: If you couldn’t hold your own in a fight, you wouldn’t make it at the highest level.

Two years after Guardiola’s tests, Johan Cruyff arrived at Barcelona with a dream, a vision of Total Football that would change a club forever. His request for a new academy system was accepted by president Josep Lluis Nunez, and La Masia was born. Ruiz may have planted the seeds, but Cruyff was the master gardener. Never again would physicality be the deciding factor in selection.

Twenty-four years after joining Barcelona as an 11-year-old, Xavi is crying. It is his Barcelona farewell, a 17-year association with the club’s first team coming to an end. Andres Iniesta has paid his tribute to a “captain, teammate and friend”, and the tears flow. The only surprise is that they are not tinged with a Blaugrauna hue.

Following that presentation, Xavi walked out onto the Camp Nou pitch, where the 24 trophies he had won were arranged in the same fashion that you or I would arrange coffee mugs or cans of soup in a cupboard. The array of trinkets was astonishing: Eight La Liga trophies, three Copa Del Rey cups, six Spanish Super Cups, two European Super Cups, two Club World Cups and three European Cups.

A fourth European Cup would arrive a few days later, Xavi introduced as a substitute as Barcelona beat Juventus 3-1 in Berlin. It meant that the captain lifted trophies after each of his last three games at his hometown club (league title, Copa Del Rey, European Cup), perhaps the grandest send off in the history of club football. Barcelona have won 84 major trophies in their history; Xavi was present for 25 of them. 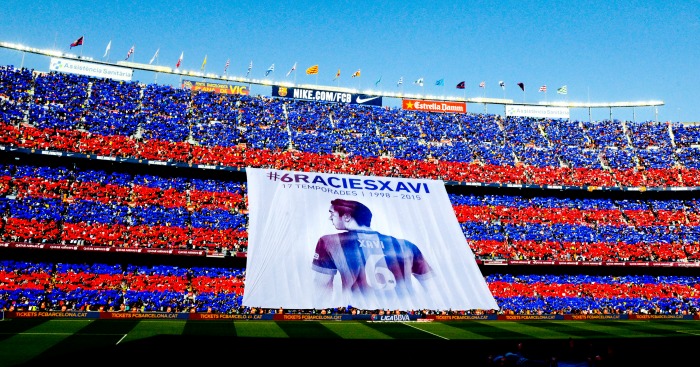 It was Hristo Stoichkov who mentioned that Barcelona’s history would be judged in terms of pre- and post-Xavi, but that same sentiment could easily be applied to football as a whole. Many players win trophies, but very few change the concepts of how the game can, or even should, be played. After an age when physicality had been cherished, Xavi was the standard-bearer for technique over physique. He turned it into an art form. As the man himself said: “Physically I’m limited, but I’ve survived by using my head.”

Given his now iconic status, it seems an alien concept that Xavi could ever have been anything other than vital to Barcelona. Yet he twice came close to leaving the club, once as a teenager and once again towards the end of Frank Rijkaard’s reign, with the club in financial strife.

“Six years ago I was extinct as a player; footballers like me were in danger of dying out,” Xavi said in an interview with the Guardian in 2011. The defining moment would come in summer 2008, when Guardiola was appointed as coach of Barcelona. Having replaced his new manager in the first team a decade earlier, there was never any doubt that Xavi would stay.

Guardiola’s first-team appointment coincided with Spain’s Euro 2008 triumph, for which Xavi was named as the Player of the Tournament. Coach Luis Aragones had understood that rather than utilising power, his team had to find a methodology for maximising the talents of his team. Xavi was the orchestrator of a new Spain. Barcelona had their blueprint. 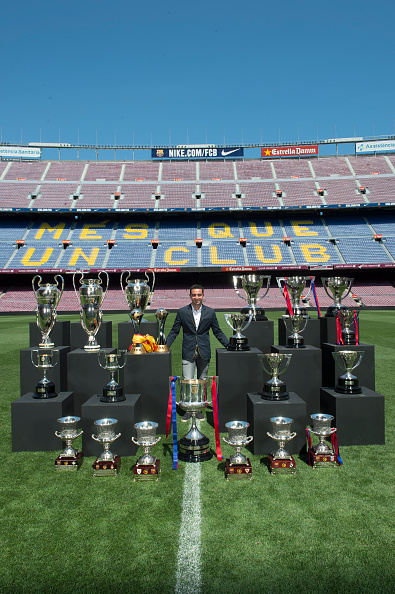 In a previous Portrait, I asserted that Michel Platini’s 1983-85 was the greatest period of individual performance in the sport’s history, but Xavi’s 2008-2012 runs Platini close. As Sid Lowe noted in a column for World Soccer Magazine, in each of those years Xavi won the most important trophy available: European Championship, Champions League, World Cup, Champions League, European Championship. In four seasons between the ages of 28 and 32, Xavi played 260 matches for club and country, a model of astonishing consistency and unprecedented collective success. A legacy had been assured.

The only things missing were individual awards, but don’t let that fool you. Between 2008 and 2012, Xavi was the best player in world football. The lack of Ballon D’Or in Xavi’s career is an indication of the might of Lionel Messi and Cristiano Ronaldo, two of the ten greatest players in the history of the game, but also the strength of their brand. Somewhere along the way, football was warped into a game of individuals on teams rather than team sport. It is hard to imagine a more emphatic team player than Xavi. If Messi is Barcelona’s beautiful exterior, he is the heartbeat.

Xavi’s lack of individual recognition, at least in terms of awards, is also indicative of a football culture infatuated by the final elements of an attacking move, obsessed by the prestige over the pledge or the turn. Yet for all the final flourishes, Xavi was the conductor, in total control of the tempo, rhythm and intensity of Barcelona and Spain’s play. Former Spanish international Joseba Etxeberria described him as “the one player who can move all 22 players on the pitch as he wishes, to his rhythm”.

Receive, turn, pass. Receive, turn, pass. Receive, turn, pass; repeat ad infinitum. Everything Xavi did looked simple, yet the reality is anything but. There was a precision to each and every movement. The placement of the pass allows the receiver to make space, the weight allows for the move to proceed with maximum efficiency and the hours of practice make for a touch and technique beyond anything else in world football. Former Barcelona president Sandro Rosell described tiki-taka as “Xavi’s registered trademark”. Most of his former teammates knew him as ‘Maki’, short for Maquina (Spanish for machine).

The conventional wisdom is that possession is the most vital ingredient in tiki-taka, but that is incorrect; it is time. Xavi’s vision and awareness gave the illusion that he was able to slow down the game, to make time stand still as he looked around for the best option. As Barcelona teammate Dani Alves poetically said, “While we live in the present, Xavi lives in the future. He thinks ahead of everyone.” The difference may only be half a second, but therein lies the difference. Others played; Xavi controlled.

There is something majestic about the simplest of things done spectacularly well. The musical maestro who plays a simple tune you remember from childhood, the Michelin-starred chef who makes you the perfect sandwich. The pass is the first thing a child learns with a ball, the game’s most simple action. Xavi took football in its most basic form, and perfected it to such a degree that it became unsurpassed. No skill or trick could come close, though he possessed them all.

“I pass and I move, I help you, I look for you, I stop, I raise my head, I look and, above all, I open up the pitch,” Xavi says of his metronomic style. If it looks simple, it’s because he’s doing it right. “Only those who have patience to do simple things perfectly ever acquire the skill to do difficult things easily,” as the boxer James R Corbett once said.

Xavi’s forefather would undoubtedly agree. “Simple play is also the most beautiful,” was Cruyff’s mantra. “How often do you see a pass of 40 metres when 20 metres is enough? A good player almost always has the problem of a lack of efficiency. He always wants to do things prettier than strictly necessary.” Xavi was Cruyff in excelsis through the conduit of Guardiola; the apprentice of the master’s apprentice who became the new master.

Like Cruyff, Xavi’s greatness lies in his influence as much as his success. The age of the driving, roaming, all-action midfielder will never pass, but Xavi’s prototypes will pass and move better. Yet Xavi’s lasting legacy lies not in individuals, but his teams. He was the integral member of two of the greatest sides in history, a magician whose greatest trick was to keep his genius hidden underneath the goals and trophies he (often literally) assisted.

“I’m a team player,” Xavi told Graham Hunter for his book Barca. “Individually, I’m nothing. I play with the best and that makes me a better player. I depend on my teammates.” Never as much as those teammates depended on him.