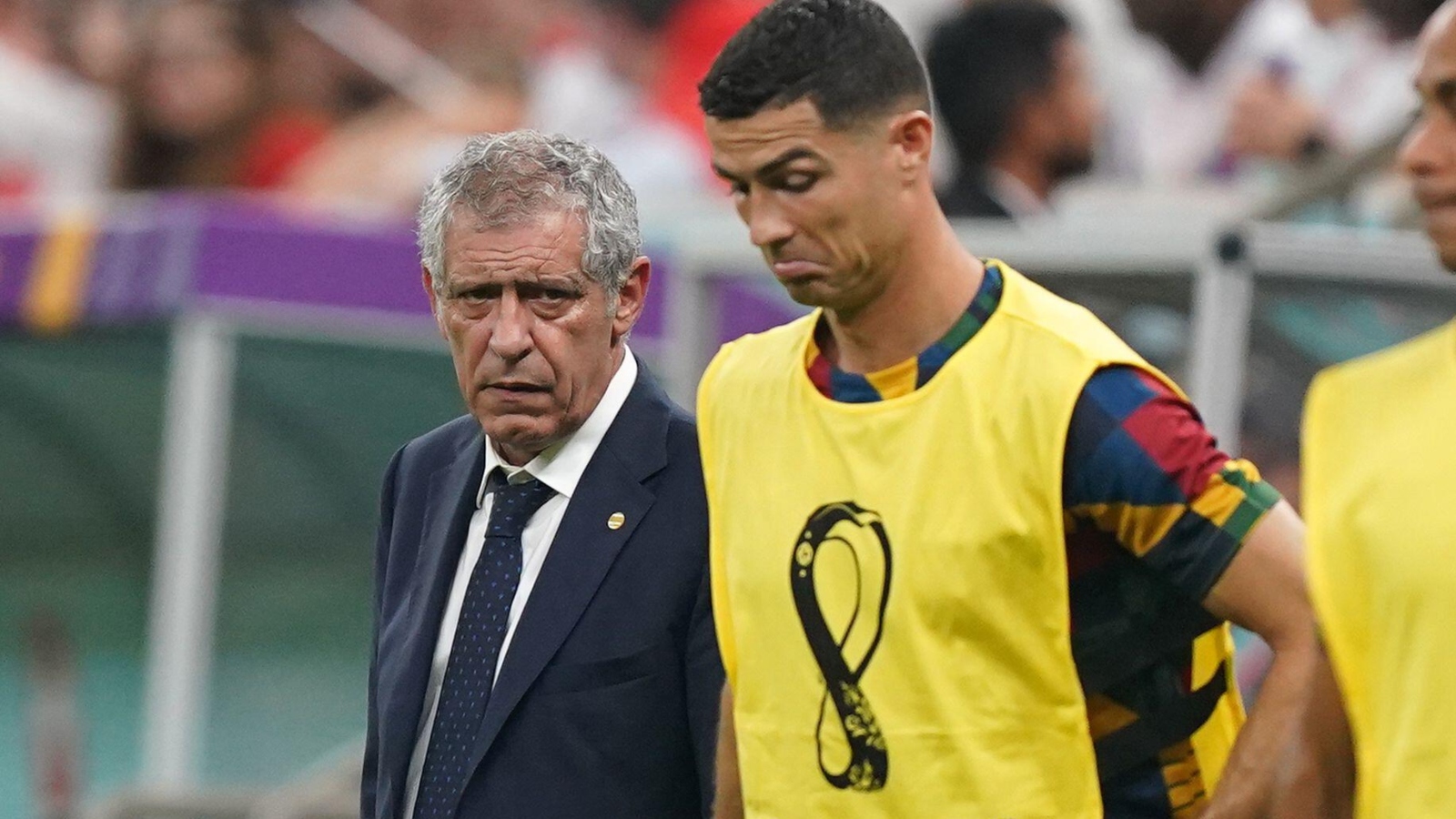 Portugal boss Fernando Santos has revealed details from the “frank conversation” he had with Cristiano Ronaldo to explain why he would start on the bench against Switzerland.

Reports in Portugal claim Ronaldo was ready to walk out on his country after learning he would be on the bench for the last-16 clash with Switzerland.

The 37-year-old came on in the closing stages as Portugal booked their place in the quarter-finals with a 6-1 win.

Santos revealed he told Ronaldo he would not be starting on the day of the game, and admitted international football’s record goalscorer took some convincing.

He said: “We did have a conversation and it would have been very bad if we did not have that conversation.

“Since I took the helm we needed to talk and have a close relationship with the players, that’s my approach.

“He’s the captain of our squad and with what he represents for Portuguese football, for the Portuguese people and the national team, naturally I needed to talk to him.

“So when we had this conversation it was on matchday, after lunch. The only conversation was on that day and I explained why he would not play.

“In my office, I told him in terms of strategy it is better if you don’t play, I would save him for the second half if need be.

“Cristiano, for obvious reasons, was not very happy about it. He has always been a starting player.

“He has never told me he wanted to leave our national team. I think it’s high time we stopped with this conversation and these polemics, because an example of what I just said is what he did during the match.

“He was warming up with the players even though wasn’t starting. He celebrated all our goals. And at the end he was the one who invited his colleagues to thank the fans.

Portugal forward Joao Felix echoed his manager’s sentiments in a bid to shift the focus from Ronaldo to Saturday’s quarter-final against Morocco.

“It has been spoken about enough,” he said.

“We have not reached the quarter-finals for a long time and we should all be closer together and not making the environment worse.”

Morocco coach Walid Regragui said he would be quite happy not to see Ronaldo’s name on the team sheet despite Portugal’s sparkling performance without him.

Nevertheless, Regragui said: “We are going to play one of the best teams in the world with one of the best players in history, so we know it is going to be tough but we will give everything we can to try to pull off a surprise.

“I don’t know if Ronaldo is going to play but as a coach I hope he doesn’t. I’ll be delighted if he doesn’t play.”

Regragui has not yet ruled out West Ham defender Nayef Aguerd, who went off injured in the penalty shoot-out win over Spain, for Saturday’s match.