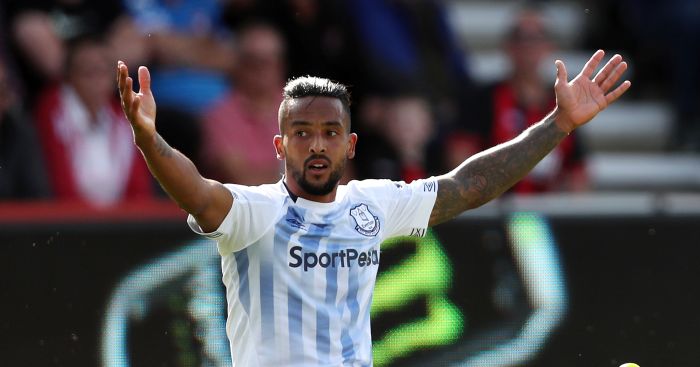 Everton forward Theo Walcott admits his ambition of a top-four finish this season may be a “bit too far-fetched” but believes sixth place should be achievable.

Since coming fifth in 2013-14 the Toffees have finished 11th (twice), seventh and then eighth last season. However, Walcott feels the club is now moving in the right direction under new manager Marco Silva, with back-to-back league wins lifting them up to 11th and within four points of sixth.

“Me personally I’m hoping for a top-four finish, I really am. I’ve set my goals really high,” he told evertontv.

“I’m a positive guy so I genuinely think we’re going in the right direction.

“You need to be realistic as well and think maybe that’s a bit too far-fetched, but I think sixth is reachable.

“We just have to start turning those draws into wins, it’s as simple as that.

“We’re not far off, I really don’t think we are. I think you can judge us fairly when everyone is back fit.”

Things have improved on that front with summer signings Yerry Mina and Andre Gomes both playing in a 60-minute game at the club’s Finch Farm training complex after foot and hamstring injuries respectively.

Midfielder James McCarthy, who sustained a double fracture of his right leg in January, also looks set to be in contention for the resumption of the Premier League campaign against Crystal Palace a week on Sunday after also featuring in that game along with captain Phil Jagielka, who has not appeared since the opening game of the season after suspension and a knee injury.