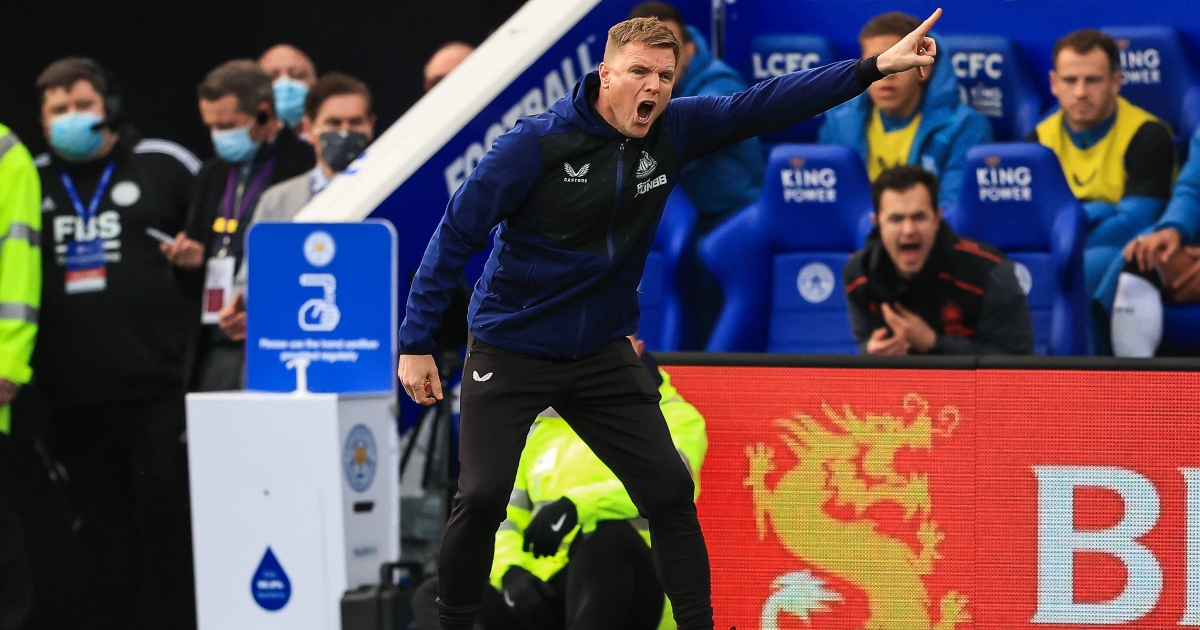 Newcastle United boss Eddie Howe insists he will not alter his “positive” approach for his side’s match at Liverpool on Thursday evening.

The Magpies go into the match at Anfield on the back of a 4-0 defeat at Leicester City. They are currently 19th in the Premier League table, three points adrift from safety.

The trip to Merseyside is not one Howe has undermined, but insists he goes into “every game” aiming to take all three points.

During Howe’s time at Bournemouth, he guided the Cherries to a 4-3 win over Jurgen Klopp’s side, coming from 3-1 down in the match.

“I am a positive guy,” the 44-year-old told Chronicle Live. “I am preparing for every game to try to win it.

“I think those games [with Bournemouth] are good experiences for me personally because you know it can be done.

Jurgen Klopp has won his last 6 meetings against Eddie Howe, winning by a combined aggregate score of 19-1.

“Our substitutes made a huge impact in that game and won us the game.

“Even from a position of 3-1 down you still have to believe.

“So we go to Liverpool believing we can get a positive result if we get everything right in terms of our preparation.”

It doesn’t get much easier for Newcastle after the Liverpool clash. They will host both Manchester City and Manchester United in their following fixtures.

Howe said: “I am looking forward to the games, I am not daunted by them.

“Now I know we have to perform or they become difficult but that is the challenge we have here.”

Elsewhere, Granit Xhaka called for Arsenal to be “more clever” after they beat their London rivals West Ham 2-0 on Wednesday night.

Next up for Arsenal is a trip to Elland Road as they face Leeds United on Saturday evening.

Xhaka said: “We can’t play every time the same game at home and away. We have to be more clever and start from the experienced players to the young guys.”