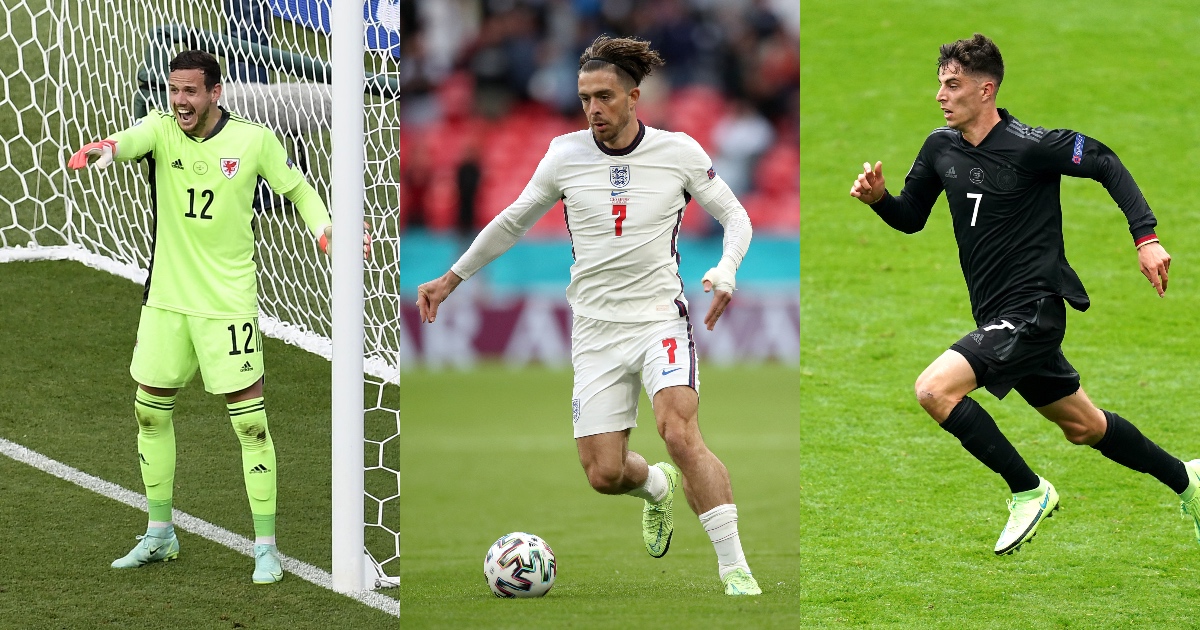 Five Englishmen make the cut as we look at the Premier League leaders for 20 positive stats from Euro 2020. Players had to have featured for over 150 minutes to be considered (yes, we want to get Jack Grealish in). Thanks to FBref for the numbers, which are per 90 minutes unless otherwise stated.

Key passes: Kevin De Bruyne (Man City) – 4.33
The Premier League leader was also the best in the tournament as a whole, with half a face.

Goals minus Expected Goals: Xherdan Shaqiri (Liverpool) – +0.39
Three goals for the stoutest Swiss, who always seems to turn it on at major tournaments.

Shots on target: Kai Havertz (Chelsea) – 1.52
Scored twice from a combined distance of about three yards and struck more shots off target (6) than on (5). But he was there.

Completed crosses: Andrew Robertson (Liverpool) – 1.67
Robertson completed five crosses in the tournament. Only Jordi Alba completed more with six and he was on the pitch for more than twice as long.

Pressure success: John McGinn (Aston Villa) – 8.00
A dog without a bone, who really doesn’t like dogs…

Shots blocked: Toby Alderweireld (Tottenham) – 1.75
Chris Mepham would have been in had he not been stuck in Championship purgatory with Bournemouth. He blocked nine shots in three games for Wales.

Successful dribbles: Raheem Sterling (Man City) – 3.10
Ten more successful dribbles than Kylian Mbappe in second place, who had 12. Sterling would have been in third place if he had only played that semi-final v Denmark.

Touches in attacking box: Jack Grealish (Aston Villa) – 7.00
Sterling leads the way in total with 40, but just five of those came in the 120 minutes against Italy, compared to 14 against Denmark.

Saves: Danny Ward (Leicester) – 4.50
The most saves and the fourth highest save percentage (75%). He really should play football more often.

Save percentage: Jordan Pickford (Everton) – 88.2%
Surprisingly brilliant for England. A hero in defeat.

Ball recoveries: Pierre-Emile Hojbjerg (Tottenham) – 11.9
Another member of our team of the tournament. Turns out he’s more of an all-round midfielder than his time at Spurs has allowed.

Aerial duels won: Grant Hanley (Norwich) – 5.83
The Norwich man also has a very respectable aerial win percentage of 77.8% but he’s not quite Caglar Soyuncu, who won all nine of his nine aerial battles. He was one of the best of the Championship.

Fouled: Jack Grealish (Aston Villa) – 5.7
Called it. The most fouled Premier League player was also the most frequently felled at Euro 2020.