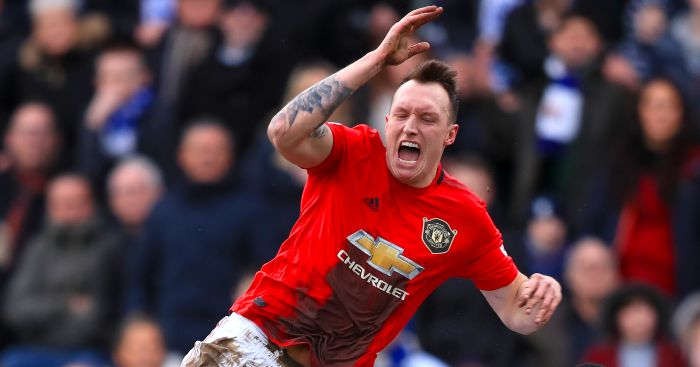 Approximately how many minutes into £27m centre-half William Saliba’s first training sessions with Arsenal did the coaching staff clock that he struggled against free-kicks and corners? According to ESPN, Arsenal ‘would like to see the Frenchman improve in defending set-pieces and mature in style, notably avoiding diving into tackles’ and so are prepared to send him on loan to the Championship. That is quite the endorsement of Mikel Arteta’s judgement as Saliba – bought on Unai Emery’s watch – was far from cheap.

If Arsenal thought William Saliba needed another loan this season, they should’ve loaned him out to a Ligue 1 club where he could stay close to his family while coping with his mother’s death & still playing at a high level. Loaning him out to a Championship club makes no sense.

“Forest could do with someone like Henri Lansbury back there to be quite honest with you,” said Noel Whelan this week as he discussed the future of midfielder Lansbury, surplus to requirements at Aston Villa now they have exited the Carabao Cup. Lansbury has not even made the bench for Villa’s surprising Premier League start, finding himself behind Douglas Luiz, John McGinn, Ross Barkley, Conor Hourihane and Marvelous Nakamba in the central midfield pecking order. Forest fans are not so keen.

The Irishman started (and played excellently) against Wales on Saturday night but he cannot get near Brighton’s Premier League XI, seeing his first-team hopes ended by the Seagulls’ exit from the Carabao Cup. Millwall would have him back in a flash but his best option might be to hope former Brighton boss Chris Hughton fancies him more than Lansbury for a little spell in Nottingham.

Injuries have played their part as central midfielder Benson has made it as far as a Premier League bench this season while making his senior Burnley debut in the Carabao Cup. The former Arsenal trainee certainly impressed against Millwall, showing he could definitely play and excel at Championship level. He was a revelation on loan at Grimsby last season but Ian Holloway admits that Benson is probably a little too good for League Two.

Middlesbrough, Watford and Derby are just three of the Championship clubs interested in left-back Rahman, who joined Chelsea five years ago in a deal purported to be worth £22m. He has played just 44 league games in those five years for Chelsea, Schalke, Reims and Mallorca but that does not seem to be ringing any alarm bells for various clubs in the second tier, who would happily take the Ghanaian international on loan (as long as Chelsea pay the majority of his wages).

Do you remember when Chelsea signed Baba Rahman for a fee of £14m that could potentially rise to £21.7m due to success based add-ons.

By my maths, that means the transfer fee is still at £14m… pic.twitter.com/FxuxYOyyqM

Next month will mark the four-year anniversary of Wickham’s last Premier League start. Remarkably he is still only 27, his career having been blighted by injury after injury. He is currently sidelined once again but Palace would clearly like to move him on this week, though last season’s underwhelming loan at Sheffield Wednesday was not a great advertisement for his wares.

“Bolasie is doing well, he’s training well and properly. He’s a professional,” said Carlo Ancelotti. “He is not part of the squad. He can train with us if he’s not able to find a club until the end of the market, and if he stays here of course we are going to train him. But I said to him that we have a big squad, and unfortunately there is no space for him.” The Championship surely beckons for the £25m winger who was playing Europa League football last season with Sporting in Lisbon.

Not been let go…i spoke with the boss last week, not news for me

The Scot has been told he can leave on a free transfer so all he needs to do is find a Championship club who want a hand-working central midfielder. McDonald has played 128 games for Fulham since joining from Wolves but there was little or no chance of the 31-year-old playing in the Premier League, especially after the signings of Ruben Loftus-Cheek and Mario Lemina on loan and Harrison Reed on a permanent basis.

The Scot was starting for Leeds in the Championship as recently as July but there’s not even been a Premier League bench place available for Douglas this season. As soon as Leeds lost to Hull on penalties in the Carabao Cup, it’s been a matter of when and not if he departs for pastures new. Having previously played in Poland and Turkey, Douglas will not be fazed by potentially moving south all the way to Watford.

“If clubs are looking for a midfield player that has a view of the game, a great understanding of the game and who is an incredible professional, and who’s great in a changing room…Matty needs some games now to get up to full speed but it’s certainly no hardship having Matty around because he’s a fantastic guy and a great footballer.” Brendan Rodgers has nothing but good things to say about a player whose career has been ravaged by injuries; he has made just 15 Premier League appearances in the last five years.

He would perhaps have assumed that seven Premier League goals would have earned him another shot at the top flight but the free-kick specialist proved to be out of the price range of Burnley and other potential suitors. So back into the shop window Wilson is likely to go with another loan spell at a Championship club. Having targeted £5om from the sales of Rhian Brewster, Marko Grujic and Wilson, Michael Edwards will be praying for another 15-goal season, a promotion and a £15m offer at least.

It’s been over five years since Roberts joined Manchester City from Fulham and it’s approaching five years since Roberts made the last of his three appearances for Manchester City. He has since been on loan to Celtic (twice), Girona, Norwich City and Middlesbrough, where he is expected to return later this week after scoring one whole goal on his loan spell there last season. He has two more years on his City contract.

He’s only 28. Just 28. That seems utterly nonsensical but it’s true. What is also true: Jones has a Manchester United contract until 2023. In attempting to protect their assets, United have made various players utterly unsellable. See also Marcos Rojo. But Jones clearly has no future at United and might be well-advised to quietly return to Blackburn on loan (with United paying almost all his wages) while there are no crowds to give him endless grief.

Yoo!! Phil Jones has survived another transfer window. Man is a legend. 😭 😂

The Ghanaian winger (with 60 caps!) has played a grand total of ten Carabao Cup minutes this season and has not even made the bench since, which is quite the fall from grace after playing in 19 Premier League games last season. Both Nottingham Forest and Watford have been credited with an interest in a winger who has never been remotely consistent enough for the top flight.

Currently injured but his fitness is unlikely to make a difference to his chances of first-team football at Sheffield United, who have signed Rhian Brewster to single-handedly score more goals than any of the blunt Blades strikers managed between them last season. Mousset notched just once in the second half of the campaign amid rumours of a fall-out with Chris Wilder. And nobody survives a fall-out with Chris Wilder.

Losing 9-0 famously did not cost Southampton manager Ralph Hasenhuttl his job but Saints goalkeeper Gunn has never recovered; he has not played Premier League football since and his place on the bench has now been taken by the returning Fraser Forster. Three into two just does not go – ask Sergio Romero – so Gunn is likely to go on loan to the Championship, with Stoke long touted as a possible destination.

Unpopular opinion #saintsfc – The way we have wrote of Angus Gunn is ridiculous, one terrible game for everyone & his development has completely been disregarded.

We can’t keep on being so lazy in developing players.

Sheffield United, Ipswich, Swansea, Stoke and Luton have all had the pleasure of CCV’s company over the last three years and Bournemouth are thought to have joined at least two of those clubs in being interested in the American (still only 22) who got as far as a Europa League qualifying bench this season but no further. The last of his four actual games for Spurs came almost four years ago now; a 4-3 win over Wycombe is not a great look on a centre-half.

A 29-minute hat-trick for your country is one way to remind your manager of your existence, but the Pole’s best chance of any meaningful club football this season is still a loan spell in the Championship. He has played 55 minutes of Carabao Cup football this season but Slaven Bilic is not for shifting away from his wing options of Grady Diangana, Matheus Pereira and Kyle Edwards.

The current Young Hammer of the Year made his West Ham debut last season before impressing on loan at Oxford United in League One. Although he is currently sidelined with a hamstring injury, Holland has still emerged as a loan target for several Championship clubs hoping he is the new Grady Diangana. Which means that West Ham will probably sell him next summer to a chorus of loud disapproval.

After one of those bizarre loan spells where he was sent to a better team (Leicester), Bennett is back at Wolves and training with the Under-23s. He is surely bound for the Championship now, with Norwich among those clubs linked with the 30-year-old. He was last seen playing in whatever the Checkatrade is called these days…

Some big Wolves names getting valuable minutes for the development side at Bradford tonight in the EFL Trophy. Ki-Jana Hoever, John Ruddy and Ryan Bennett all start. Dion Sanderson playing as well. #wwfc https://t.co/Ocu1mHxkua