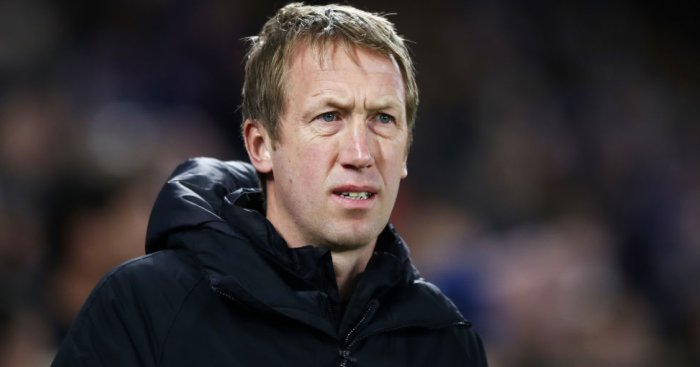 Graham Potter claimed that Brighton played better in their loss to Liverpool last week than in their draw with Wolves.

A positive week that also saw victory over Arsenal came to an end with a 2-2 draw against Wolves, with Neal Maupay and Davy Propper scoring for the Seagulls.

Potter admitted that they had to work hard for their share of the spoils, but refused to be overly critical of his squad.

“It’s a hard-earned point that we’re happy with against a good opponent who are 11 matches unbeaten,” he told BBC Sport. “They make it difficult for you with some very good players. [Adama] Traore is especially difficult on the transition, when they turn the ball over they are so quick.

“We started off OK then they got back into it and scored, then and we had a bit of luck to keep it at one. We’re disappointed to concede the second how we did but 2-2 was fair at half-time.

“We weren’t quite at the level we’ve played at before but Wolves don’t make it easy. We didn’t do enough to influence that aspect of the game but I’m not going to be too hard on the players.

“We probably played better at Liverpool than we did today and got nothing there. The Premier League can punish you and you have to take the results you get.”

Brighton now have eight days to prepare for their derby against Crystal Palace.