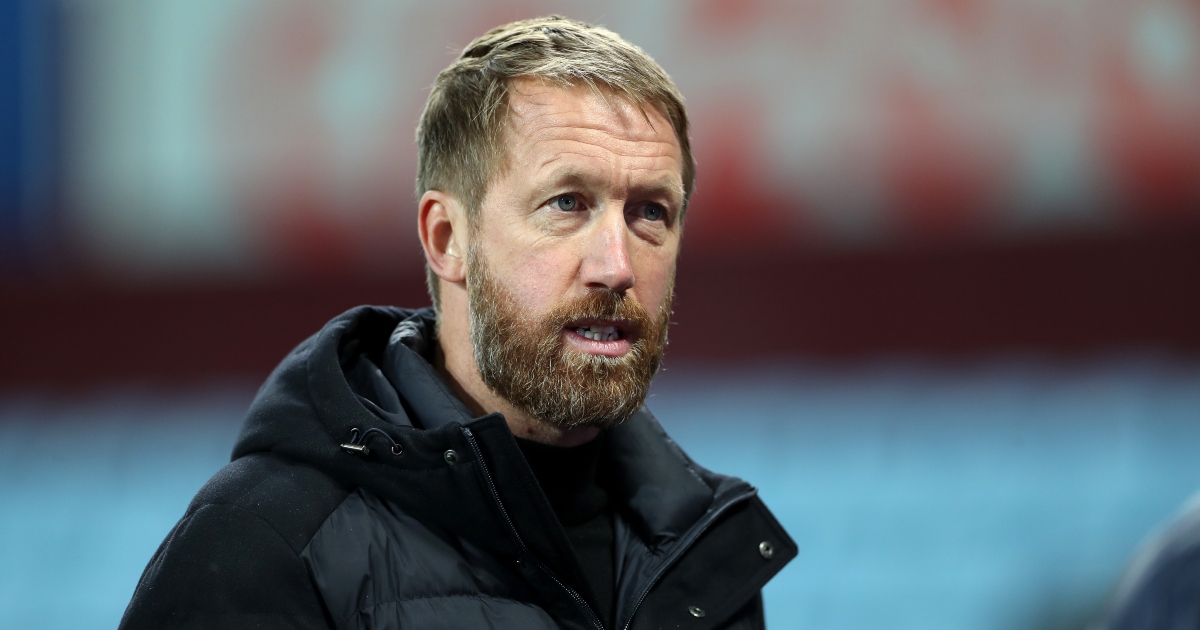 Graham Potter is staying positive despite Brighton being winless in their last seven Premier League games as they take on Leeds on Saturday evening.

The Seagulls were flying high earlier in the campaign following four wins in the opening five league games.

The last of those, however, came back on September 19, since when Brighton have drawn five – notably 2-2 at Anfield – and lost twice, beaten last weekend at Aston Villa in Steven Gerrard’s first match in charge.

Brighton were held 1-1 by Newcastle in their previous match at the Amex Stadium before the international break.

Potter knows it is a run which must be broken sooner rather than later – and by any means.

“It (recent home form) sums up where we have been this year – the good, the bad and I wouldn’t say the ugly, but the not so fantastic,” the Brighton boss said.

“We want to try and keep improving, we have done a lot of things well, but there is always room to improve and the next game gives you that opportunity.

“It is going to be a good game with the way Leeds play, an exciting and an interesting one to watch, so we will need our supporters and we will give it our best.”

Leeds head to the south coast in need of a confidence boost themselves.

“We want to keep improving and get our level a little bit higher. There’s always room to improve.

“It’s going to be a good game, it’s going to be exciting the way Leeds play. We’ll need our supporters and we’ll give it our best.” #BHAFC pic.twitter.com/IdDeppFxlb

Potter, though, will not underestimate the performance levels needed in Saturday’s late kick-off.

“The thing with Leeds is it is so authentic, so clear and they have had an amazing journey with Marcelo there.

“A big club like Leeds United with that support and belief behind them, they are always going to be a fantastic opponent in the Premier League.

“It is a game you have to look forward to – you know what you are going to get, an intensity that is really impressive and you have to stand up to that.”

The 46-year-old remains very much focused on meeting the next set of challenges head on.

“You have got to try and be in the moment, got to work with perspective all the time and also be grateful for the experience you are having,” Potter said.

“You understand about the external noise around the Premier League, which I think is quite unique.

“It is the challenge of the league in terms of how hard it can be to get wins and how you need to keep the scoreboard ticking over.

“So you need to keep positive, need to keep believing in what you are doing because it is not like you are winning every other week.

“With international breaks, you can go a long time (without winning), so that is the test of character which makes you grow as a person and I am grateful for the experience.”