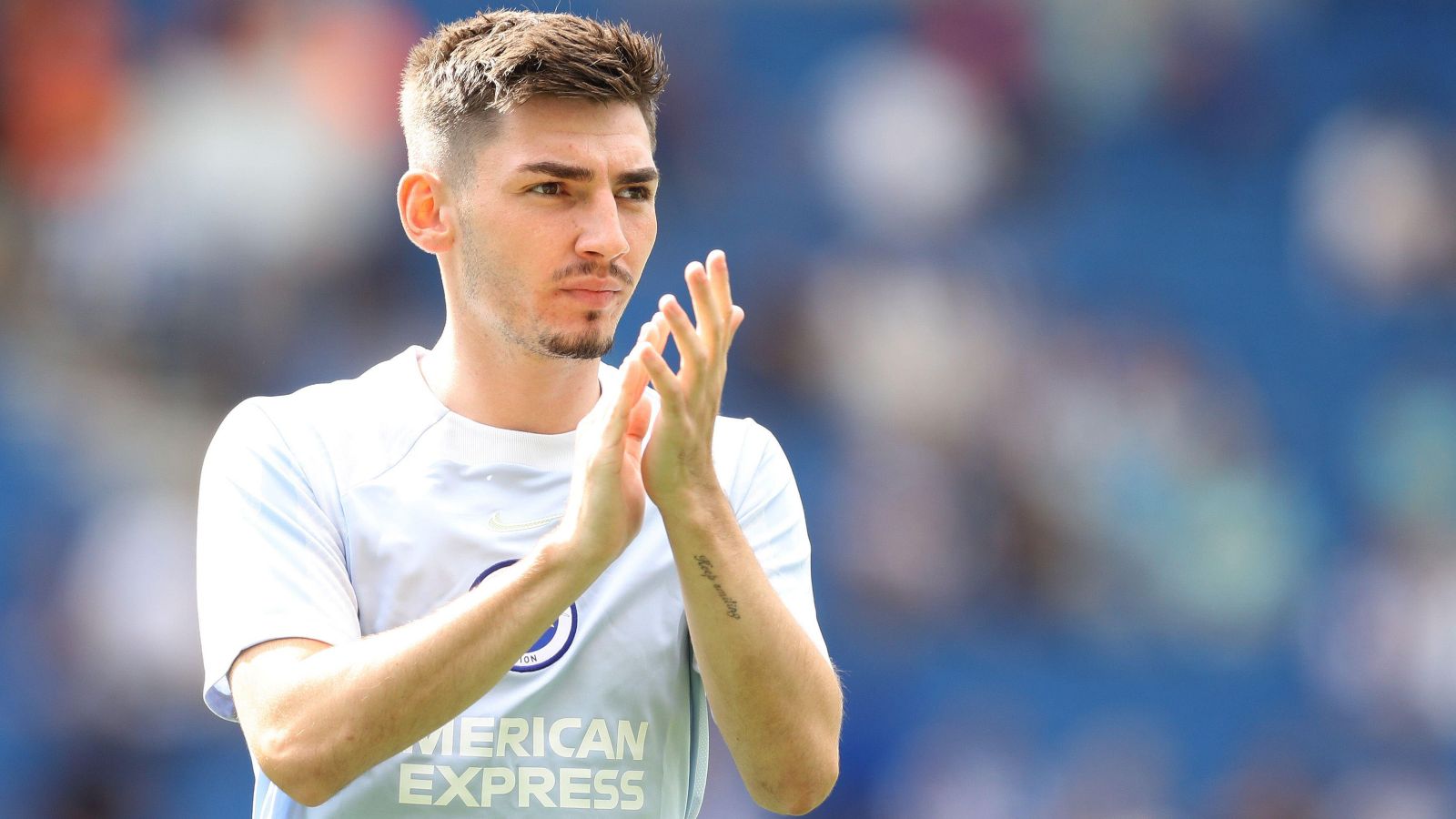 Graham Potter’s departure from Brighton earlier this week has left former Chelsea youngster Billy Gilmour in ‘limbo’, according to reports.

It was confirmed on Thursday that Chelsea had hired Potter from Brighton as a replacement for Thomas Tuchel, who was sacked on the Wednesday morning.

After joining the Seagulls in 2019, Potter avoided relegation in his first two campaigns at the Amex Stadium before leading them to an impressive ninth-placed finish last term.

Potter achieved wonders on a fairly limited budget in Premier League terms and brought in a number of promising players again this summer, including Gilmour, who joined from Chelsea for just over £9m.

And The Sun claim that Gilmour ‘was persuaded to make the move to Brighton by Potter’ and ‘told pals he only chose the Seagulls because of the way Potter plays’.

The report adds that Gilmour wanted to stay at Chelsea before Potter’s intervention and has been left ‘baffled’ by the manager’s decision.

Brighton has today published a letter written by Potter as a farewell to the club. The former Swansea boss wrote on the Brighton website: “This has been three wonderful years with a club that has changed my life, and I want to take a moment to say goodbye to all of you who have made it such a special period of my career.

“I bid farewell to a great club and one that will always mean so much to me and my family. For some I recognise that the change that comes so suddenly in football can be hard to accept. I may not be able to persuade you all to forgive my departure – but I would at least like to take the chance to say thank you.

“All good clubs need great owners and great fans. Brighton & Hove Albion have both. I will cherish the relationships I built in all aspects of the club. My players went above and beyond. My staff gave everything. At the heart of it were the Albion fans. On every matchday at the Amex, the connection with the team was strong. When we played away you came in your thousands to roar us on. I know what you have been through to see your club finally in a modern stadium and thriving in the Premier League. I felt it every time I stood on the touchline.

“To those of you who stopped to chat when I was in the city or further afield – and the many who wrote to me – all those connections meant a great deal. Your personal stories of following the club – of parents and grandparents who were fans – helped me to understand what makes Albion special.

“I hope that you will understand that at this stage of my career, I felt I had to grasp a new opportunity.

“I would like to thank Tony Bloom, Paul Barber and the directors for the opportunity they gave me three years ago and then the unswerving support that came with it. My gratitude also to Dan Ashworth and David Weir, two first-class technical directors. To the staff at both the stadium and the training ground: all of you have impressed me with the pride you have taken in your work. You supported the club and you also supported me through some tough times in my personal life.

“Brighton & Hove Albion is a club full of good people who work together in the right way to accomplish things.

“We have shared some brilliant moments. The 3-0 win over Tottenham Hotspur in my first season stands out. So too, the 2-1 win over Arsenal after lockdown. It was an amazing afternoon, especially given what many had gone through in the preceding months. My only wish was that our supporters had been there to enjoy that with us.

“When the stadiums were partially-opened we experienced an incredible atmosphere for the 3-2 win over Manchester City in the final home game of the 2020/21 season. I know many of you enjoyed the 4-0 win over Manchester United last season. We finished that season with a 3-1 win over West Ham on the final day to seal a record points tally for the club and a highest-ever league position. These are great memories.

“The Albion has given me that and more. I feel I am a better person and a better manager for the experiences I have had here. Not every team selection or decision has been perfect. But the club has created an environment that gives you the scope to make mistakes, learn from them and then improve. I have always tried to act with integrity and be a good person. These are values I hold dear, and I know that the Albion do too.

“What turned out to be my final match against Leicester City last Sunday was a good way to end. I did not know at the time that it would be the end, but looking back now we played so well. There was so much positivity around the club. The last few days have been an unexpected whirlwind. Leaving the training ground for the last time  was a poignant moment. Not only for me, but also for Billy, Bjorn, Kyle, Bruno and Ben.

“Albion fans know that with Tony, Paul and David the club is in safe hands. To my successor, whoever that may be, I would say, congratulations. You’ll be working for a great club with a fantastic squad, supported by a great chairman and board. The squad are playing at a high level and will get better. Most of all, the supporters will get behind the team home and away.

“To everyone at Brighton & Hove Albion: thank you. It has been a pleasure and honour to serve the club over the last three years. I wish you every success going forward.”