Home All The News Potter: Brighton ‘excited for challenge’ against ‘relentless’ City 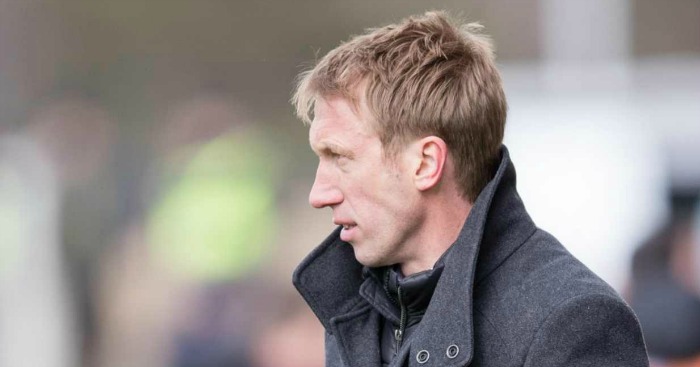 Graham Potter says Brighton’s players must go to the Etihad Stadium believing they can end the club’s 30-year wait for a league victory over Manchester City.

Albion have lost their four previous Premier League meetings with the champions by an aggregate score of 11-2 and also suffered an FA Cup semi-final defeat to Pep Guardiola’s side last season.

The Seagulls have not beaten City over 90 minutes since a re-taken penalty from Alan Curbishley and an Ian Brightwell own goal earned a 2-1 success at the Goldstone Ground on April Fool’s Day 1989.

“It’s been a while, hasn’t it? We know that’s the challenge,” said head coach Potter at his pre-match press conference.

“They’ve had nearly 200 points the last two years in the Premier League, it’s an incredible performance.

“They’re a fantastic team, so we know the challenge. It’s a huge one but it’s one we’re excited for and looking forward to.

“The great thing about football for me is that you should approach every game thinking that there is a chance you can win and also an understanding that you can lose.

“I think that’s what’s brilliant about football. When you lose that, I don’t think it becomes fun.

“We have to go there believing that we can win, understanding the enormity of the challenge because I have huge respect for Manchester City and what they’ve achieved. They’re a fantastic football team.

“I just think they are really relentless. It’s a huge credit to Pep because he organises a bunch of really good players to be a fantastic team, in and out of possession – create the most chances, concede the least.”

Brighton, who suffered their first loss under Potter at home to Southampton last weekend, bounced back by beating Bristol Rovers in the Carabao Cup on Tuesday.

The Seagulls will be without suspended forward Florin Andone following his dismissal against Saints, while Dutch striker Jurgen Locadia joined German club Hoffenheim on loan on Thursday.