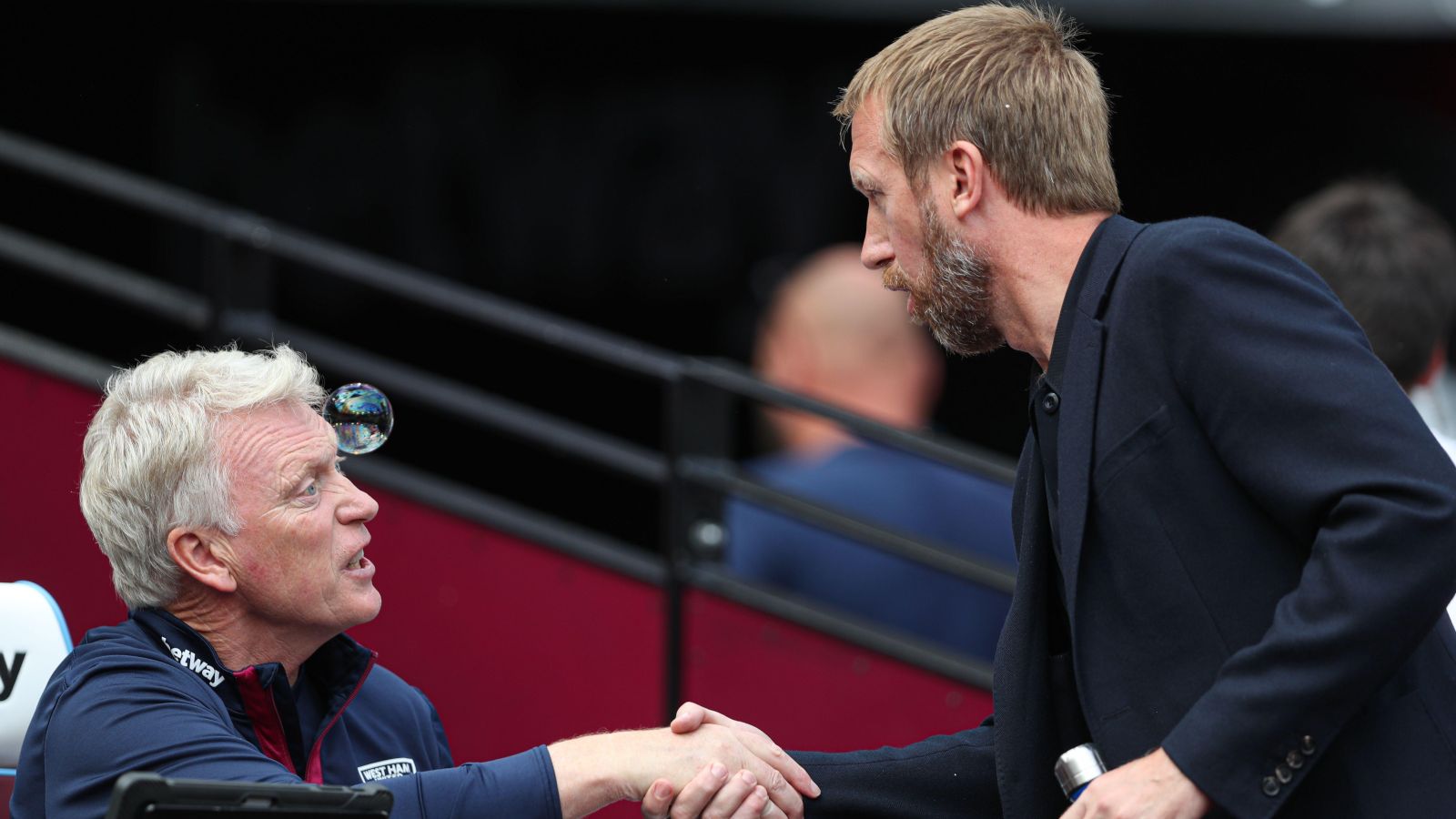 Danny Mills reckons Graham Potter will face an “even bigger step up” if he takes over at Chelsea than David Moyes encountered when he swapped Everton for Man Utd.

Potter has reportedly been granted permission to speak to Chelsea after the west London club made an approach on Wednesday after announcing the sacking of Thomas Tuchel.

The Brighton boss is expected to travel down to London today to speak to Blues owner Todd Boehly about potentially taking over with Chelsea hoping for an appointment before the weekend’s match against Fulham.

The sacking of Tuchel has shocked some but reports insist that Boehly had decided to take action a while before their 1-0 defeat to Dinamo Zagreb last night with disagreements over strategy and transfers.

And that has led former England international Mills to describe Chelsea as “a little bit of a snake pit” while warning Potter of the tough job he faces at Stamford Bridge.

“It is a huge step up in terms of Champions League football, those types of things. We all understand that.

“But it seems to be a little bit of a snake pit at the moment.

“Chelsea have all those new players coming in, lots of different opinions, the ownership structure – we don’t really know who is sat at the top of that or who is working under who or who is in charge.”

“Going into Chelsea is about managing those players and their egos more than anything else. It is not necessarily about being a good coach.

“Graham Potter is a fantastic coach but he hasn’t had to make that step up. Is it the equivalent to David Moyes going to Manchester United?

“It is an even bigger step up, to go from Brighton where he can go a little bit under the radar and do his own recruitment to go to Chelsea where the expectations are huge, it is very difficult.”

Chelsea announced the decision to sack Tuchel in a statement on their website on Wednesday morning, it read: “On behalf of everyone at Chelsea FC, the Club would like to place on record its gratitude to Thomas and his staff for all their efforts during their time with the Club. Thomas will rightly have a place in Chelsea’s history after winning the Champions League, the Super Cup and Club World Cup in his time here.

“As the new ownership group reaches 100 days since taking over the Club, and as it continues its hard work to take the club forward, the new owners believe it is the right time to make this transition.

“Chelsea’s coaching staff will take charge of the team for training and the preparation of our upcoming matches as the Club moves swiftly to appoint a new head coach.

“There will be no further comment until a new head coach appointment is made.”