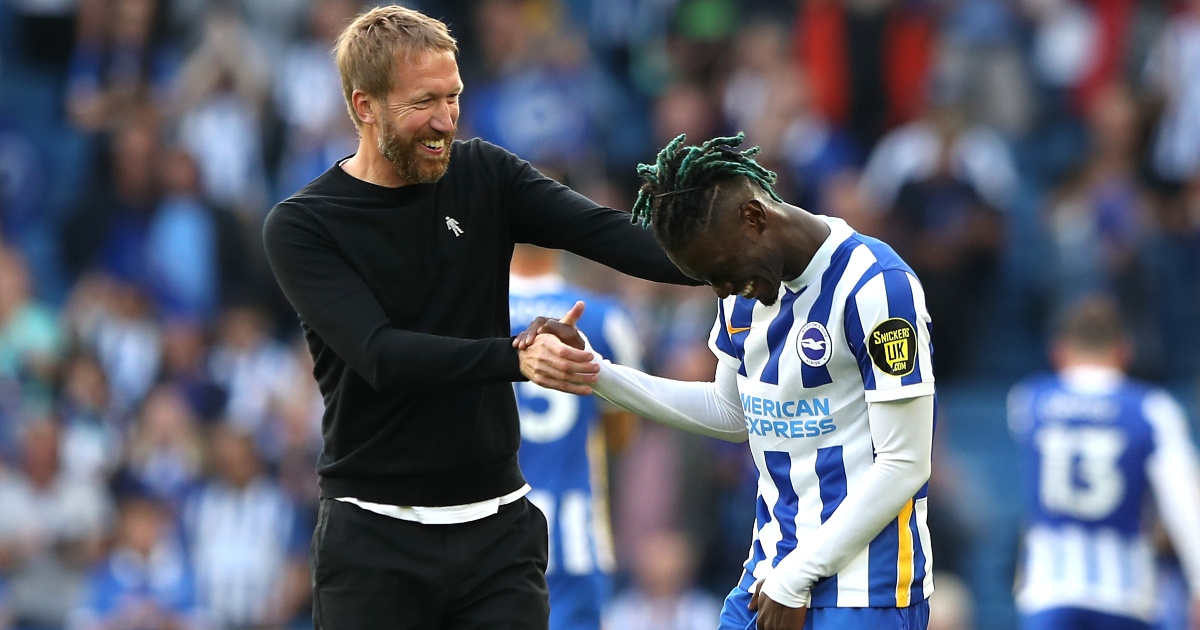 The Mali international has become an integral part of Potter’s team, but missed the Seagull’s 1-1 draw against Crystal Palace on Monday due to a knee injury.

The midfielder has been linked with a host of top clubs in recent months, including Liverpool, Manchester United, and Saturday’s opponents.

Potter will hope Bissouma can play against the Gunners and is fully aware of how crucial he is to his side.

He said: “We haven’t got a direct replacement for Yves.

“He is unique. We have to find a solution as a team. But we have got other options.

“We just have to find the right replacement for Yves if he does not make the game.”

Potter opted for Adam Lallana and Pascal Gross against Palace and has further midfield options in Alexis Mac Allister and Jakub Moder.

Brighton have started the season brilliantly and are one of the most in-form sides in the Premier League – alongside Mikel Arteta’s men.

The Gunners are on a high after beating their arch-rivals, Tottenham, at the Emirates Stadium on Sunday.

They have won three league matches on the bounce after losing all three of their opening fixtures against Manchester City, Brentford and Chelsea.

“For us to get a positive result against Arsenal, the team need to play well,” said Potter.

“They’re a high-quality Premier League team with some fantastic players.

“Obviously they’re in a really good moment because they had a fantastic win against their big north London rivals.

“They got off to a tough start (against Brentford) and then they played Chelsea and Manchester City and it’s interesting how the narrative is three games later, it’s a bit of a clearer picture.

“You can see the quality that Arsenal have, they’re very well organised, so it’s going to be a tough game.”