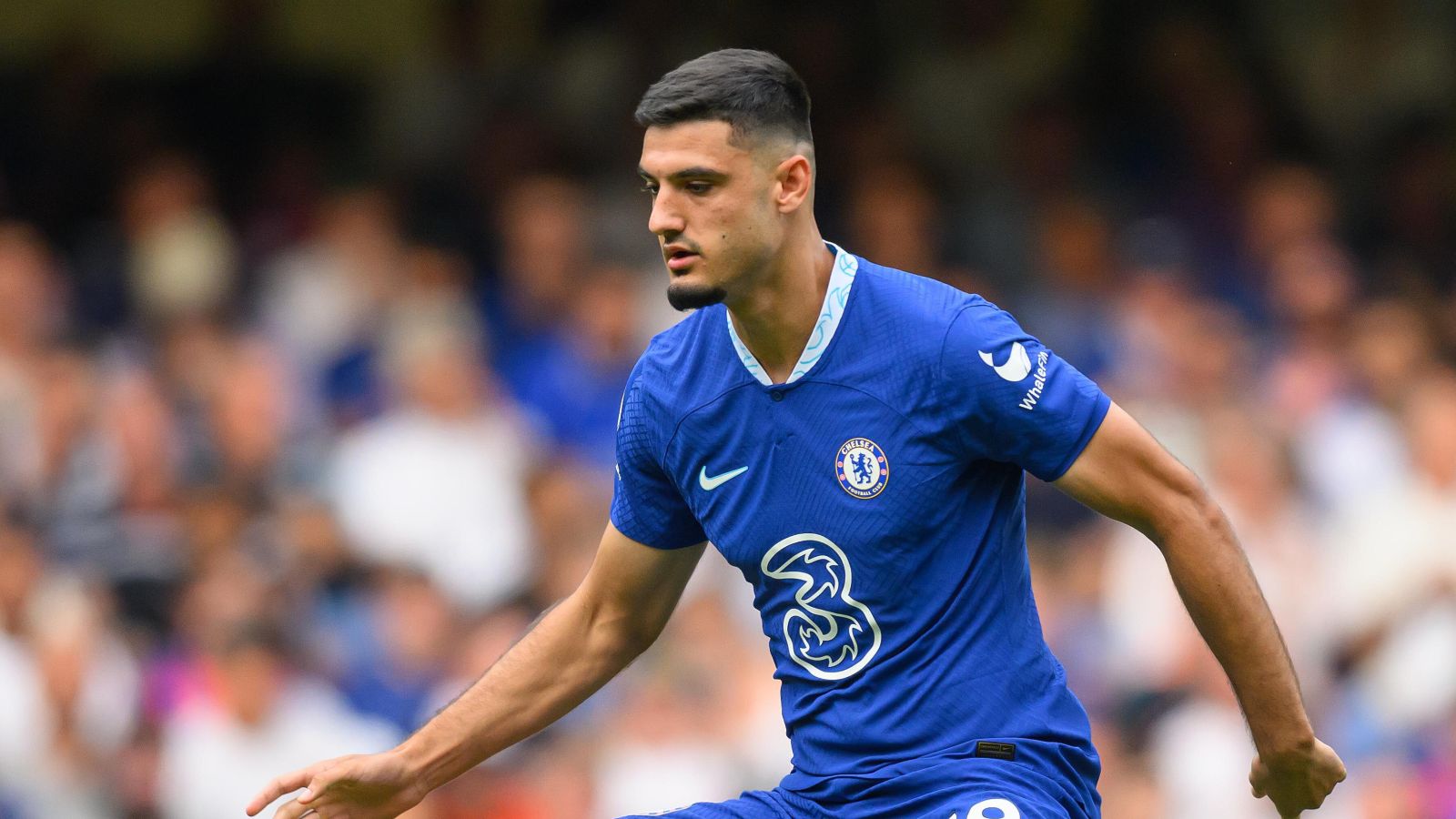 Armando Broja is reportedly set to start for Chelsea against Crystal Palace on Saturday.

The Albania international, who scored nine goals on loan at Southampton last season, has so far made six substitute appearances in all competitions for the Blues this term, totalling just 124 minutes.

A report just before the international break suggested Broja was ‘catching new Chelsea boss Graham Potter’s eye and he is close to earning a starting spot’.

The 21-year-old has ‘made a big impression in training’ and Potter ‘may put him in the starting XI soon’ despite the presence of Pierre-Emerick Aubameyang.

Potter was said to be ‘raving about Broja’s potential and ability to fit into his system’ as he looks to ‘implement a pressing’ style of play.

And now journalist Simon Phillips says Broja is  “expected to get the nod” against Crystal Palace.

“He’s very close, I’m surprised he hasn’t had it yet, but he had a small injury, so I think that held him up a bit,” Phillips told GIVEMESPORT.

“I’ve been told that he is expected to get the nod in the next game if all things go well between now and then and I think it’ll probably be ahead of Aubameyang, who still has a broken jaw issue, so I think Broja will start against Crystal Palace.”

Potter’s apparent desire to give Broja the chance to shine may be bad news for AC Milan, who are reportedly hoping to sign him next summer.

A report on Tuesday claimed the Serie A side have a ‘clear plan’ to bring in a new striker before the 2023-24 campaign, with Broja their preferred choice.

He is said to ‘fit perfectly with Milan’s football philosophy’ given his ‘technical qualities and physical structure’ and the Italian side are hoping Chelsea would accept an offer of around £27m.

Broja said last week that he feels “no pressure” to break into the Chelsea first team as he’s doing what he loves.

“For me there is not much pressure because I am playing football,” he said.

“I have been playing football since I was 3 years old. I have no emotions. Play for fun, to win and to help the team. There is absolutely no pressure.

“I’m always in shape. I exercise every day. We know that it is more difficult to get into the Chelsea team than to play for Southampton.

“I do train every day here in Albania as well. Physically, I am fine.”