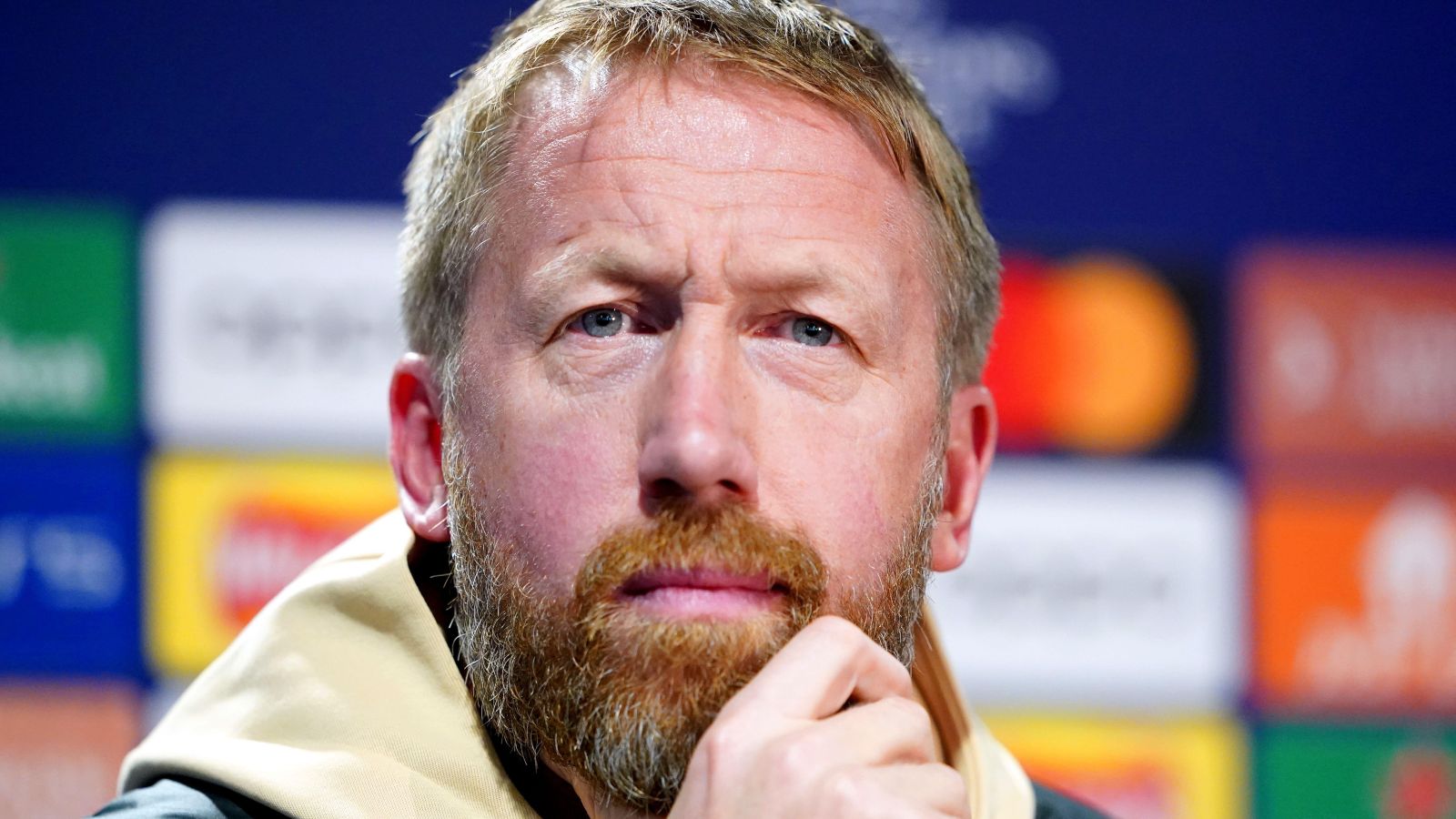 Graham Potter has given injury updates on Chelsea duo Wesley Fofana and N’Golo Kante while he is happy to have made a “little bit of progress” towards the club’s goals.

Just over ten minutes after netting his first goal for the Blues on Wednesday, in their 3-0 win over AC Milan, Fofana was taken off the pitch with a knee injury.

Fofana looked upset on his way off the pitch, indicating a bad injury, but Potter suggested it would be a matter of weeks than months for the Chelsea centre-back.

Potter told a pre-match press conference: “Wesley’s [Fofana] knee is not as bad as we thought. After the game [against AC Milan] we were concerned.

“It will be a few weeks we think. It’s considerably better than it could be.”

When asked if he could be back before the World Cup, Potter added: “Possibly, it depends how his rehab goes. We wouldn’t want to put too much of a timescale on it but there is a chance.

“N’Golo [Kante] is doing more and more integration with the team. He’s still not available for the weekend but he’s getting closer.”

The Chelsea boss replaced Thomas Tuchel a month ago and was bamboozled by a strangely-worded question from Sky Sports reporter Gary Cotterill.

Cotterill asked: “TT replaced by GP bit of a motor racing theme there, a month on are Chelsea on track for top four?”

To which Potter (looking confused) responded: “Sorry I’m just recovering from where that was going…I think we’ve made a little bit of progress from the first day to now, as you’d expect.

“There is a long way to go. We have to focus on the next match. We’ve got this incredible amount of games so rather than think too much about what’s going to happen at the end of the season, just focus on the next game.”

On Wolves being managerless, Potter continued: : “It’s one of those things, I have no idea. My focus is on us. They have a lot of talented players and you can’t control the opposition’s situation. They have been in games they have narrowly lost and we are expecting a tough game. Historically it’s a challenge playing Wolves.”

Diego Costa could be playing against his former club at the weekend, Potter added: “He’s a Wolves player and he is going to come and be ready to play.

“Everyone at this club knows how good he’s been. I followed his career from afar and I have huge respect for him and what he has achieved as a player.”

Asked whether the former Spain striker will get a good reception, Potter replied: “I would hope so. When players have achieved something at the club you hope for that, but that’s not for me to decide.”