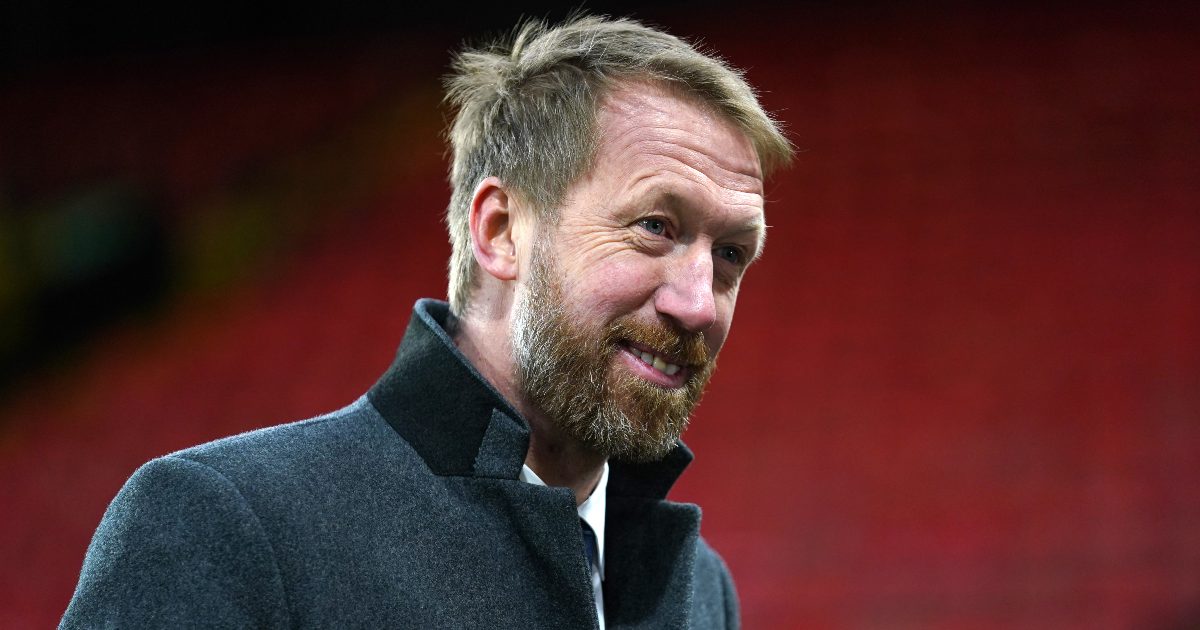 Brighton & Hove Albion manager Graham Potter has praised Cristiano Ronaldo ahead of his side’s clash on Tuesday against Manchester United.

This will be Potter’s 100th Premier League game in charge of Brighton.

Ronaldo has been criticised in recent weeks as he is without a goal in six games across all competitions.

Potter has never previously faced the prolific 37-year-old Portugal forward and feels the football world sometimes focuses too much on individuals.

“You run out of superlatives in terms of what he’s achieved in his career and the player that he is,” Potter said of Ronaldo.

“He’s had an absolutely amazing career, world-class, it’s out-of-this-world class. There’s nothing else to say with that.

“Too often we zoom into individuals and forget it’s a team game. Sometimes when the team isn’t scoring, the person at the front of the pitch gets the zooming in, we’ve had it ourselves with Neal (Maupay), for example.

“I’ve never played against him, we’re looking forward to going there and pitting our wits against one of the best players of all time.”

Brighton have gone seven league games without defeat and are flying high in ninth place following Saturday’s 2-0 success at Watford.

Although the 20-time English champions have struggled to convince under interim manager Ralf Rangnick, Potter is braced for a tough assignment as the Seagulls seek a maiden win at Old Trafford.

“Regardless of what the narrative around Manchester United is, you only have to look at the players that they have,” said Potter

“And going to Old Trafford in itself is a huge challenge because the crowd are so powerful there; the way they play, in a moment the game can completely change because they’ve got world-class players.

“We have to maintain that humility and maintain that respect for our opponent and then try our best to play the football that we want to play and see how the game goes.

“The game is another test for us to see how our game has developed in as tough an away environment as you can get.”

Former Ostersunds and Swansea boss Potter began his Brighton tenure with a 3-0 win at Watford in August 2019 after replacing the sacked Chris Hughton.

He has dealt with the death of both of his parents and the coronavirus pandemic during his time at the Amex Stadium to reach a century of Premier League games in the dugout.

“After the first game, I probably thought I could get 600 games because we won 3-0 and I thought, ‘this is easy’ – how wrong I was.

“The first year here was the toughest year of my life in terms of the challenges on and off the pitch.

“To come through that and still be here and still be progressing the team and part of this great football club is something I’m very happy about and grateful for.”