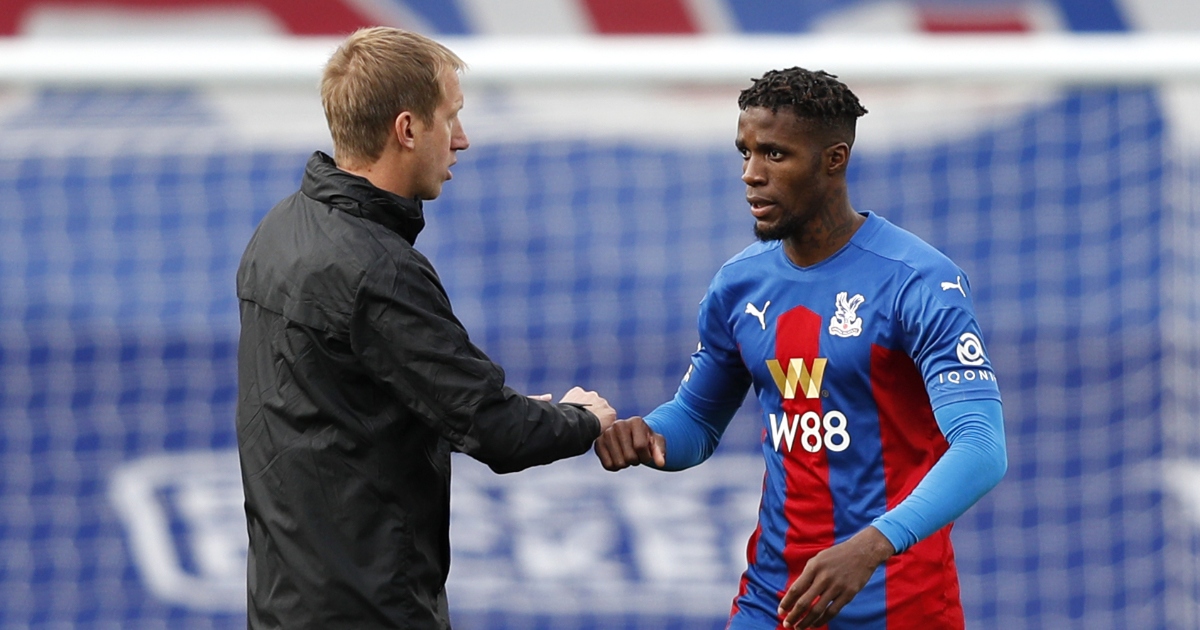 The Seagulls face Palace at Selhurst Park on Monday evening, with Potter seeking his first victory against his club’s fiercest rivals at the fifth time of asking.

Albion have started the season brilliantly, winning four of their first five league matches, as well as reaching the fourth round of the Carabao Cup.

And Potter knows that keeping Zaha quiet can only help enhance their terrific start.

“He’s a top player,” he said. “He’s one of the Premier League’s most dangerous players.

“He’s very, very talented and he has played at a high level for a long, long time. We have a lot of respect for him as a player and what he’s achieved.

“Like all of those guys, you have to be wary.

“But they’ve got other players as well, a good team, so we have to play well as a team.”

Brighton’s poor record against the Eagles is something Potter is keen to address. His side lost 2-1 in this fixture back in February, which was particularly tough to take after dominating the match.

“Results-wise it hasn’t been particularly favourable,” he added.

“It’s something we want to address and turn around, but Palace are a good team as well, they’ve got some good players.

“We’ve had a really good start and it would be fantastic to get another good result, but we can’t think too much about that, we’ve just got to think about how we’re going to get the result.

“We have to play well to quieten the atmosphere down, try to get ahead in the game, but at Selhurst Park the crowd are always involved in the game.”

Elsewhere, Arsenal legend Ray Parlour has called for his former club to sign Brighton midfielder Yves Bissouma as he has “got everything” you need.

Parlour was full of praise for Bissouma during his latest appearance on talkSPORT. He believes that the Brighton central midfielder is going to be a “top star”:

“I would love to see (Bissouma) at Arsenal, I said that in the transfer window,” Parlour said.

“He’s the one who’s going to keep everything ticking over.