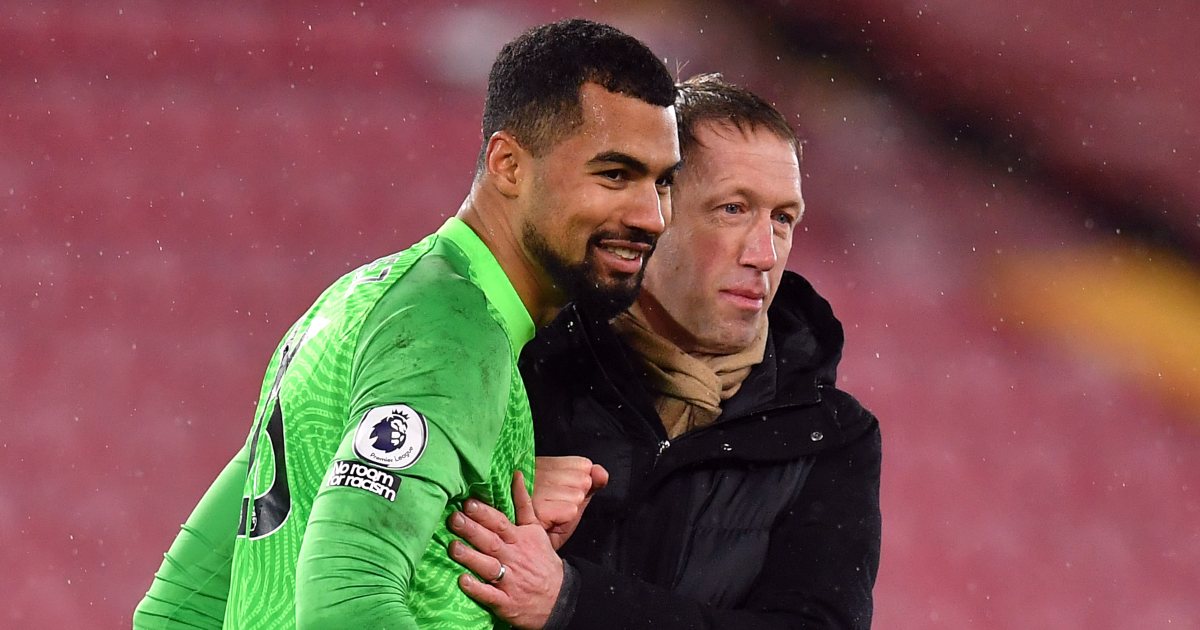 Brighton boss Graham Potter insists he will prepare for Burnley in precisely the same way as he prepared for Liverpool.

The Seagulls sprung a huge surprise with a 1-0 win against the champions at Anfield on Wednesday night. He topped our Premier League winners and losers column.

Next up is another trip to the north west and a different test in the shape of Sean Dyche’s Clarets, who lie just one place above the bottom three.

But Potter said: “It’s the same in terms of the challenge of the game, it’s the Premier League.

“I’ve said before every game in this league is so difficult and brings a different dimension.

“Burnley are very good at what they do and they make it very difficult and they’ve got a real clarity of what they are trying to achieve.

“I have huge respect for Sean Dyche and the job he has done there. Fantastic. I like what they do a lot. You can see the work. So it’s going to be a tough match.

“It’s the same in that you have to have the balance in defence and attack. You have to be aware and respectful of the opposition.

“Every opposition brings something different, it’s an incredible test and we should never lose sight of that in the Premier League.

“It doesn’t happen very often that you go to the champions and win, so we’ll enjoy that, but pretty quickly we’ll be back down to earth.”

All five of Wednesday’s matches resulted in away wins, providing further proof that home advantage has been eroded by the absence of fans in the stadiums.

Potter admitted: “I think it’s fair to say that with a crowd, at night, 8.15 kick-off, Anfield is a completely different place, a different animal.

“That’s the same for all the teams. It’s an external factor that plays a huge part in football.

“We’re all at the point where we’re missing the crowds, missing the people, but we have to get on with it and look forward to the day when everybody returns because it’s going to be special.”