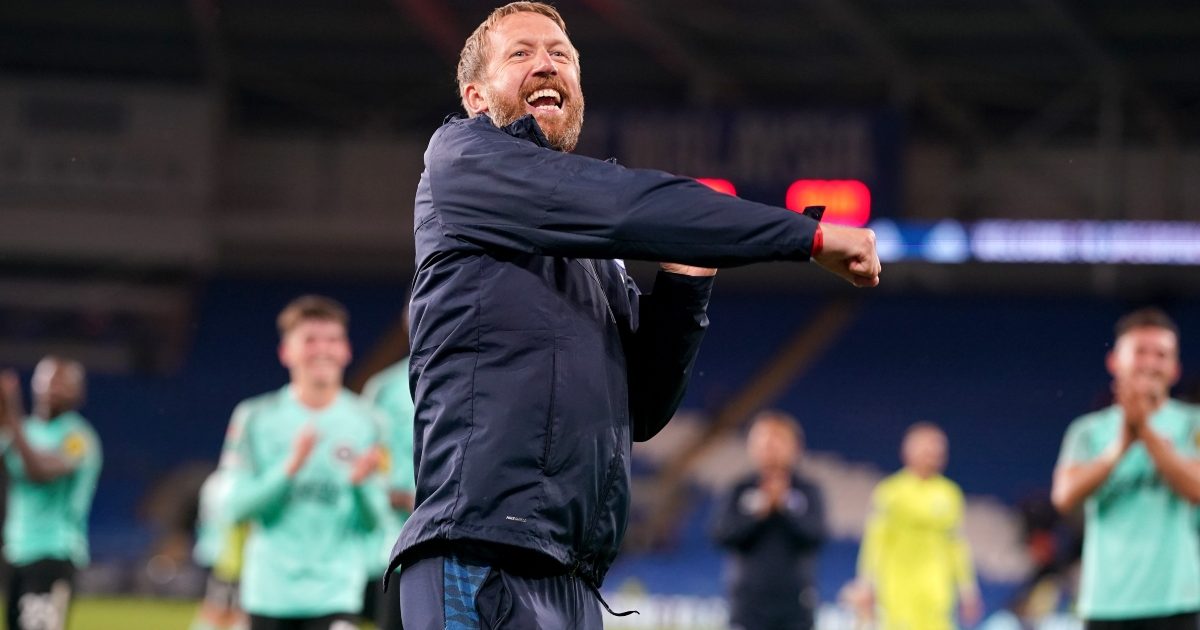 Potter, who joined the south coast club from their opponents in 2019, saw his side clinch a spot in the next round thanks to two goals from Connolly.

The win adds to an impressive start to the season for the Seagulls, despite naming a completely different line-up from their win over Leicester City at the weekend.

Martial resolution is clear, but what do Man Utd do about Donny?

Brighton will face Leicester again in the coming weeks after being drawn away at the Foxes in the next round of the cup.

Potter was pleased with his side’s progress, telling Independent.ie: “(I’m) delighted to go through, I think it was a tough game, two teams going at it. I thought Swansea contributed really well, they were fantastic as well.

“Really pleased with our players, I thought the attitude was great, commitment to the game, showed good respect to the opponents and worked really hard.”

The 46-year-old also voiced his pleasure in seeing young forward Connolly on the scoresheet, adding: “Obviously Aaron’s finishes are the difference.

“I thought he took the goals really well and it’s great for him in terms of his confidence because it doesn’t matter what you say, it’s nice for the guys to score and he did so really happy with him, I thought he worked for the team as well so a really good night.

“Aaron’s a good kid, he’s a really nice kid, there’s no problem with him at all. He’s just sometimes young and wants to play and he can get frustrated, he’s a human being that’s the truth.

“Everyone loves him here, we want to help him, help him reach his full capacity. He’s only young and he’s going to make mistakes and it’s not going to be a straight road for him but the quality is there.

“I think that side helps him in terms of his finishing but he contributes for the team defensively, he works for the team, his reactions were really good so he gets his reward and I’m delighted for him.”

Connolly burst onto the scene in 2019 with a superb brace against Tottenham on his first start for the club, but has found goals hard to come by since.

Both player and manager will be hoping that Wednesday’s double will help the Ireland international kick on.