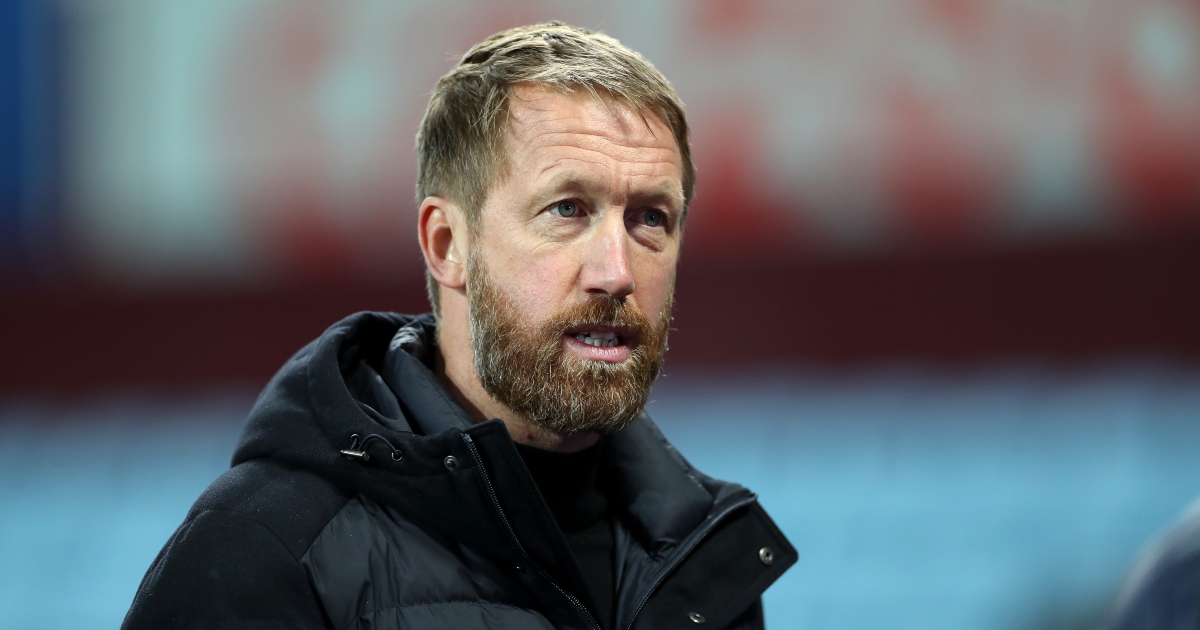 Brighton manager Graham Potter has revealed Adam Webster and Enock Mwepu are both unavailable for their clash with Aston Villa.

Seagulls boss Potter confirmed that Webster has suffered a setback in his recovery from a groin injury, while Mwepu’s hamstring problem will not clear up in time for the game.

“Both look like they may be struggling, we will see. A little bit of a setback for Adam,” Potter said.

“He is not quite ready so we need to keep working with him. Disappointing but these things happen sometimes.

“Enoch, probably the weekend will come too soon for him so that is a little bit disappointing.

“A little bit of illness around, but apart from that we have pretty much everybody back. Lewis Dunk is back from suspension so that is good.”

Dunk returns following a one-match ban for the red card he received in the 2-0 defeat at Manchester United.

“It has been a frustrating time for Lewis because he has had a period of time out, he came back in, just getting that match fitness which is important for everybody, and to be suspended is frustrating for him,” Potter added.

“But from a team perspective it is good to get him back.”

The Brighton boss has also confirmed Shane Duffy and Robert Sanchez will not be punished for their on-field spat last week.

Frustrations boiled over during the 3-0 defeat to Burnley, with the pair clashing on the field at half-time.

Potter has spoken to the pair, but there will be no club fines.

He said: “I have spoken with them, of course. As I said after the game, it is frustration, it is all the things you can understand, but at the same time the challenge is for us to manage it and display it in an appropriate way and not let it harm us in terms of not being the best version of ourselves.

“It wasn’t helpful to Shane or Rob or the team, they acknowledged that.

“The reality is that it’s two young men, highly motivated, caring deeply about the team and club, frustrated, (who) sometimes need help to understand how to manage that frustration and anger.

“When you talk about action, it’s about helping them understand that really.”