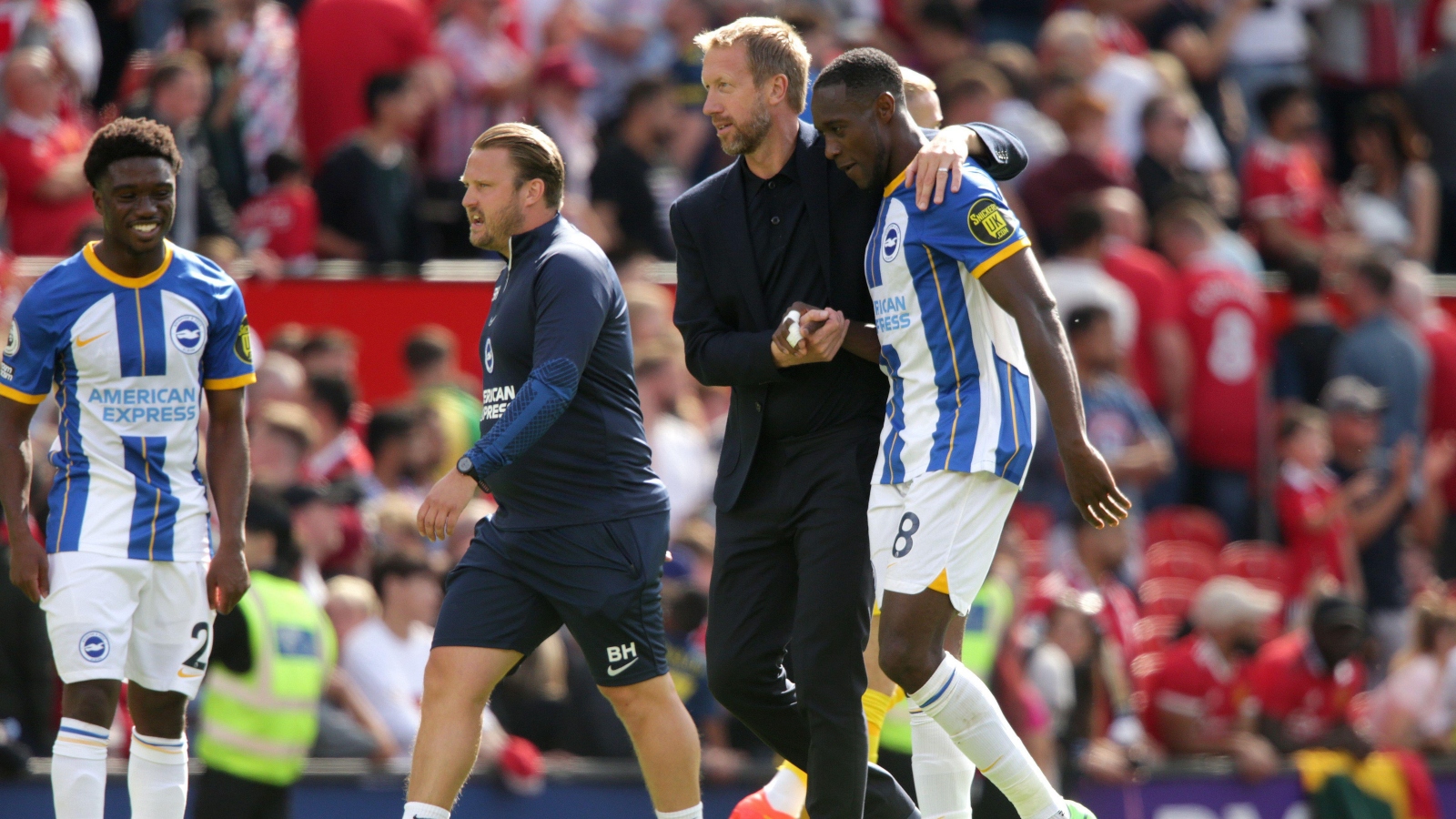 Graham Potter insists it was a “no-brainer” to keep Danny Welbeck at Brighton this season.

The 31-year-old was one of the key components of his side’s 2-1 victory at Manchester United on Sunday.

Welbeck, a former Red Devils striker, led the line as the Seagulls picked up their first win at Old Trafford in the Premier League.

Such was the impression Welbeck made, former United captain Rio Ferdinand said he could have been playing for the hosts instead and asked why they had not moved to sign him when his Brighton deal expired at the end of last season.

Albion, however, exercised their right to extend Welbeck’s stay by at least another year and Potter is delighted to have retained the FA Cup and Premier League winner.

“I didn’t have any doubts, no,” he replied when asked if there was ever a time he thought Welbeck would depart.

“It was a no-brainer to me because of what he brings on and off the pitch.

“He is as impressive off the pitch as he is on it so when you have got that then you realise that is a valuable asset.

“I have always kept it quite simple with Danny; if he is playing and he is enjoying his football and he’s fit then everything else takes care of itself.

“Then you can see his quality and then you can see what he brings to any team so it is really exciting for us, the level he is at, and the job now is to keep him at that level.”

Potter may have stopped short of calling for Welbeck to earn an international recall, having picked up the last of his 42 England caps almost four years ago while playing for Arsenal, but does believe he is in fine form.

“That noise, it is either positive or negative,” he said of the recent praise.

“You prefer it to be positive but Danny is old enough and wise enough to know not to get too carried away with that.

“He has had a lot of ups and downs in his career, especially recently, so he is just enjoying the moment, he is present with the team, wants to help the guys and is enjoying his football and long may that last.

“I think it’s just for me to say that Danny Welbeck is probably in the best condition he has certainly been in since I’ve been working with him, is enjoying his football.”

Wright was full of praise for the Seagulls, but insisted that a striker like Danny Ings would be a perfect player for Potter’s system.

He said (quotes via HITC): “I can’t remember watching Brighton, since Graham Potter has been there and say ‘oh, they don’t look right today, it’s not happening’.

“They are so well-drilled and well-coached, then they will do that (beating Manchester United) to a lot more teams. The only problem holding Brighton back is the chances that they miss.