Home All The News Potter: Swans’ relegation could be ‘best thing that happened’ 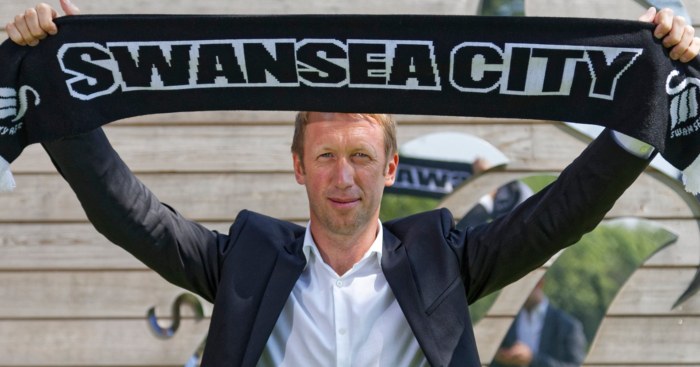 Swansea have named Graham Potter as their new manager.

Potter, 43, has signed a three-year contract after leaving Swedish club Ostersunds and will bid to guide the recently-relegated Welsh club back to the Premier League.

“Swansea City are delighted to announce that Graham Potter has been appointed as the club’s new manager,” read a club statement on their official website.

“Potter has (on Monday) signed a three-year contract at the Liberty Stadium after leaving Swedish club Ostersunds to take charge of the Swans.”

“We know how frustrating the last few years have been, but hopefully the relegation will be seen in a few years’ time as the best thing that ever happened to the club.

“We will try our best and work hard every day to give the supporters a team they can feel proud of; they can connect with and see are trying to improve.

“I had an amazing journey at Ostersunds from a personal and professional perspective. People talked about me coming back to the UK quite often, but it was always about the right opportunity.”