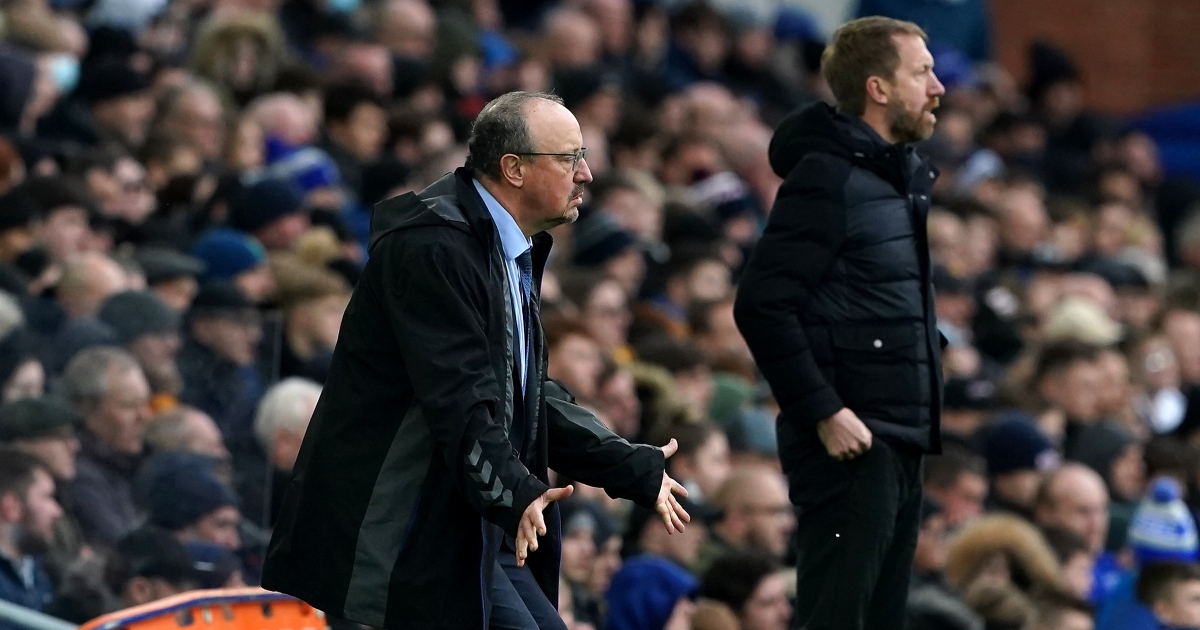 Brighton head coach Graham Potter insists he is “very happy” at the club amid rumours linking him with the Everton job.

The Toffees are searching for a new manager after sacking Rafael Benitez following just one win from 13 top-flight games.

Potter, whose contract runs until the summer of 2025, has impressed since arriving at the Amex Stadium in 2019 and has the Seagulls flying high in ninth place ahead of Tuesday’s visit of Chelsea.

Everton are trapped in endless Blue Monday; Rooney should avoid

“I can’t comment on speculation, things that are out there in the newspapers,” he said.

“I’m focused on my job here, very happy here at, in my opinion, one of the best-run football clubs in the Premier League, with a fantastic owner, chairman, CEO, sports director.

“(There are) great people at the club, a nice environment to work in, an ambitious club, so I just get on with my job here and do my best.”

Graham Potter responds to reports linking him to the Everton manager position pic.twitter.com/qysKnKcaf5

Former Ostersunds and Swansea boss Potter has been connected to a number of other clubs during his time on the south coast, including Tottenham and Newcastle

The 46-year-old also came under pressure in the job last season after Brighton failed to win any of their opening ten top-flight home matches.

While many within the game regard him as one of most talented English managers, Potter believes his growing reputation is down to a collective effort.

Asked if he was flattered by the rumoured interest, Potter replied: “No, not really.

“It’s just the speculation or people want to write something.

“The reality is I’m at a really good football club that helped me. I’m not here because I’m that good, it’s because I’m at a good club and I have good support.

“I have people that allow me to do my job, that give me support, give me trust and these things are important, there’s an organisation around the club.

“You just can’t help what people write or put out there.”